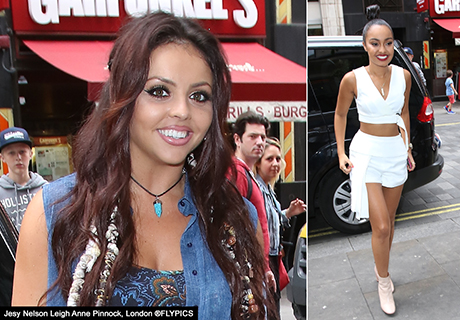 X Factor UK 2011 winners Little Mix stars had two reason to celebrate as their widely promoted Black Magic single has hit the number one position in the UK charts. There was also congratulations for singer Jesy Nelson who has reportedly got engaged to singer Jake Roche from pop bad Rixton. 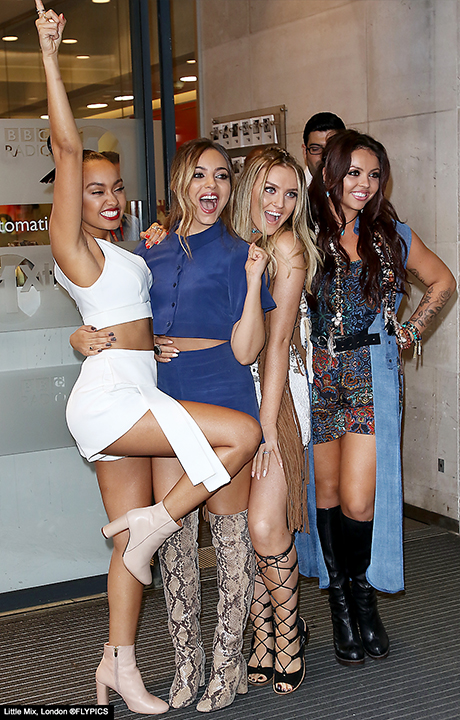 The recently engaged couple that met only a year ago looked totally smitten when FLYER News spotted them in London last week. 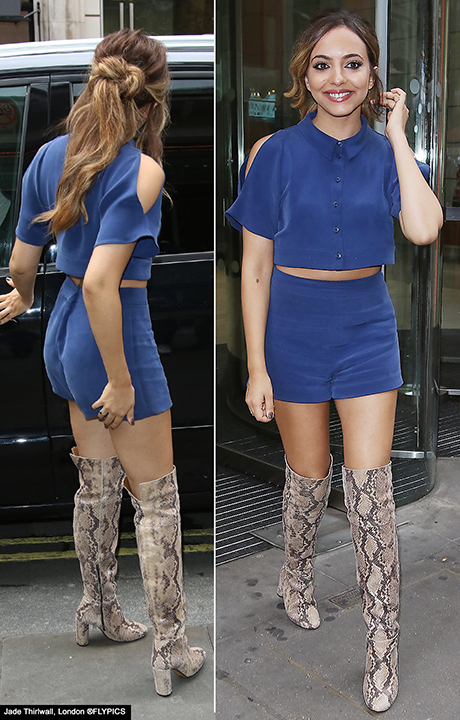 The girl-group who’ve recently put their name behind their self-titled fragrance range turned heads in central London when they were spotted at BBC Radio 1 and H&M in Oxford Street. 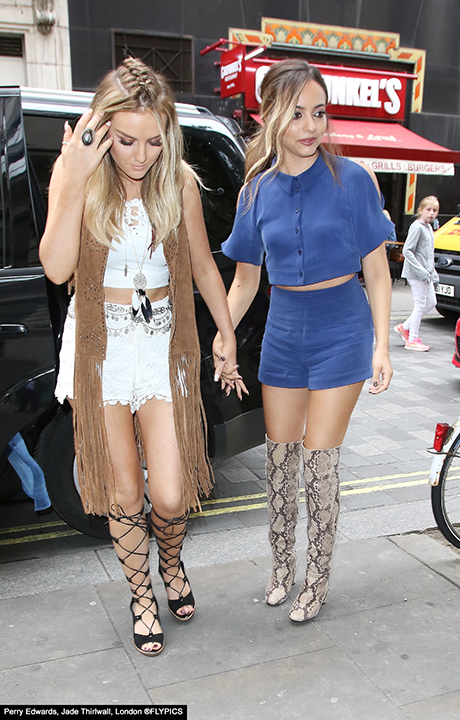 Perry Edwards also looked fabulous wearing lacy white crop-top and shorts, strappy heals and suede garment. Perry looked to have put to one side her personal set-backs as she focussed on her music career. 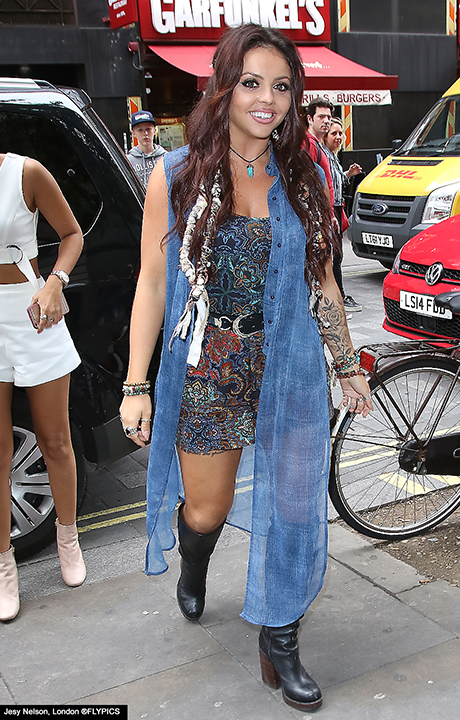 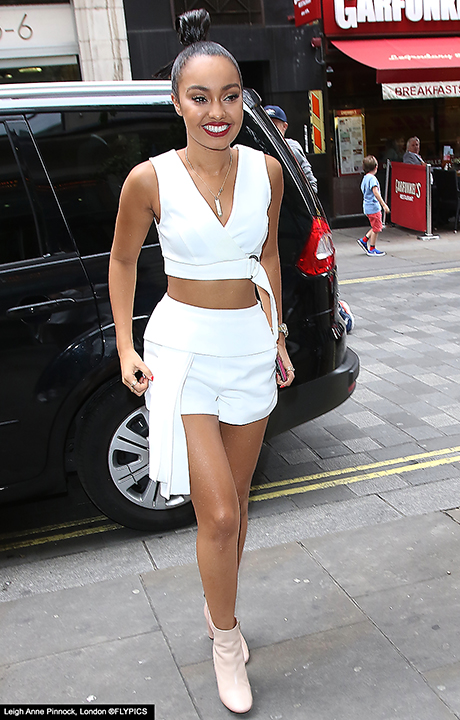 Stylish singer Leigh Anne Pinnock flashed her long pins wearing a plunging white crop-top and stylish hot-pants. The Girls turned heads in the capital when they were spotted at the BBC studios in London.

Fifth Harmony left a lasting impression and certainly gave Little Mix a run for their money on style. The well polished US. group pulled in an army of UK followers during their short visit to the capital. 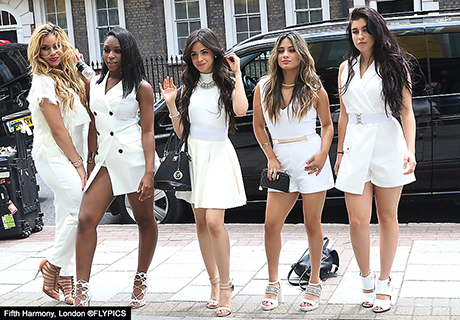