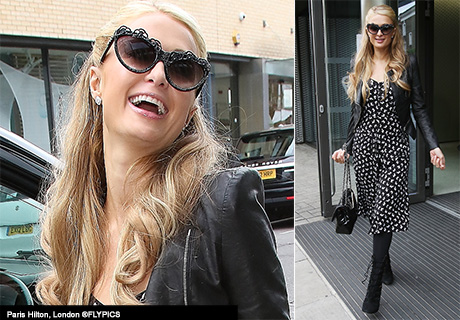 Heiress to Hilton hotel hotel empire Paris Hilton certainly new how to rock a variety of styles shortly after touching down in the capital. The star is pictured above rocking a pair of retro glasses and patterned dress as she exited MTV studios in London. 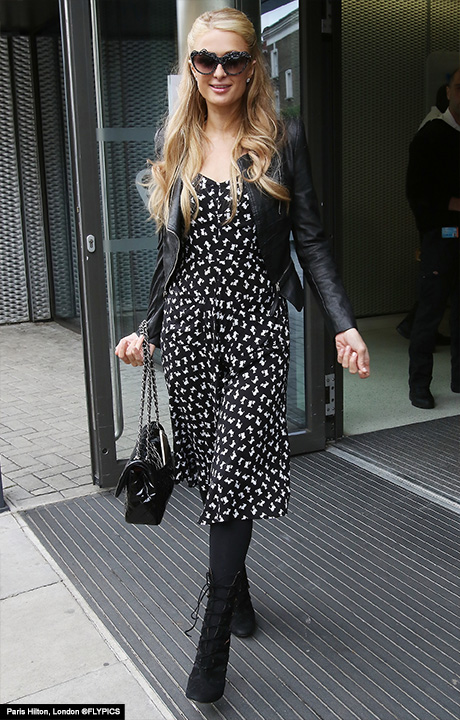 The hype around her visit to the UK was at times over bearing given that the star barely raises an eyebrow amongst paparazzi state side however Paris did her best to work the British media with a series of high profiled events.

With launches scheduled in London and Liverpool, the red carpet was also rolled out at Kings Cross/ St Pancras where the star was given the ultimate VIP service after paparazzi reported her limo was driven on to the concourse. 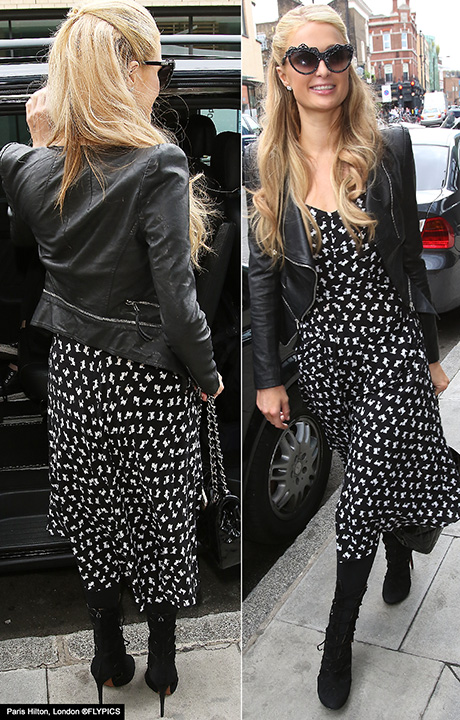 Paris rocked a variety of outfits during her promotional day, which included a visit to Radio One and Capital FM in central London. Paris was seen wearing knee high boots, low cut grey mini dress and leather jacket. 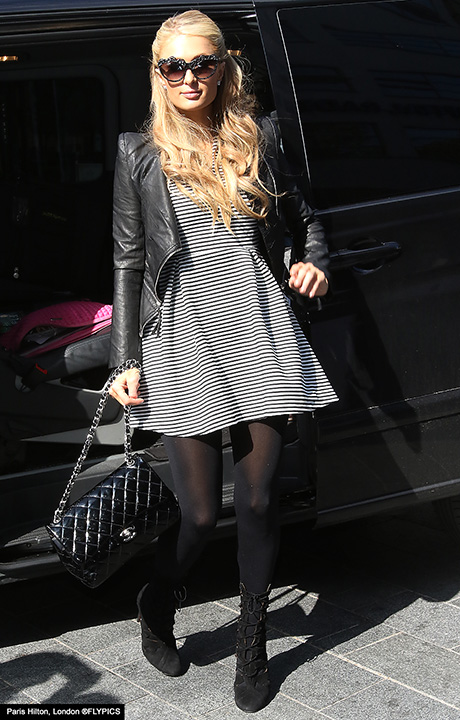 Later during the day Paris was spotted at MTV wearing a full-length patterned dress at MTV studios in Camden, London.