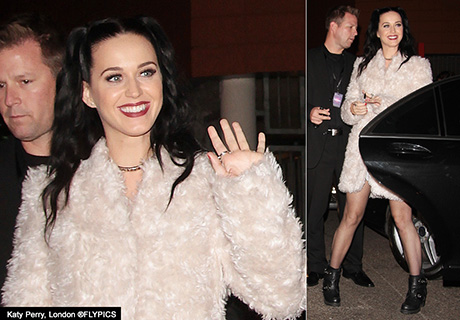 Wearing a thick white wooly overcoat and buckled biker boots, singer Katy Perry surprised fans by stepping out to great them as she exited the iTunes festival in London. 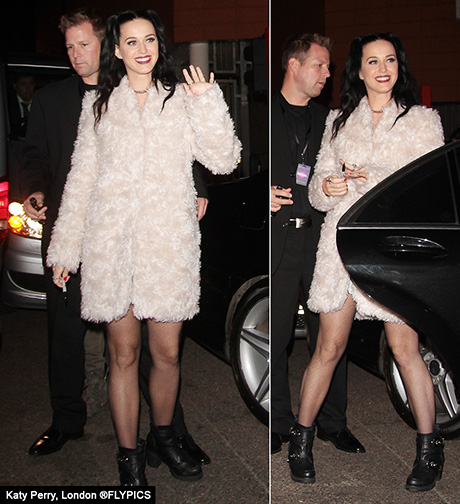 Earlier, the American singer/songwriter appeared reluctant to meet her fans by choosing to use the underground car park at her central London hotel. 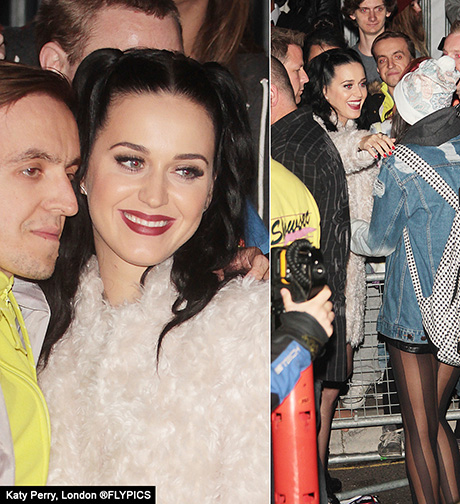 In contrast Australian Rnb star Iggy Azalea was spotted in a pub in Camden and walked into the Camden Roundhouse at 5.pm wearing a figure hugging blue dress. Iggy however avoided the press by hiding under the arms of her publicist as she exited the venue.

At 11.45 pm Katy Perry puled up alongside her fans and posed for pictures and signed autographs for fifteen minutes. 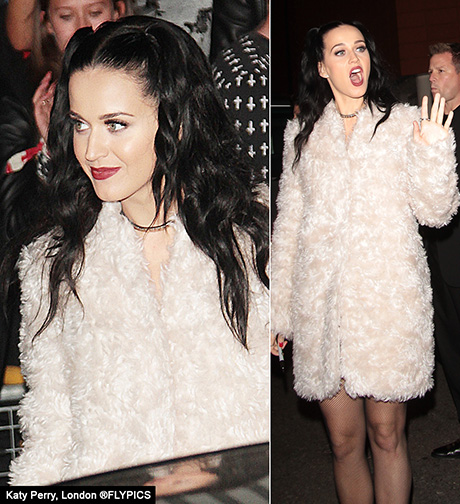 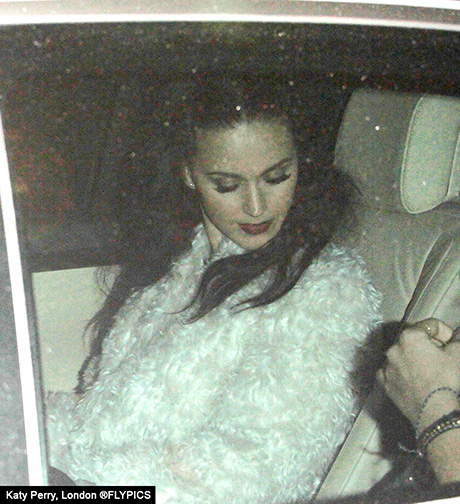