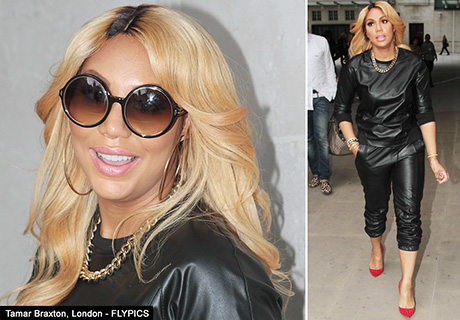 Wearing a leather pants and matching top and gold accessories, singer, songwriter and reality TV star and actress Tamar Braxton was pictured as she hit up BBC radio studios in London today. 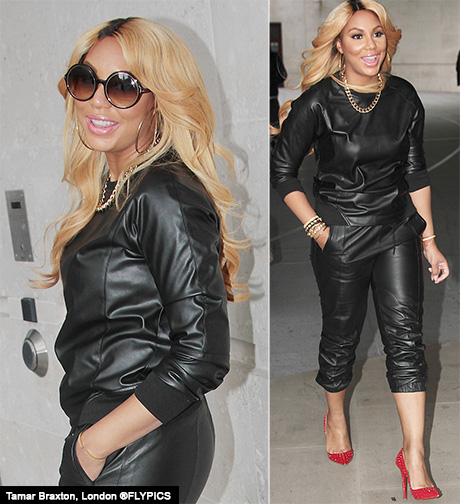 The US star looked fabulous ahead of her appearance on the Sarah Jane-Crawford show on Radio One Xtra. “Tamar also had quite a lot to say,” commented Sarah Jane Crawford,” after the show. 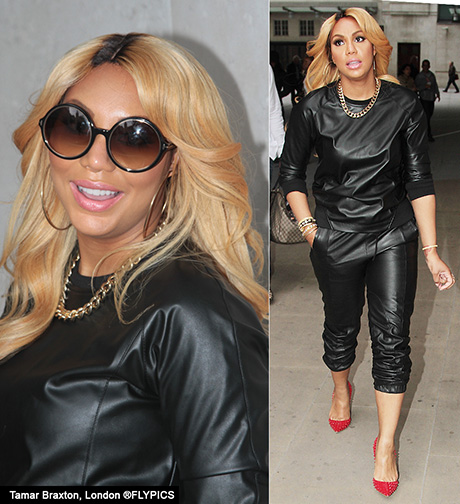