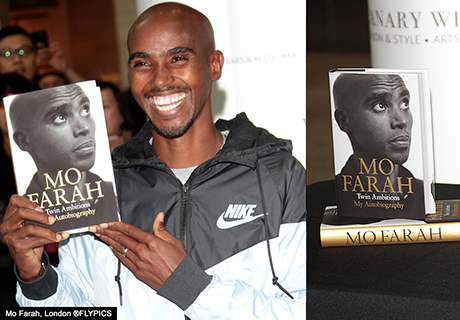 Mo Farah is one of the greatest athletes of all time and one of Britain’s most recognisable and loved figures. But it nearly didn’t happen. His childhood did not set him up to win. He became a winner. 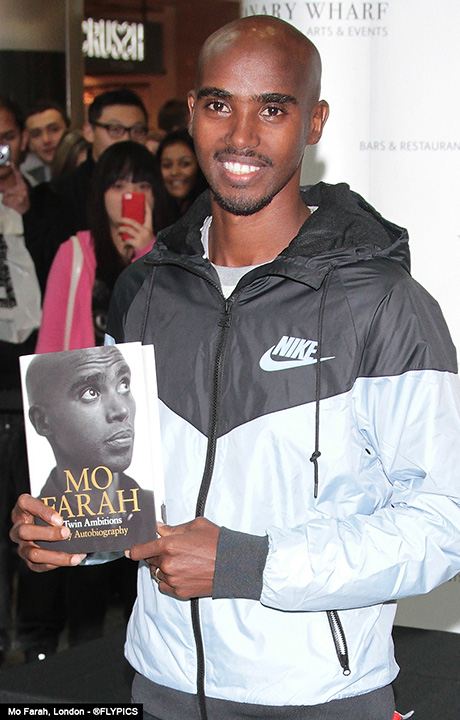 Britain’s greatest distance runner of all time wowed crowds in Canary Wharf, London this afternoon when he arrived at Waterstones Book Shop to launch his autobiography Mo Farah Twin Ambitions.

So how did a boy from Somalia who came to London at the age of 8 with almost no English, and few obvious advantages, achieve so much?

For the first time Mo Farah provides the answer in his inspirational autobiography, TWIN AMBITIONS. He talks candidly about his difficult early years and the effect that living apart from his twin brother Hassan has had on his life.

Mo spoke little English and he initially struggled at school. But it was Alan Watkinson, his PE teacher, who first spotted his potential as a runner. Alan worked hard to keep Mo out of trouble– with mixed success – and drove Mo to race meets and supported him week after week.

They developed a firm and lasting friendship. When Mo married his childhood sweetheart, Tania, Alan Watkinson was his best man. 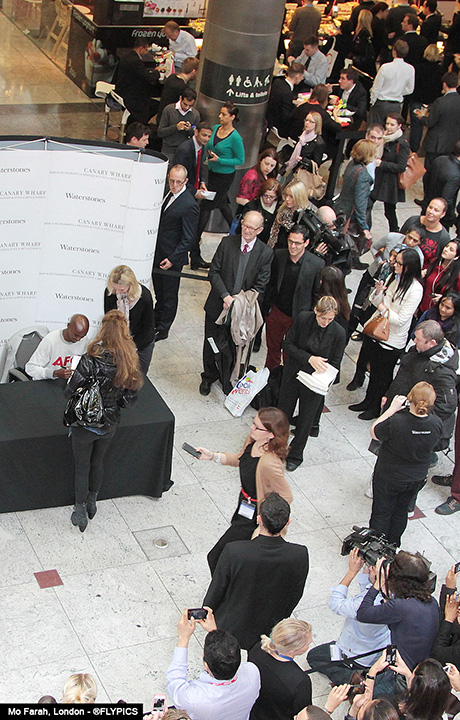 In 2001, aged 18, Mo showed his promise by winning the 5000m at the European Junior Championships. Soon he was smashing a string of British and European records. But despite that rapid progress, he knew he was nowhere near the very best in the world.

So he began living with a group of elite Kenyan runners, following their strict regime. The experience left a lasting impression. Mo became determined to become the best in the world.

After a disappointing Olympics in Beijing and several frustrating races on the world stage, Mo took another bold decision, this time to relocate to Portland, Oregon, to work with the legendary coach Alberto Salazar.

Everyone knows what happened next. At London 2012, on “Super Saturday”, the most electric night in the history of British sport, Mo Farah braved the pain and punishment to seize Olympic gold in the 10,000m. Seven days later, he won his second gold at the 5000m. He was instantly a hero of London 2012.

And the success hasn’t stopped there. This year Mo went on to win the double again with the 5,000 and 10,000 metres gold medals at the World Championships in Moscow. He is only the second man ever to do so. And he has been juggling another challenge: bringing up his twins, Aisha and Amani, who were born just weeks after the Olympics. As a father to Rhianna, Aisha and Amami, Mo is now even more driven for success.

TWIN AMBITIONS is much more than an autobiography by a great Olympian. It is a startlingly moving story of a man who overcame enormous obstacles to realise an almost impossible dream. 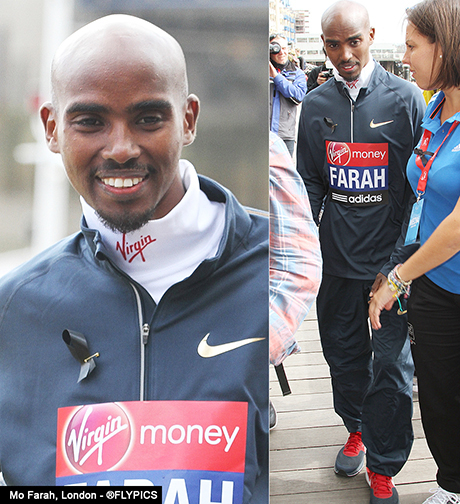 Above Mo Farah practices for the London Marathon earlier this year.