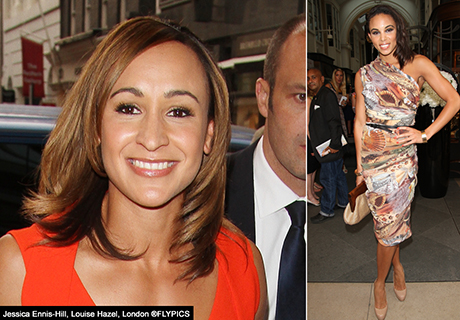 Jessica Ennis-Hill is the Worlds greatest track & field female athlete; attention to detail forward planning and hard work is her hallmark of her glittering career so far. 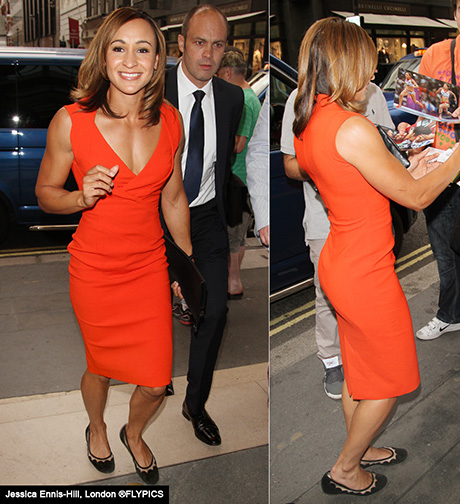 The Golden Girl of UK athletics looked radiant as she wore her red dress that clung to all the right places as she hit-up the OMEGA Summer Party in central London. 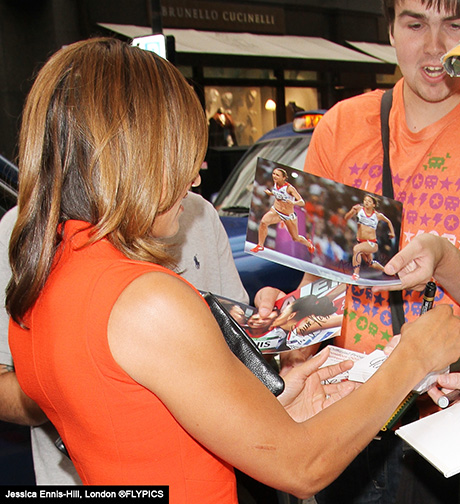 The brightness of the dress almost obscured the athlete’s choice of shoes however the fashion police were quick to put the boot in with regards her choice of shoes. 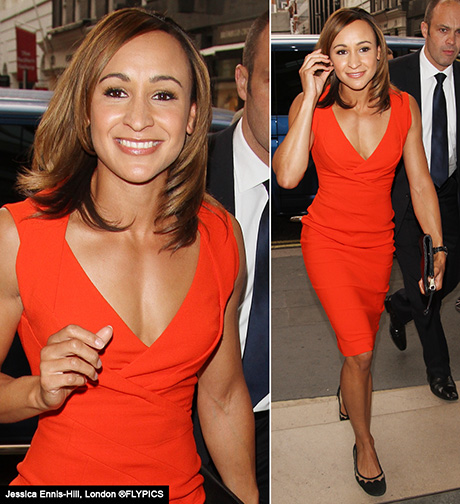 Ennis-Hill later revealed that she was suffering from a niggling ankle injury, which would have accounted for her choice of shoe wear. 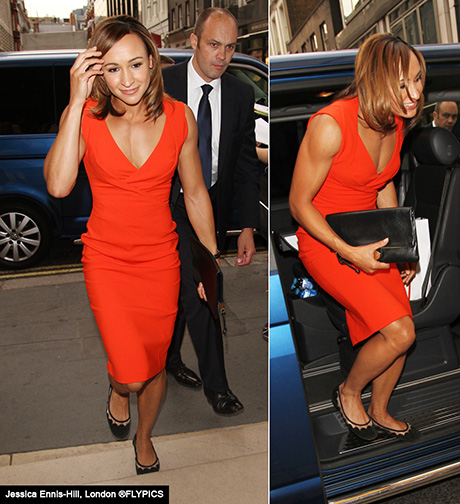 A reporter said: “The media agency tried everything possible to stop Jessica Ennis-Hill from being photographed and now we know why.” 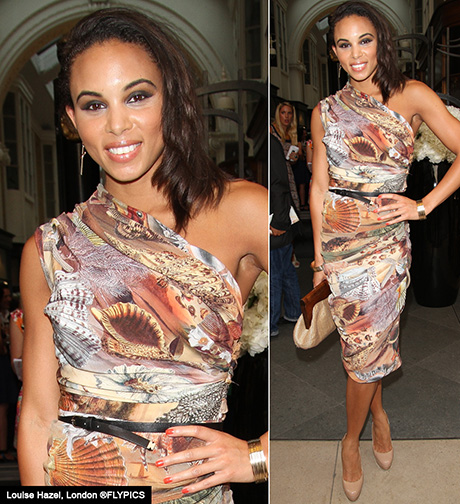 British Athlete Louise Hazel rocked in an off the shoulder print dress and nude shoes at the Omega Summer Party in Mayfair, London.