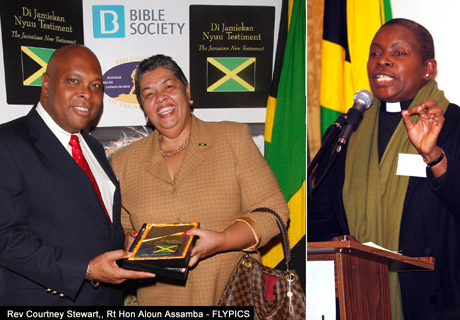 Coinciding with Jamaica’s 50th Anniversary of independence, the Bible Society of the West Indies have launched the World’s first Jamaican Patios Bible. The launch event in London was what you could describe as being oversubscribed. 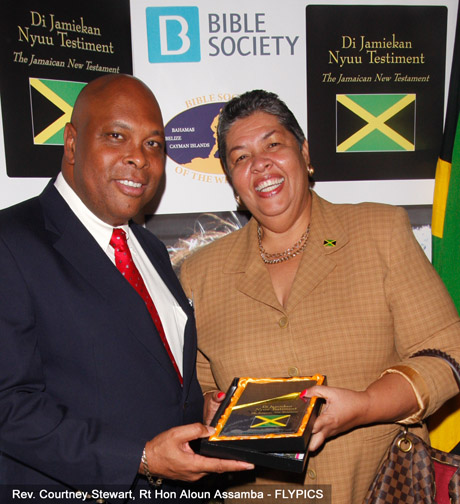 “I think this is a very important piece of work and I congratulate the West Indian Bible Society for getting this work published.  For those of us who love the Jamaican language this is excellent.” 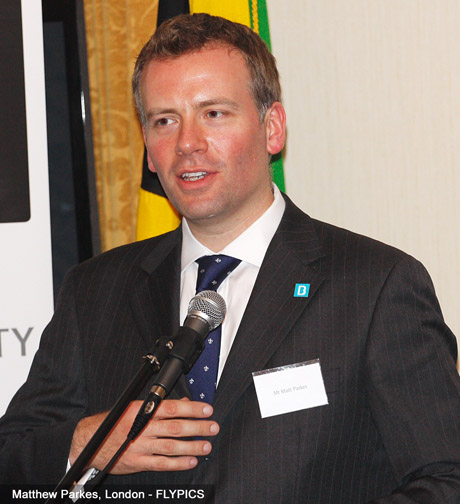 Rev Courtney Stewart, General Secretary of the Bible Society of the West Indies said: “At the Bible Society we believe that ‘Everyone has the right to receive the Word of GOD in their own language’ there is no such thing as bad language.”

“We struggled with this translation and for the past two decades we’ve been up and down. When we first broached the subject of translating the scriptures into Jamaican it created quite a stir. The media was abuzz with comments, reactions were coming left right and centre. People were saying that we are absolutely misguided, they were saying; how can you be spending so much money on a translation when schools need to be erected, roads need to be fixed, hospitals need medication etc.

“But what was interesting was that the primary issues raised by the notion of translating the scriptures into Jamaican were not related to the Bible or even religion but it was mainly directed at the language specifically Jamaican Patois or Jamaican.

“For a lot of people they saw the language more as a liability than an asset.  As Jamaicans we’ve always had a sense of ambivalence towards the language. Parents would often chastise their children in Jamaican Patois for not talking in English.”

Rev Courtney Stewart drew reference to the fact that Jamaican culture through music and arts is celebrated worldwide yet the same language is frowned upon in private.

Steward said: “The Jamaican language grew up and developed on the plantation fields. When the Africans from Western and Central Africa were brought across that infamous Middle Passage they were brought to work on the plantations in Jamaica. They came speaking a multiplicity of languages because they represented various ethnic groups. The way to minimise the risk of rebellion on the plantation was to mix up all of them, to combine them all so that there would be no single language that would be dominant. 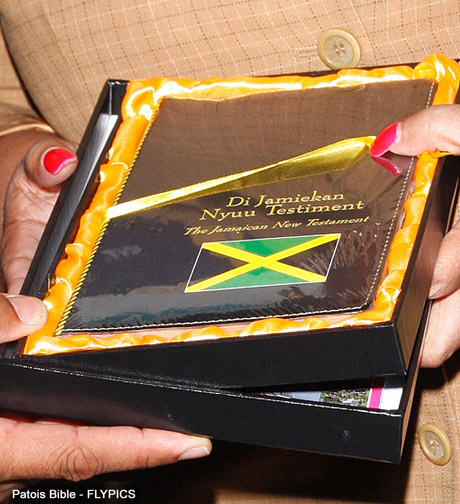 “Out of this clash of cultures there was one dominant language that emerged, it was English. Jamaican Patois owes much of its vocabulary from English, our forefathers mixed them up, distilled them and blended them to have different meanings, “said Stewart.

An audio version of the Jamaican New Testament will be release towards the end of October. For more information contact: shop.biblesociety.org.uk/jnt 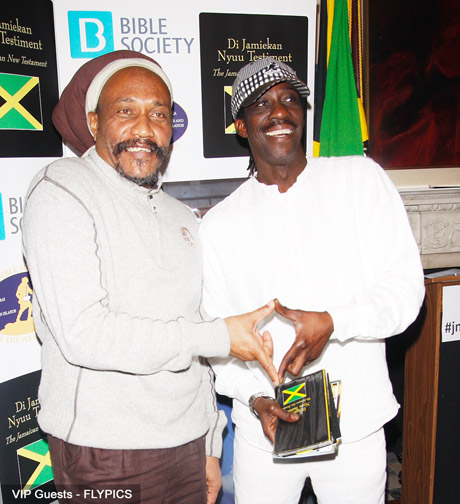