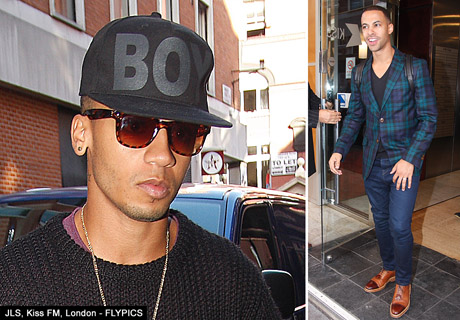 The sun was shining for JLS, Aston Merrygold, Oritsé Williams, J.B. Gill and Marvin Humes as they rocked into Kiss 100 FM Radio station this morning looking suited and booted.The stars who are busy promoting their hot new single single “Hottest Girl in the World” were clearly out to impress. 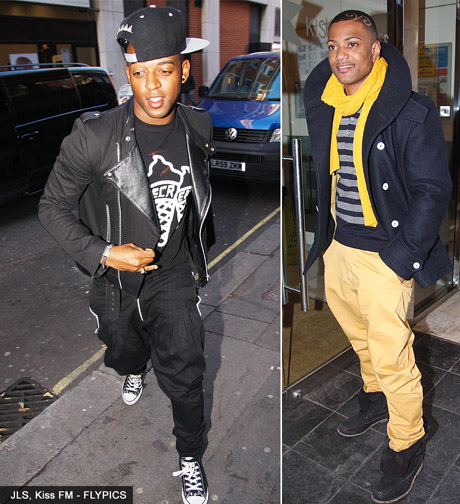 Suited and booted JLS are a distant shadow from when they appeared on X Factor. Marvin Humes was first to arrive at kiss 100 FM. Looking a bit more city trader than rock star, his single breasted tartan blazer over a v-neck black t-shirt and tailored skinny leg jeans accessorized with a black leather backpack with silver stud detail and two tone tan Vivienne Westwood brogues, Marvin looked every inch the man with the master plan.

In contrast was Ashton who was wearing grey jeans with a black jumper worn over a burgundy t-shirt complimented with accessories which included gold and black Jordan sneakers, a Boy snapback cap by BOY London and a gold chain necklace with cube. 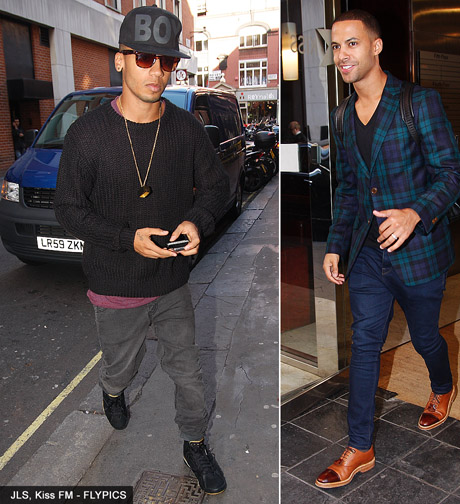 Clearly not wanting to take any chances with the changeable weather, J.B – wearing a navy blue wool hooded duffle coat with white buttons worn over a navy and grey t-shirt with yellow khaki pants accessorized with suede lace up boots and a yellow knit scarf it was not surprising that he was the last to arrive.

Alexandra Burke continued her siege of the Mayfair district as she celebrated her sister’s Birthday. 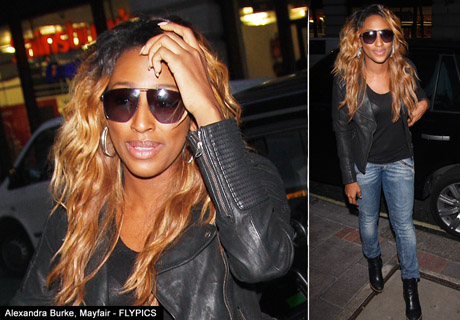 Earlier Alexandra had indulged in a spot of retail therapy before hitting the town. Alexandra is pictured arriving back from a shopping trip. 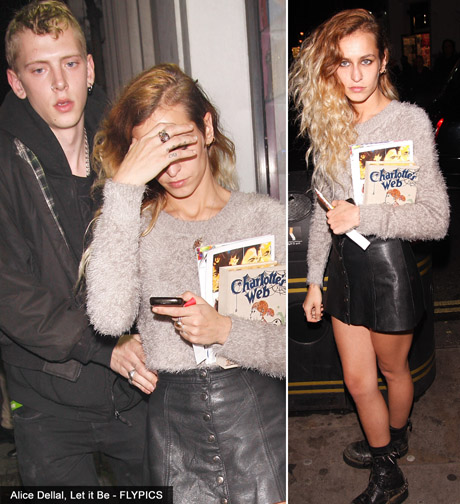 Celebs including Tolula Adeyemia and Alice Dellal were spotted at Let it Be premier in London. 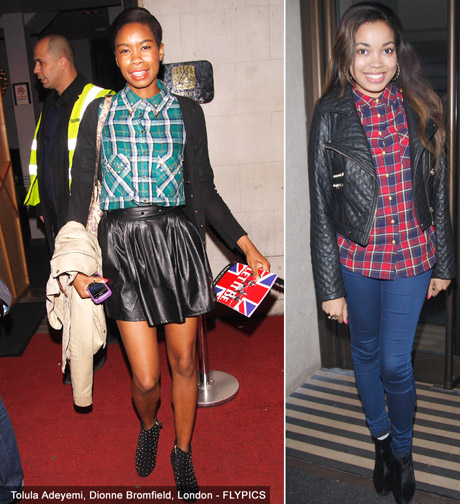 Tartan is clearly the must-have look, both Tolula and Dionne Bromfield elegantly rocked this look in the capital today.

Other celebs spotted in London, 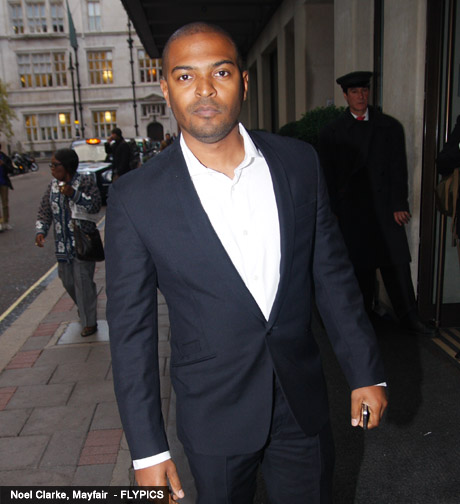 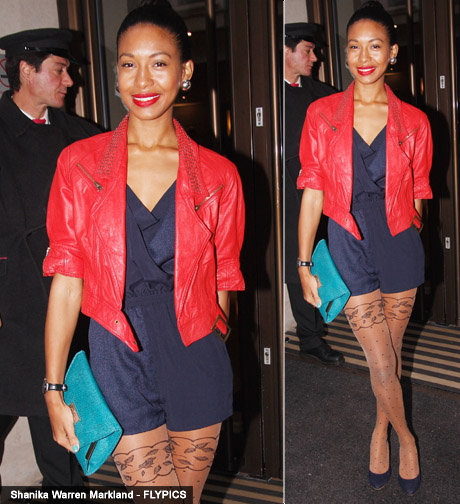 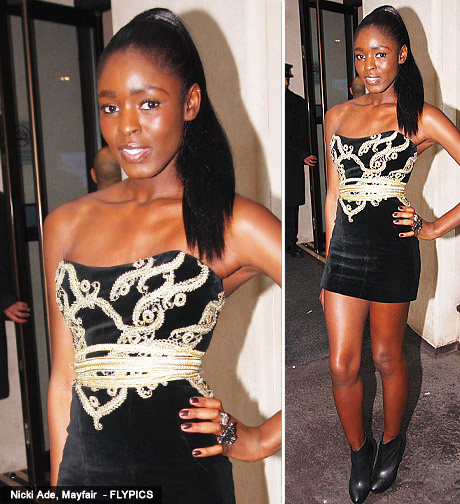