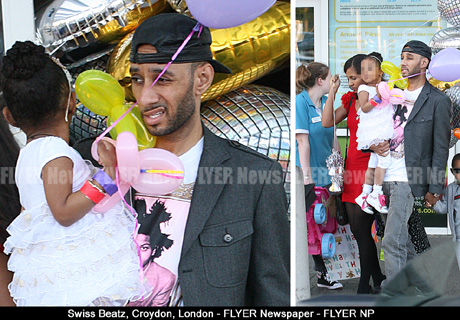 Recent father US. Rapper Swiss Beatz who is married to Alicia Keys, took time out from his hectic schedule to attend a very special Birthday Party in Croydon England. The secret party at Kids Space in Croydon was in actual fact that of his three year old daughter who has a British mother. The American recording artist is a father  of four. 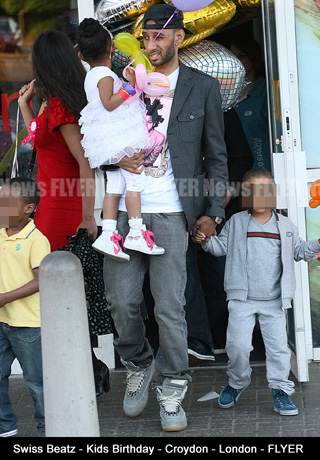 The little girl (name withheld) had eyes only for her doting dad and he was beaming with delight. 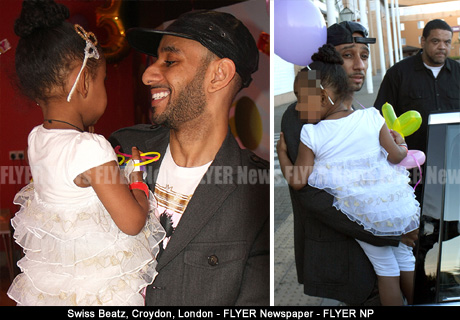 “Swiss’s daughter is the spitting image of her father and there clearly is a special bond between them despite the distance.” said a FLYPIC’s photographer.

Even the close protection officers were caught in the moment and played openly with the children at the party. One brave child even challenged security to a balloon sword fight. 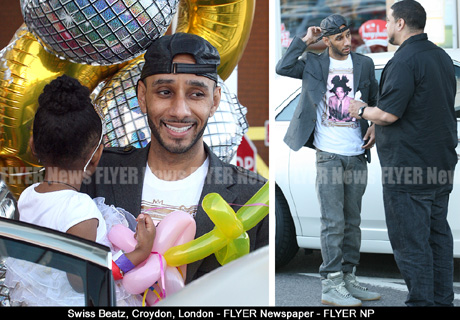 The party finished at eight PM, the silver MPV laden with gifts and the White Roll’s Royce was the only indication of the VIP guest. 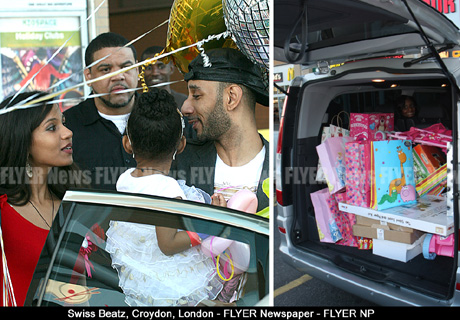 Most of the guests appeared unaware of the celebrity status of the father whose hands-on approach was no different than any of the other fathers present. 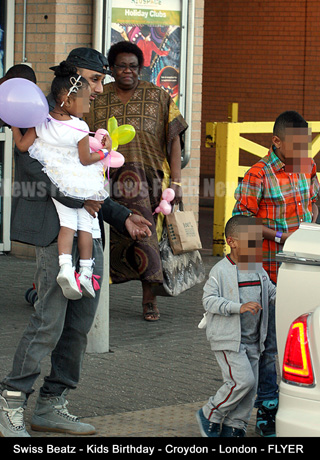 At eight pm the party wrapped up. Swiss fussed around all the children made sure the children’s seatbelts were firmly strapped in. 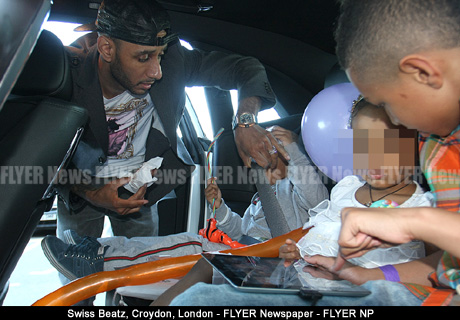