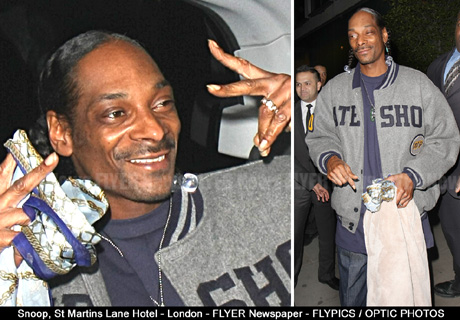 Travelling in a cavalcade of at least four luxury MPV chauffeur driven people carriers Snoop Dogg can afford these days to travel in ultimate style. 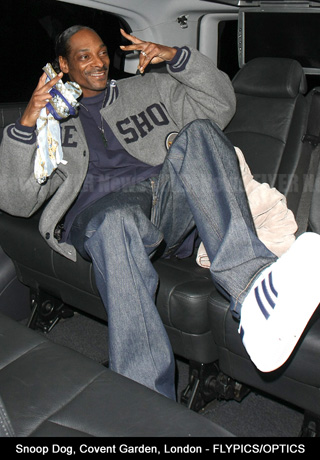 The West Coast rapper, here in London to promote his eleventh studio album Doggumentary at a gig in Kentish Town was greeted by scores of fans who’d managed to track him down to the St Martins Lane Hotel. Snoop Dogg even found time in London to chat about plans on creating a Hip-Hop version of XFactor. 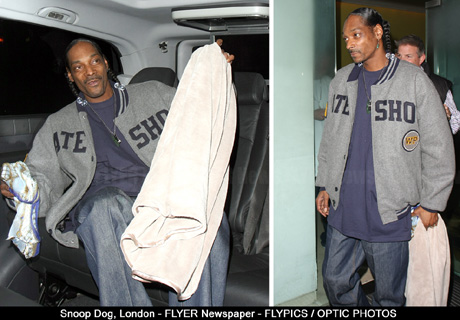 Speaking to a reporter he said: “I’m looking for a deal from a network to find America’s hottest hood artists.”

Asked what he thought of pop star Cheryl Cole, who has recently signed up to be a judge on the US version of the XFactor Snoop Dogg replied: “She alright. She doing her thing. She a little bit hardcore, a bit edgy.”

Snoop could well be back here in the UK  for the Gamball Rally if Flyer’s sources are to be confirmed.

Standing outside of St Martins Lane Hotel at 11.pm is not everyone’s cup-of tea. Fans, paparazzi, reporters and spectators were dwarfed by Snoops entourage. Snoop himself who is six foot four was dwarfed by his man-mountain of a security guard.

“Snoop will see each and every one of you if you do things our way.” said his personal security officer as they linked arms to create a causeway between the club and the car. This largely worked to some extent but somehow at least two paparazzi broke though the chain.

Taking less than two minutes, fans took pictures with the American but for some the chance encounter was too overwhelming. 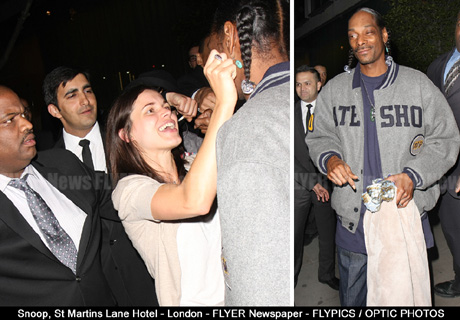 The cavalcade of vehicles with paparazzi in hot pursuit took the back street route to night club Movida . They were joined by some Chelsea footballers.

Celebrity pictures of the day. 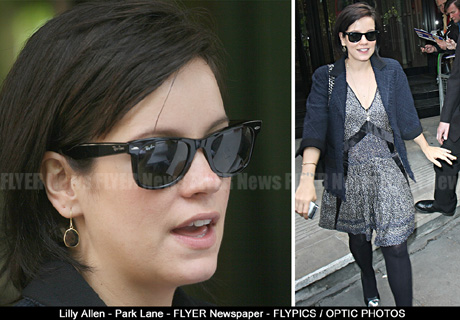 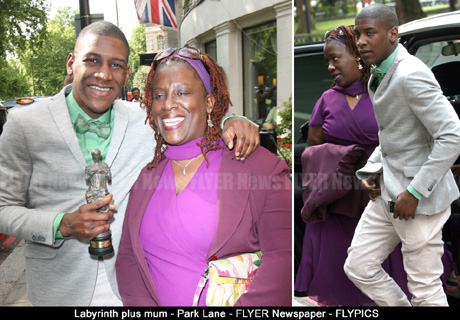 Labyrinth, producer of Tinnie Tempah’s hit Pass out was also spotted arriving at the awards with his mum. 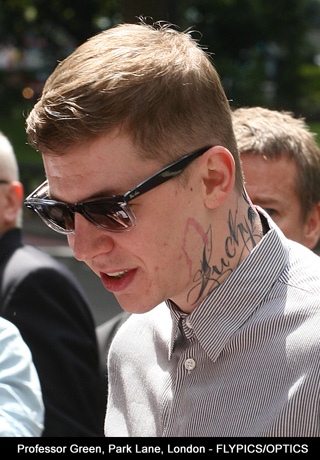 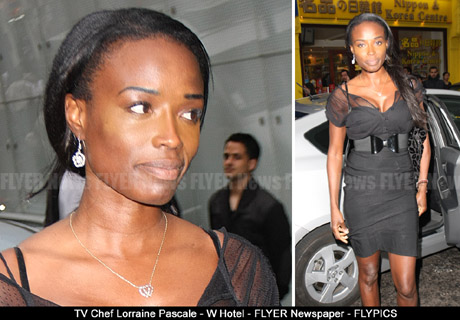 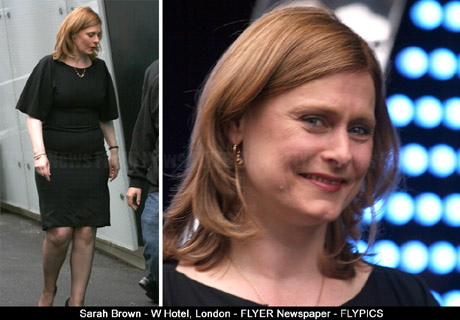 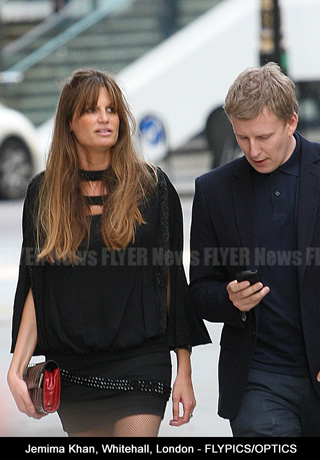