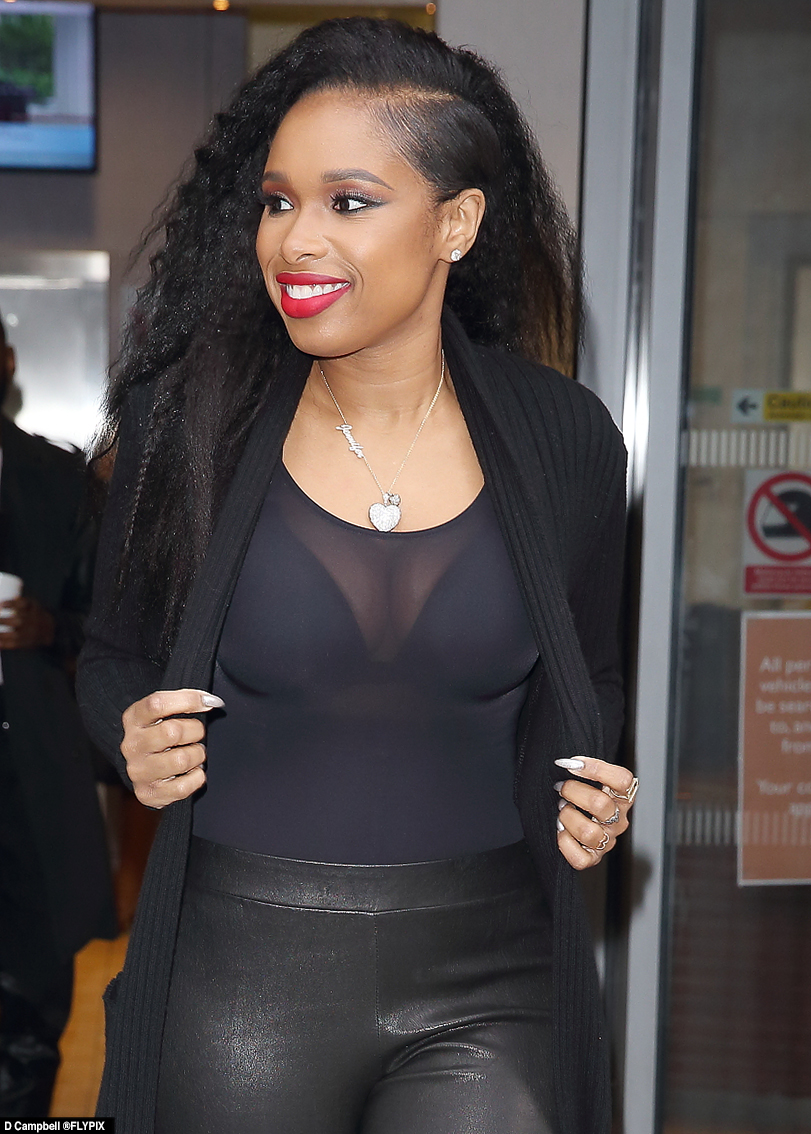 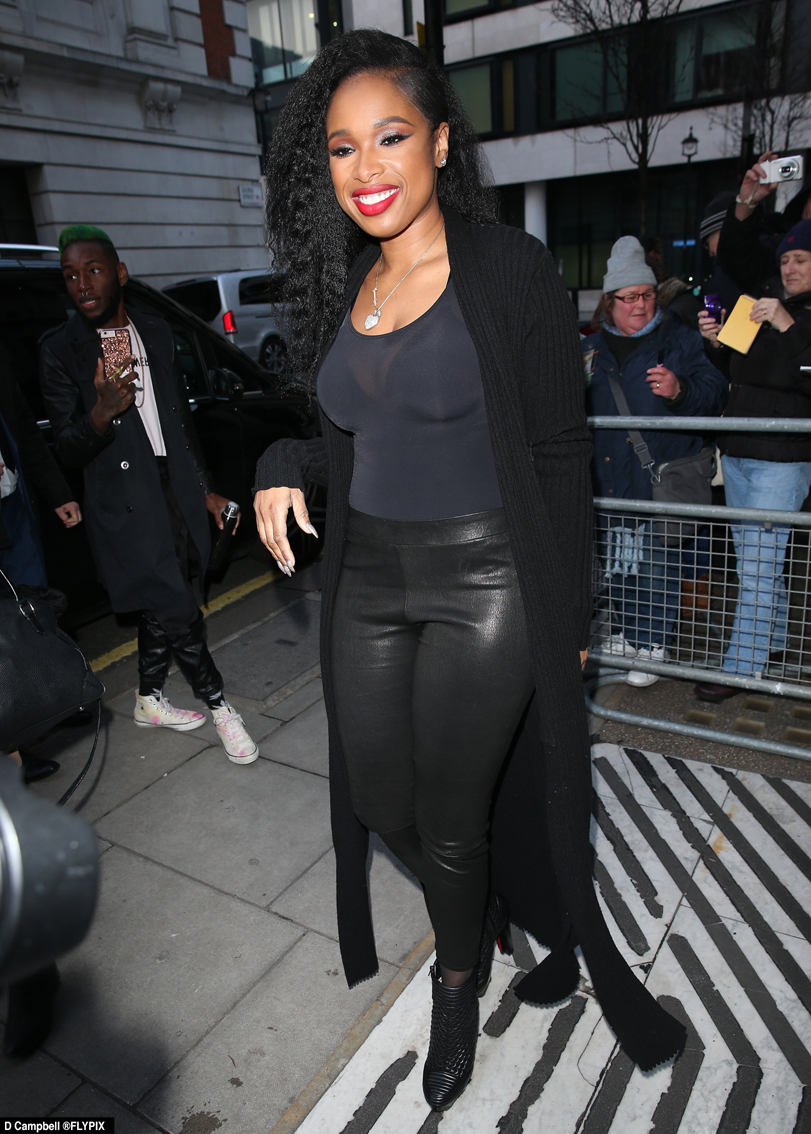 Rounding off her look with crimson lipstick and smokey eye-liner Hudson looked picture perfects as she arrived at the BBC Studios in central London. 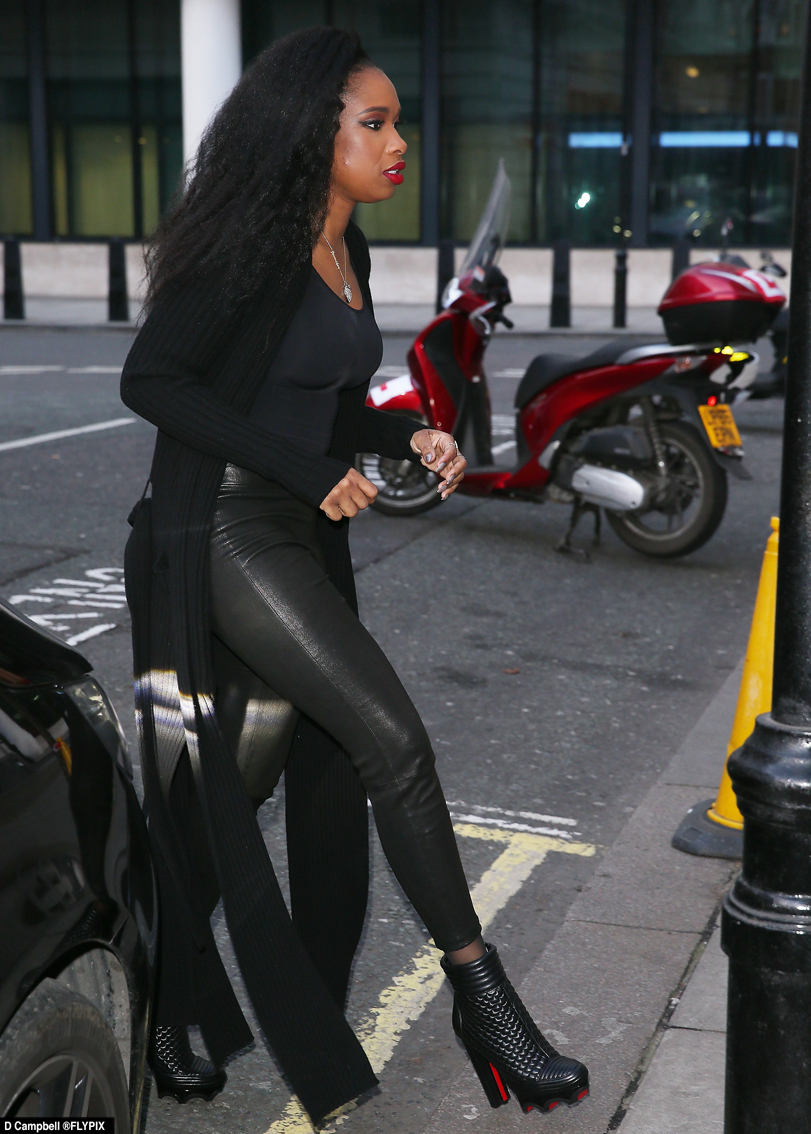 Speaking on the VOICE UK Hudson set out a challenge to her rival judges: “Theres only one thing better than winning the Voice.” Hudson exclaimed; “It’s winning for the second year in row…” 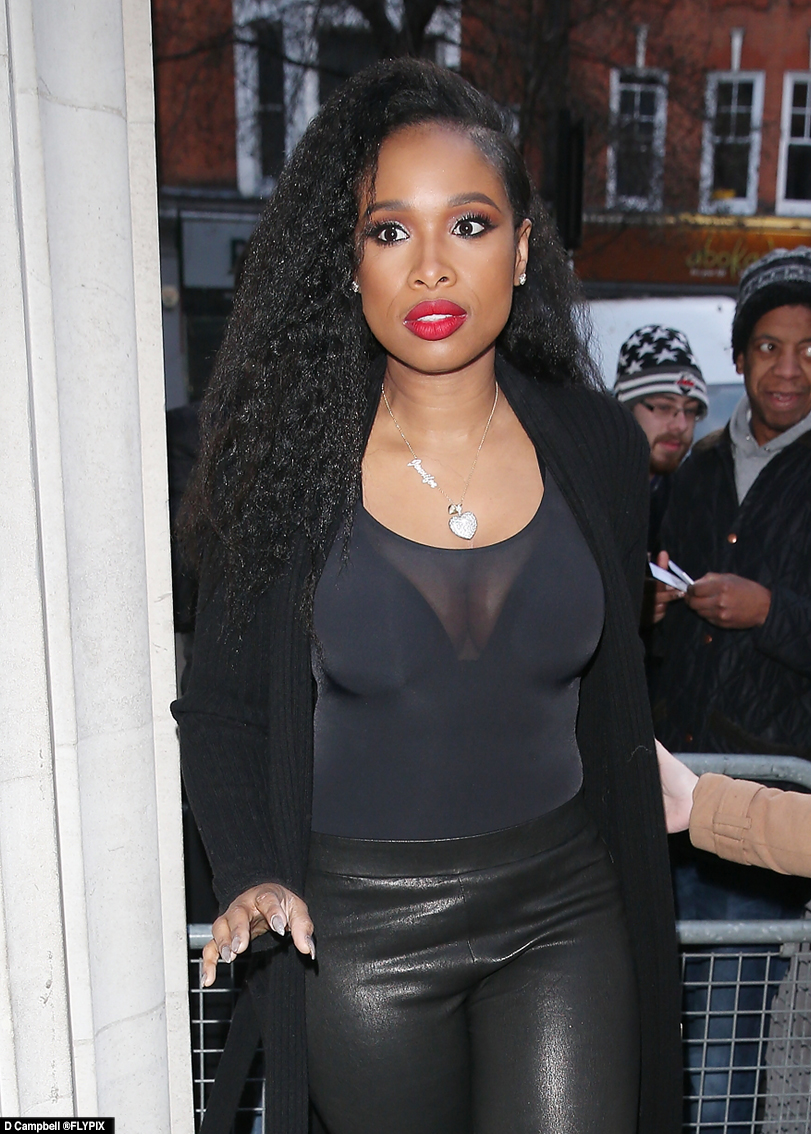 Hoping to be crowned ‘Top-judge’ Hudson faces some stiff competition from fellow judges that included: Tom Jones, Will i am and Olly Murs. 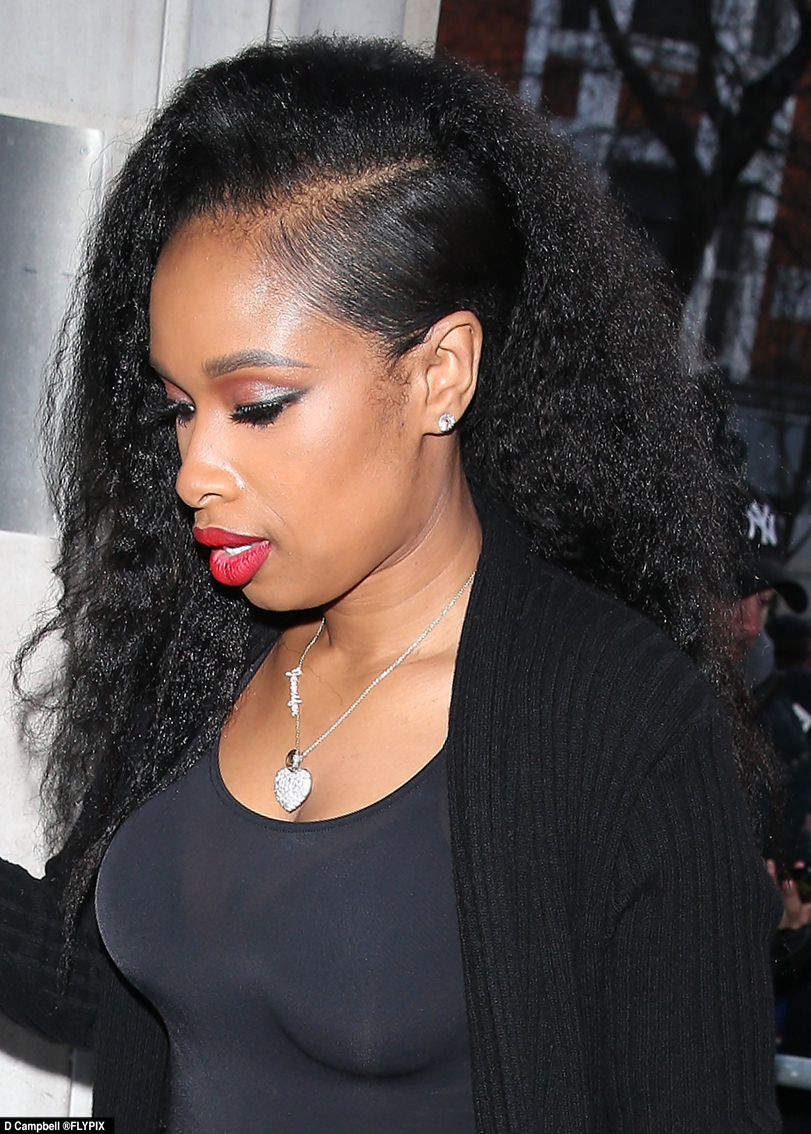 Hudson rose to fame as a finalist on the third season of American Idol in 2004. Although she came seventh Jennifer has proved every bit a winner after  starring in the award-winning Dreamgirls where she played the role of Effe White. 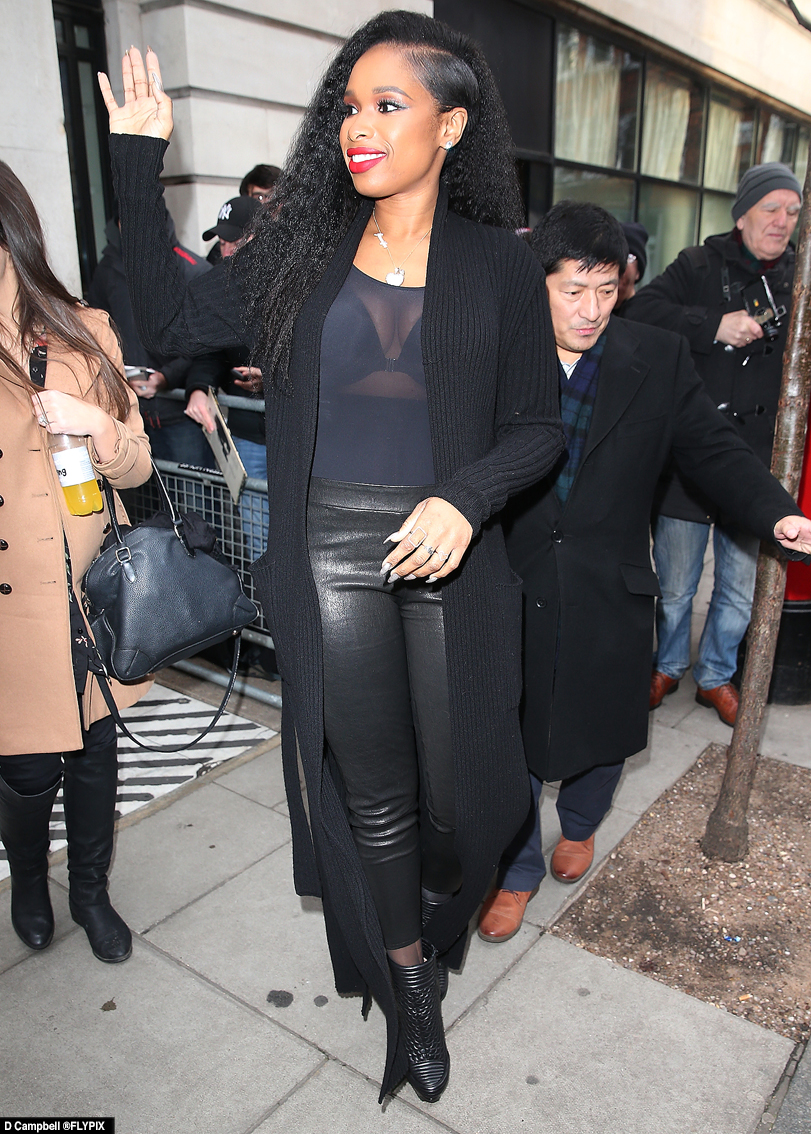 An acclaimed actress Hudson has been recognised for her talents and has won an Academy, Golden Globe, BAFTA and Screen Actors Guild Awards for her talents. 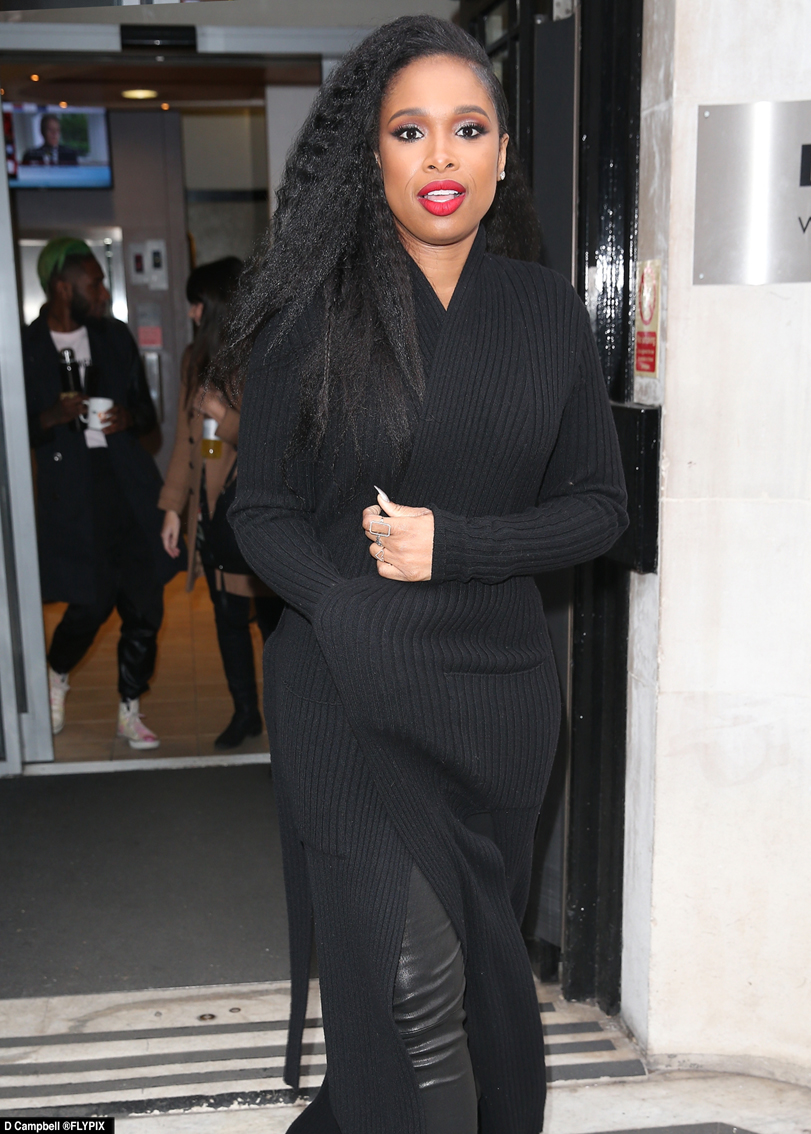