Disney star Zendaya is the talk of the town 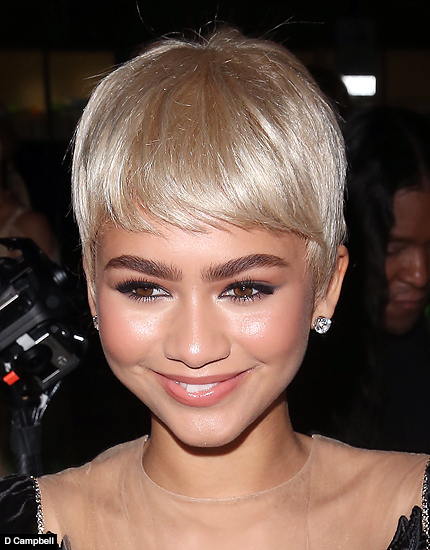 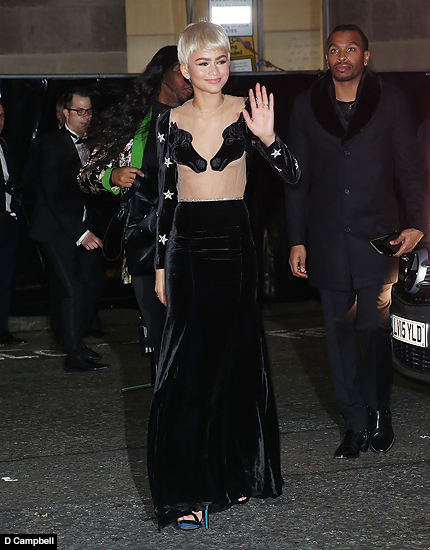 The young actress made a short visit to the UK to promote her latest project ‘The Greatest Showman’ in which she stars along side Hollywood heart-throb Zac Efron. During her visit Zendaya showed her huge UK fan base just how versatile she really is. The 21 years old star looked barely recognisable arriving at the Fashion Awards sporting a blond bob. Zendaya rocked a black gown with sheer cut-outs strategically placed around the silhouette of a horses head covering her modesty. 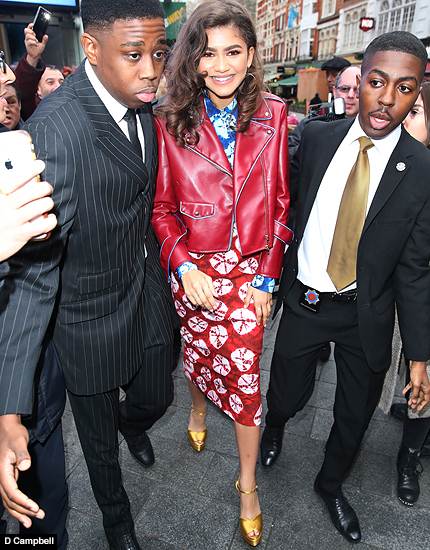 Transforming her style again, Zendaya let her hair down (above) the following day when she was spotted arriving at Global studios in Soho London. The star looked fabulous in a matching multicoloured skirt and contrasting top. 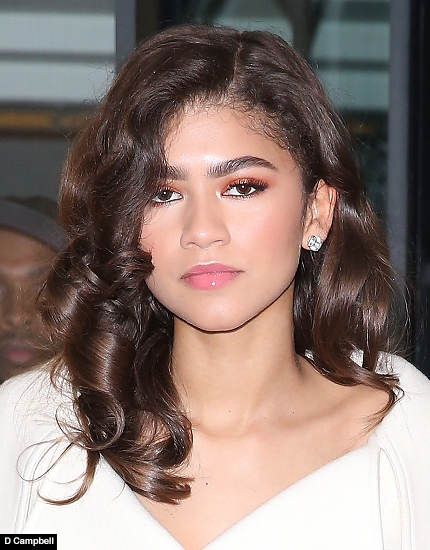 Wrapping up her mini-tour of London Zendaya looked a vision in white s she exited her hotel in Mayfair ahead of TV appearances.. 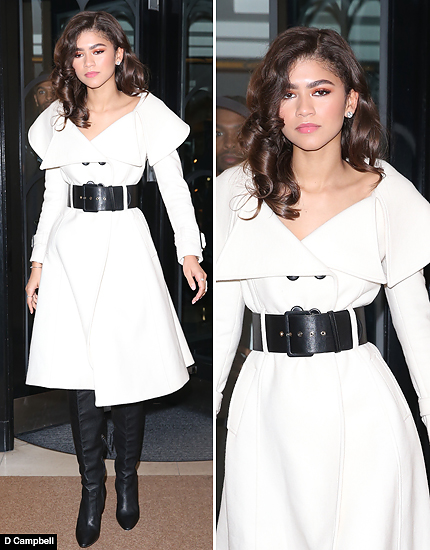