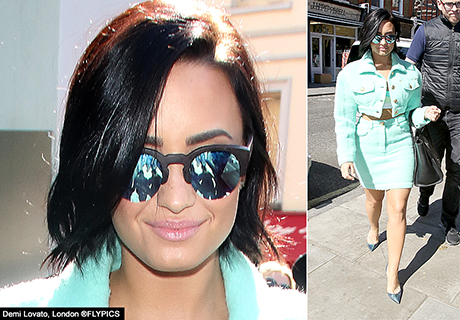 That’s one way to grab attention, American singer songwriter Demi Lovato rocked an eighties style creation when she was spotted wearing a mint coloured dress and jacket whilst attending radio interviews in London. 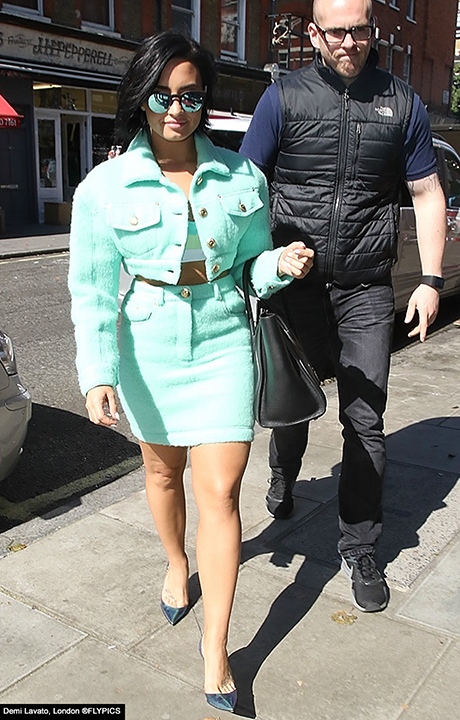 After traipsing across Europe the star took a plane from Paris to the British capital as she continued to promote her current single Confident. 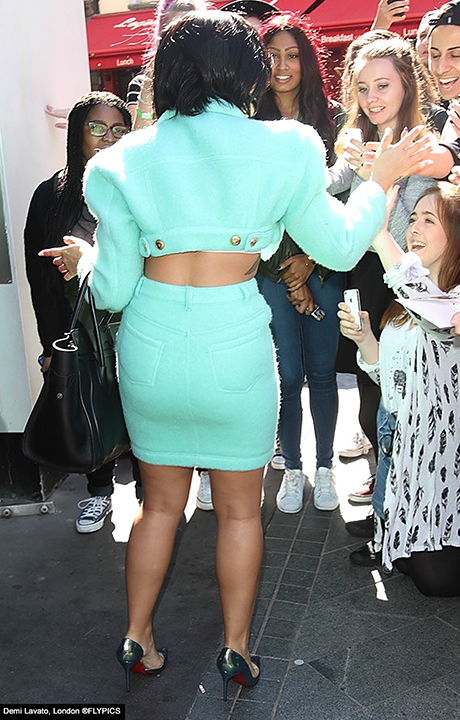 The ‘Give Your Heart A Break’ recording artist was pictured as she arrived at Global Radio studios in London where she was met by dozens of fans. 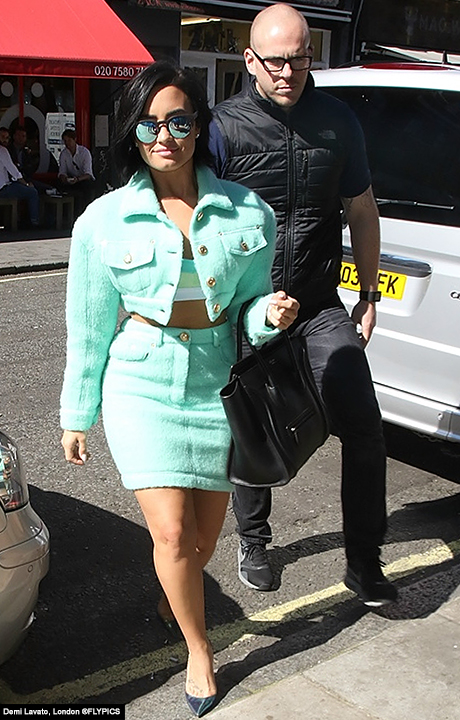 However, the star appeared to use a decoy car to stop some fans from following when she pitched up at recording studio Wise Buddah shortly after.

Demi rocked a variety of styles during her brief visit to the British capital. 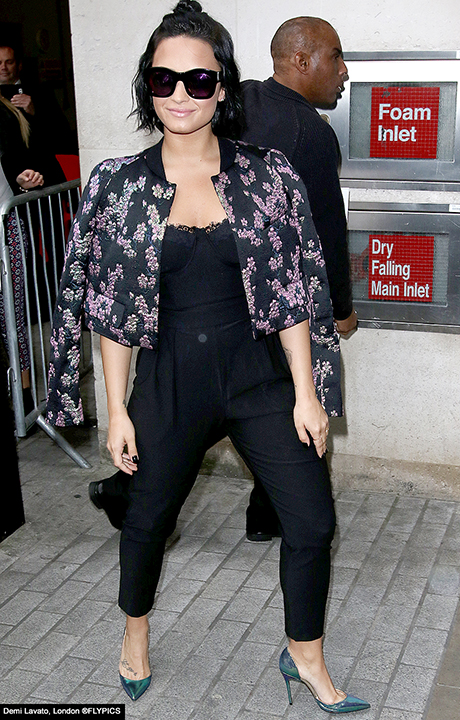 This was in contrast to her previous trip to London where the star rocked blonde hair. 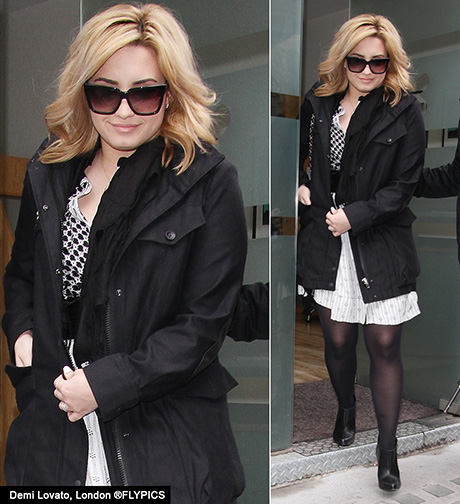 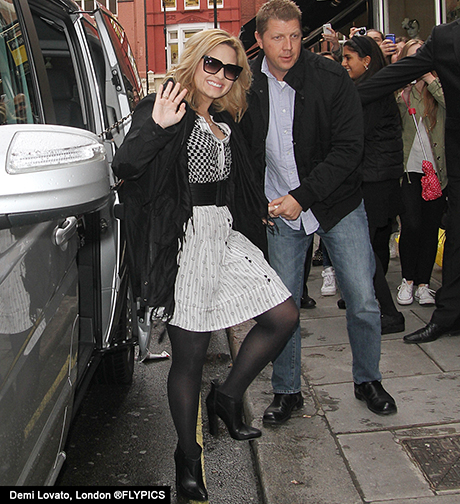 Demi was spotted as she arrived at Wise Buddah recording offices in London.