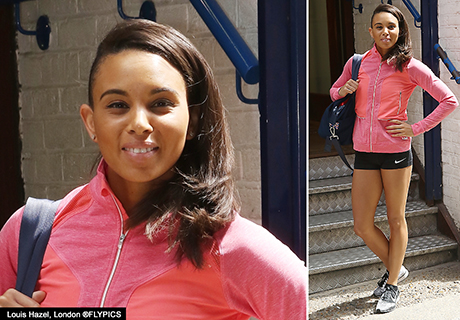 Commonwealth Athletic champion and British Olympian Louise Hazel rocked in shorts and sports top by www.lijastyle.com as she arrived for her weekly free exercise class at the Pineapple Dance studios in London. 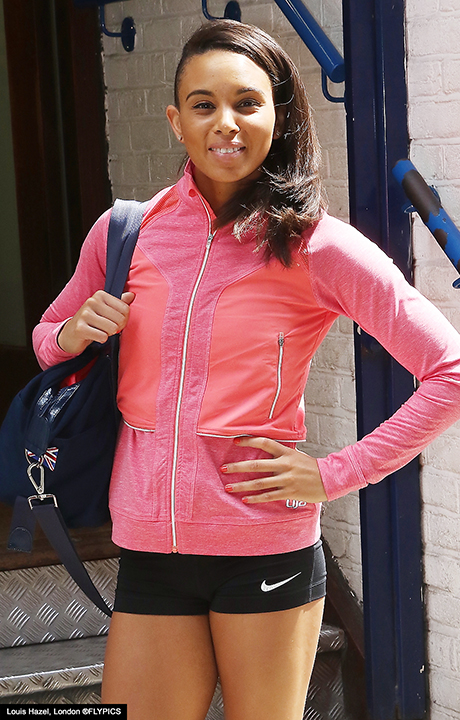 The Former Olympian who is popular on the celebrity circuit and hugely respected on Track & Field has been holding her weekly FREE fitness class ‘FitForFree’ at the Pineapple Studios in London’s Covent Garden for a number of weeks. 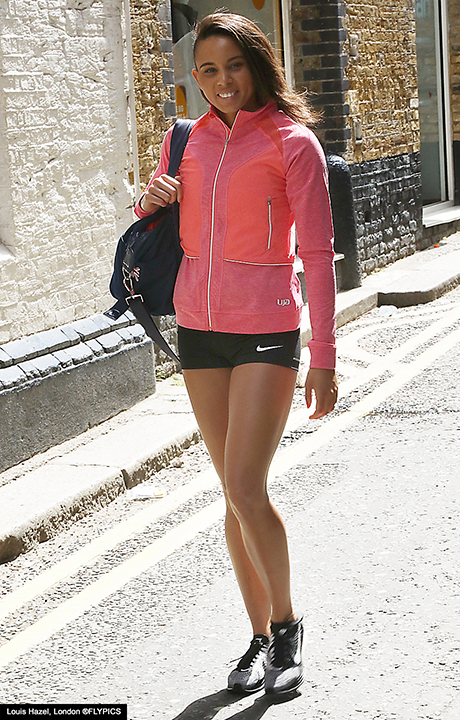 The popular athlete looked fabulous when she arrived (below) at the Warner Brothers Summer Party in Shoreditch London. Taking to twitter the athlete wrote: before I got really sweaty in my class at @pineappledance wearing lijastyledotcom 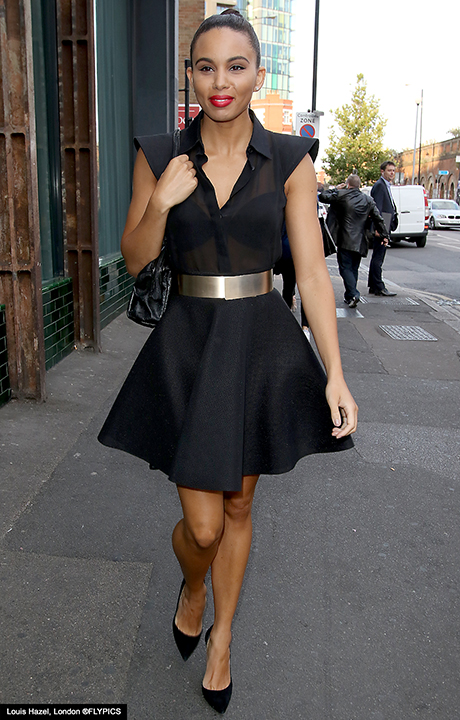 The star also joined friends to unwind in Holborn following a gruelling session of her fitness class in London the previous week. 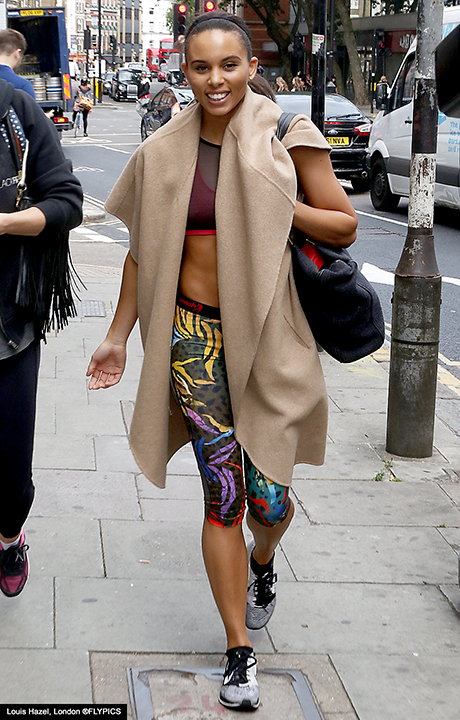