The Saturdays showcase their toned physiques 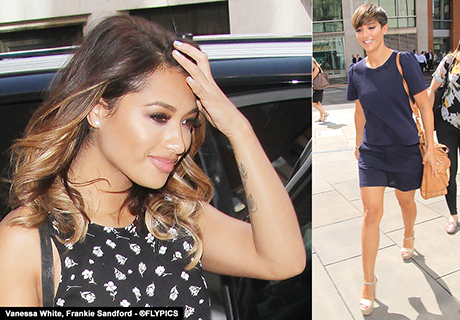 It’s been a while since we’ve seen British pop group The Saturdays and it would appear the girl group were happy to be back in the spotlight. The slim-lined group stepped out on Monday for a day of press and promotions. 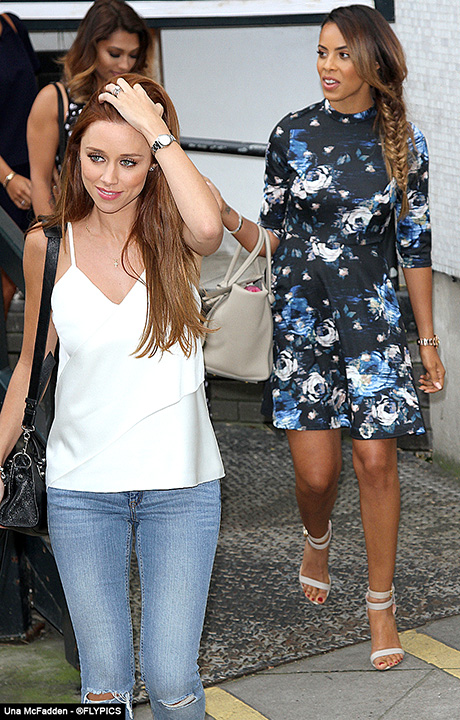 The Saturdays, Rochelle, Una, Vanessa, Frankie and Mollie started the day off with a performance showcasing their ‘Greatest Hits’ album on ITV’s This Morning TV show. 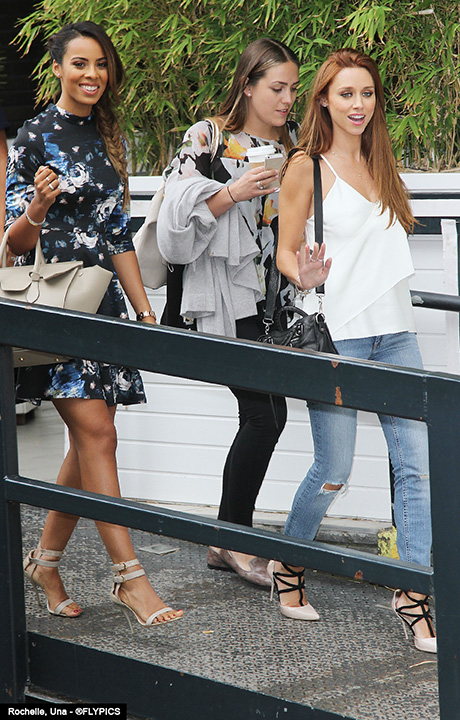 Looking fabulous the group exited the TV studios at the back and greeted fans and the media. 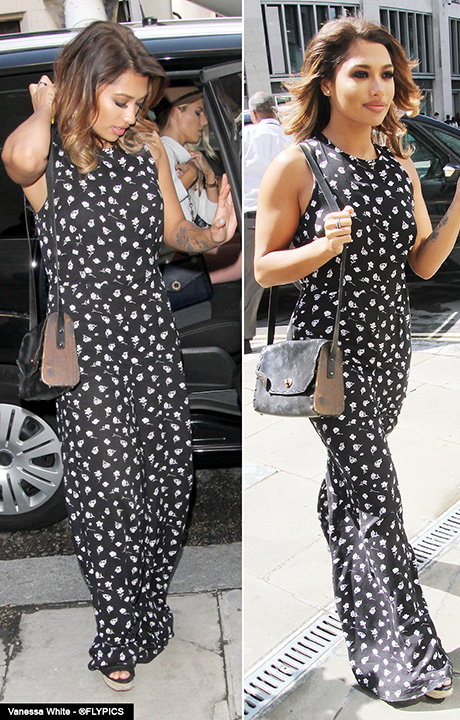 Vanessa White (above) looked fabulous wearing a floral jump-suit. Following their visit to the ITV studios the group headed to BT Sports HQ in the city for more promotions. 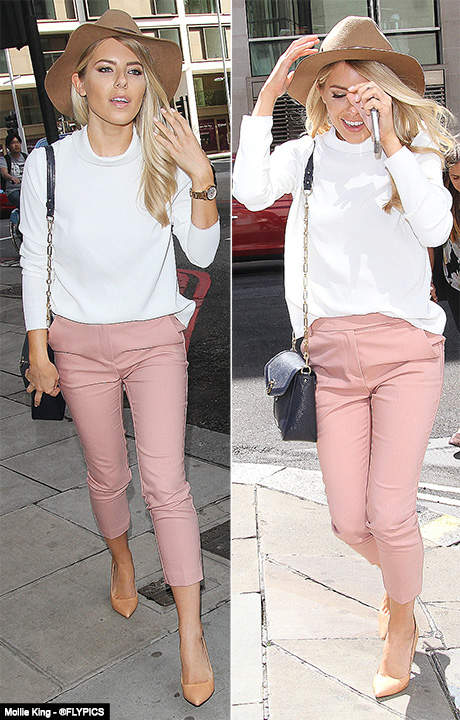 Mollie King wasn’t about to take any chances with her appearances after her hat was blown off her head during a sudden gust of wind the day before. The star was exiting the Sunday Brunch TV studios in Bayswater when a gust of wind displaced the hat, which ended up in the gutter. 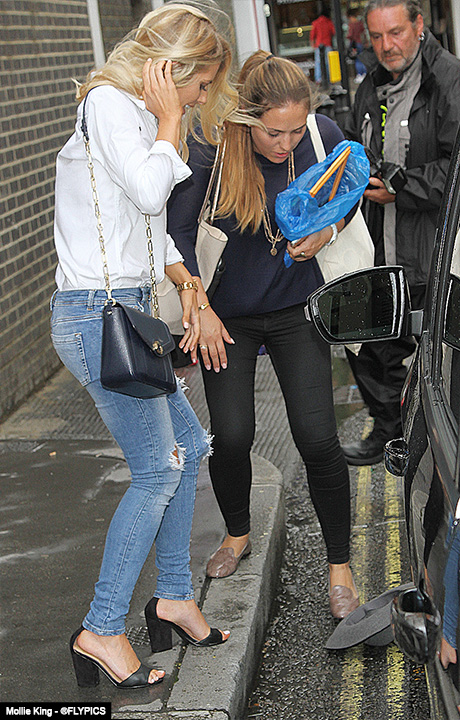 Frankie who has recently given birth to a baby boy looked to have regained her figure. The star looked fabulous wearing a short blue dress as she arrived at the BBC studios in Westminster. 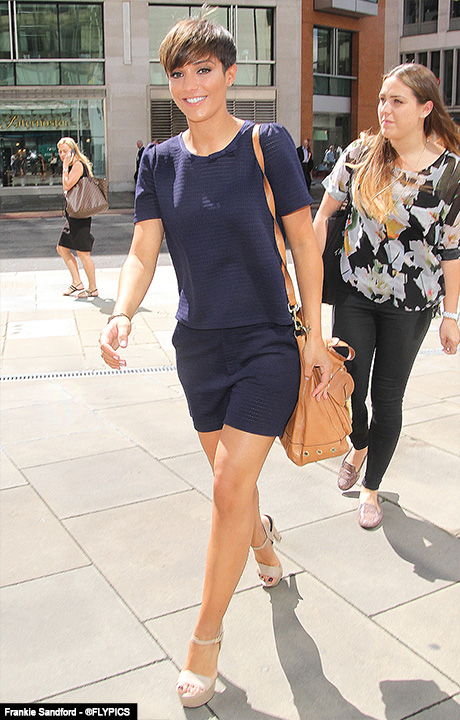 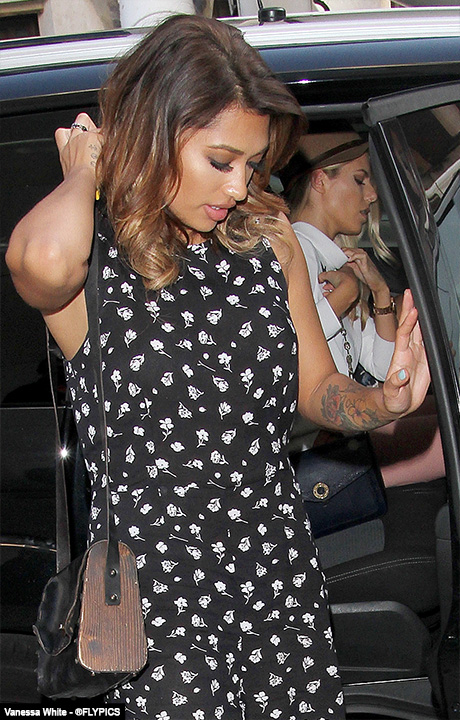 After another round of interviews The Saturdays were on the move again this time heading to the Universal Music HQ in Kensington. 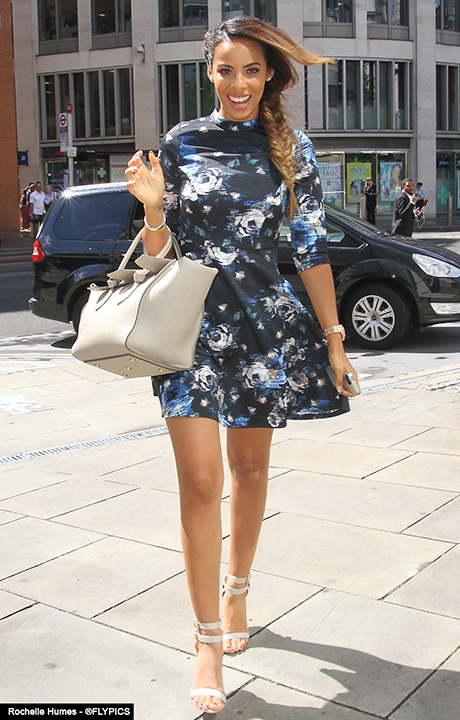 Rochelle looked fabulous wearing this printed floral dress. The star must however like the dress sufficient enough to wear the same dress on Friday during her stint as a TV presenter. 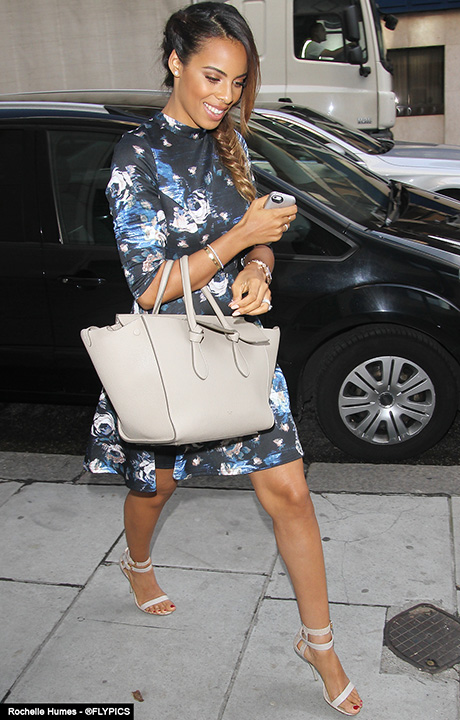 Mollie also visited the BBC studios the night before wearing a white dungarees. 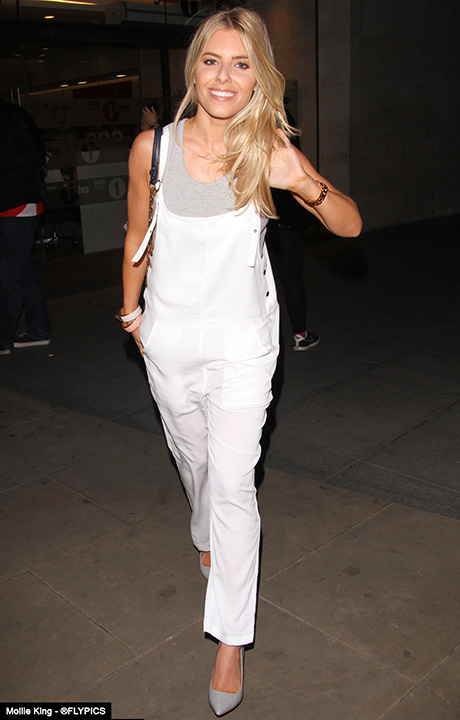