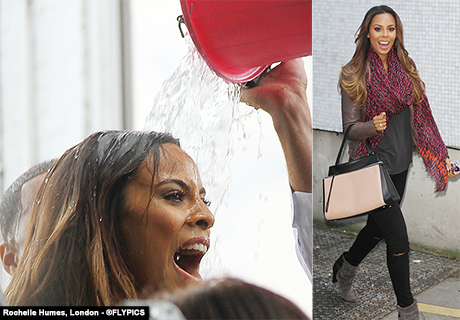 The weather may have taken a turn for the worst but that didn’t stop Rochelle and husband Marvin Humes from accepting the ALS Bucket Challenge at ITV studios in London. 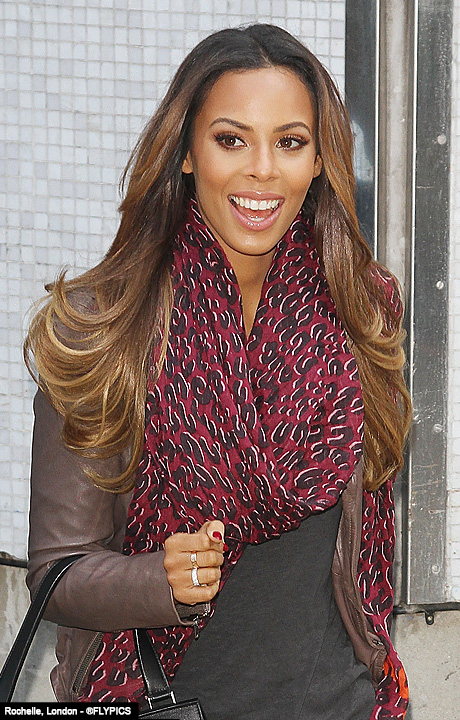 The ITV This Morning presenter accepted the challenge after being nominated by JLS bandmate and friend Aston Merrygold. 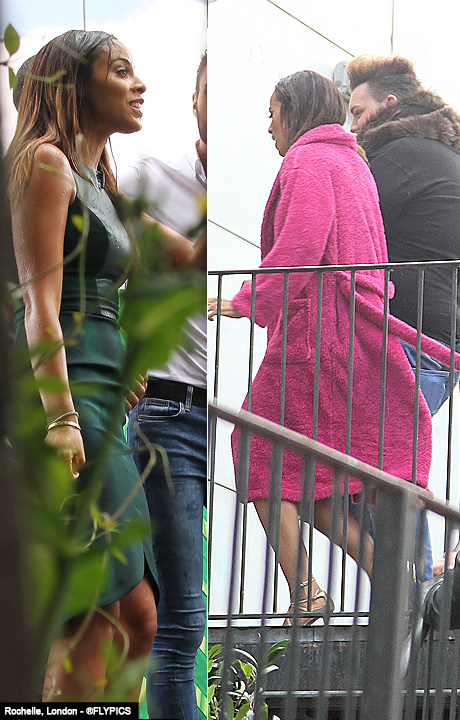 Former X Factor and Big Brother Reality TV star Rylan Clarke did the due honours and showered the star with the ice-cold bucket of water. 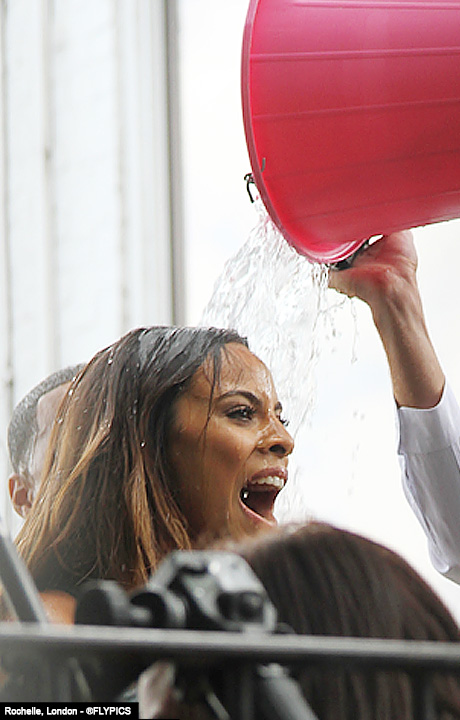 Following the drenching a fan cheekily asked the star if she’d swore when the water bucket was administered which Rochelle emphatically denied. 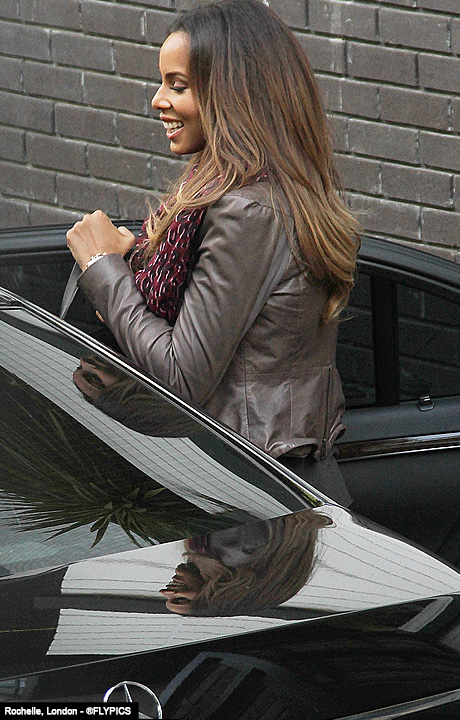 The TV star looked fabulous twenty minutes later as she exited the studios in London. Sometimes called the ALS Ice Bucket Challenge, the Ice Bucket Challenge, is an activity involving dumping a bucket of ice water on someone’s head to promote awareness of the disease ‘Amyotrophic Lateral Sclerosis’ (ALS) and encourage donations to research. So far the campaign which started as an online viral has reportedly raised over £48 million.