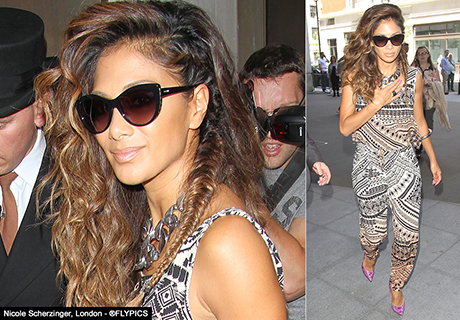 Nicole Scherzinger looked to have been making the most of the mini heat wave as she rocked into radio one wearing a bright printed jumpsuit. 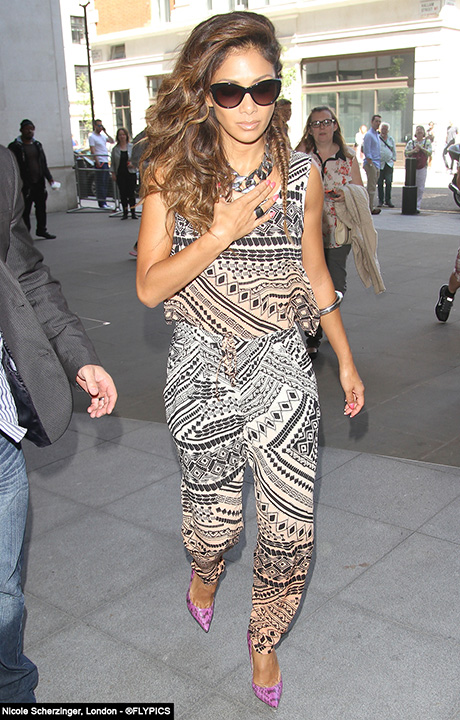 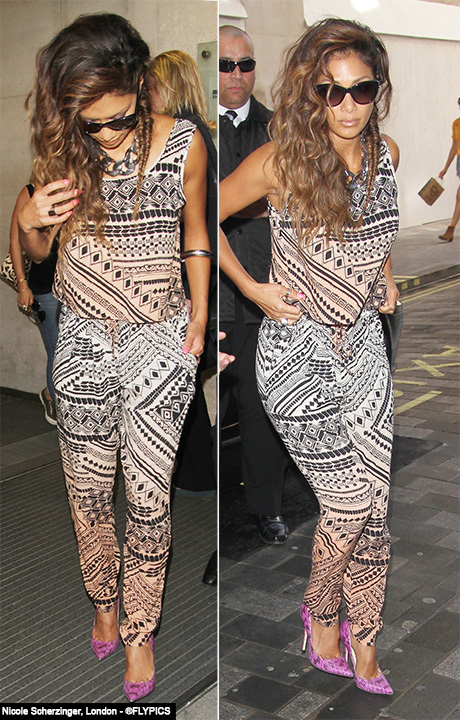 The former Pussycat Doll Scherzinger reportedly struck up quite a rapport with the Radio 1Xtra presenter and discussed her TV experiences (off-air). 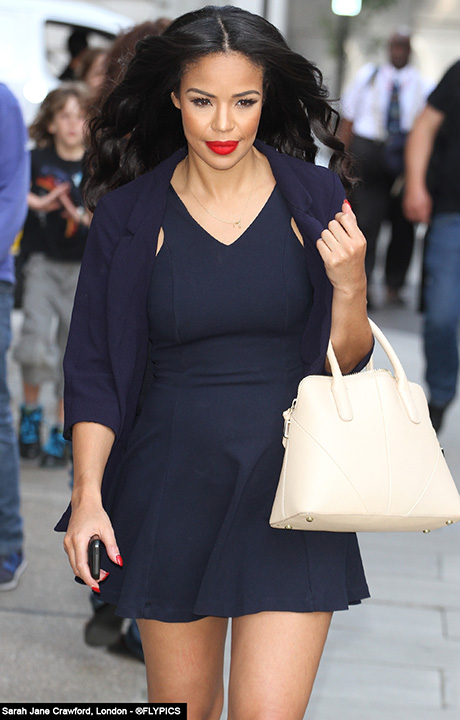 Scherzinger who has been actively promoting her latest single ‘Your Love’ revealed the song has a strong personal significance on the Sarah Jane Crawford BBC 1Xtra radio show in central London.. 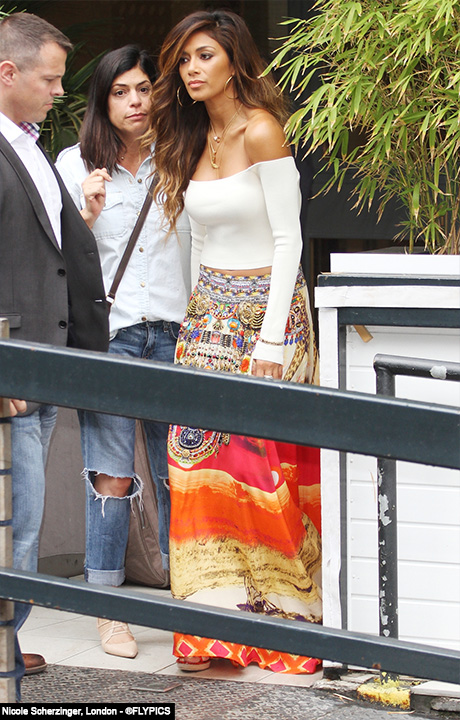 The singer’s fashion sense however has taken centre stage as far as the paparazzi are concerned and Scherzinger wowed in a leopard print skirt and zebra crop-top (below) on a recent visit to radio. 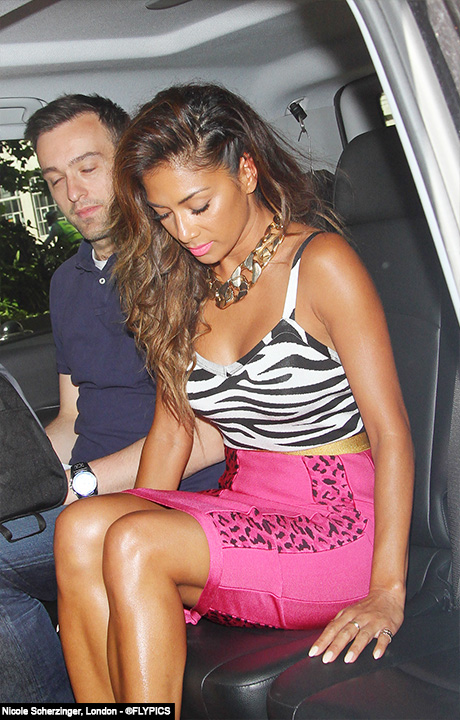 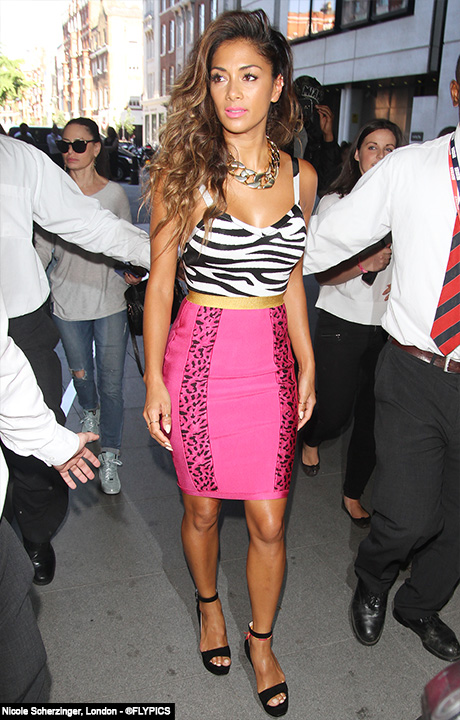