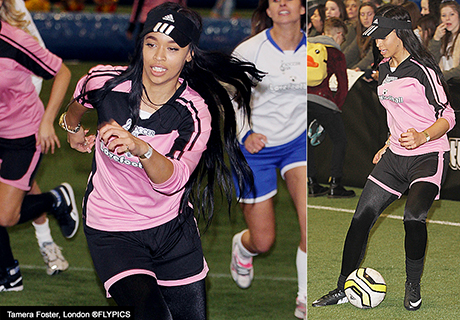 XFactor 2013 finalist Tamera Foster can claim her own no1 having captained her side to victory in the Soccer Six competition in London. 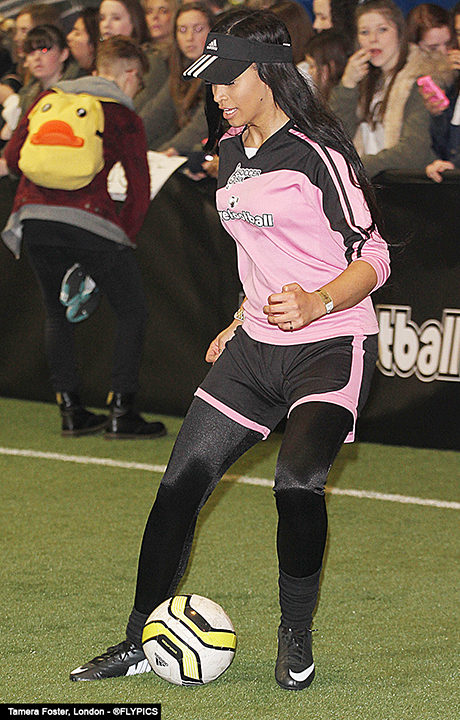 Stunning X Factor vocalist Tamera Foster let her feet do the talking after she led her side to victory in the Soccer Six tournament in London. The young star scored two goals in the competitive final in London. 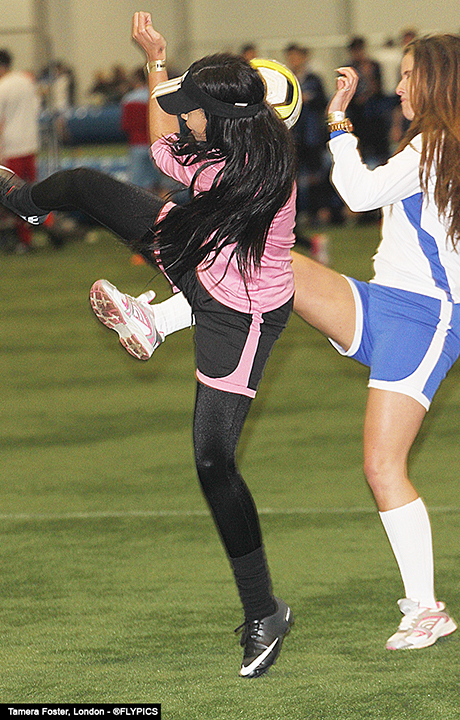 The bruising encounter showed Tamera’s determination and her competitive side in the final against the ‘Take Me Out’ team. 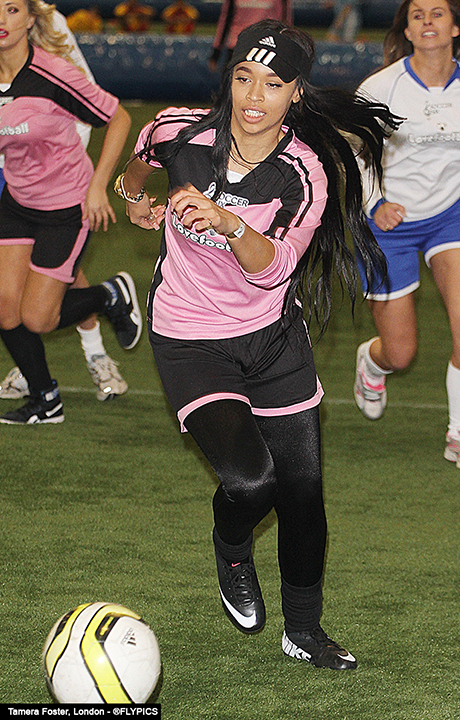 After having defeated the girls representing Britain’s Got Talent, Tamera scored twice in the finals against the ‘Take Me Out’ team however she confessed to Flyer the training was the last thing on her mind. 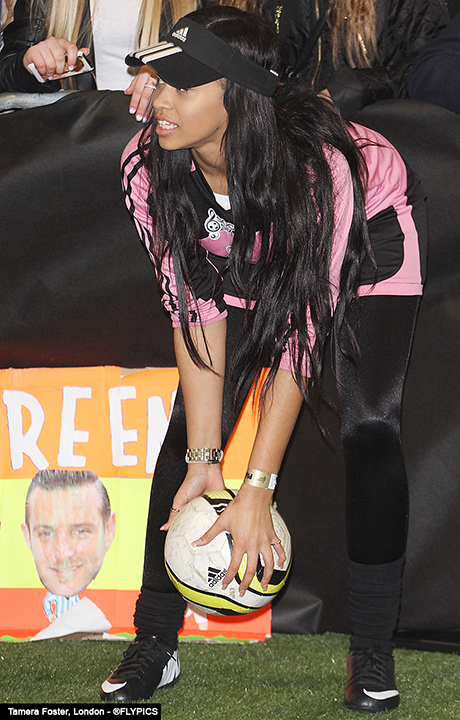 Tamera’s skills were matched by her team mate Cassie ‘Goodbye Charlie’ who was ‘Women-of the match’. 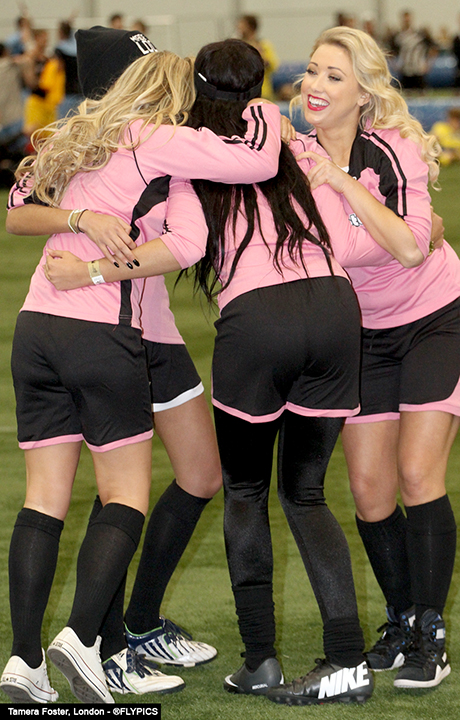 Team effort was awarded with victory. With support from her friend Sam Callahan and Luke Friend, Tamera was all smiles as she raised the trophy and winners medal. Despite this heavy workout Tamera maintained her flawless complexion and showbiz makeup. 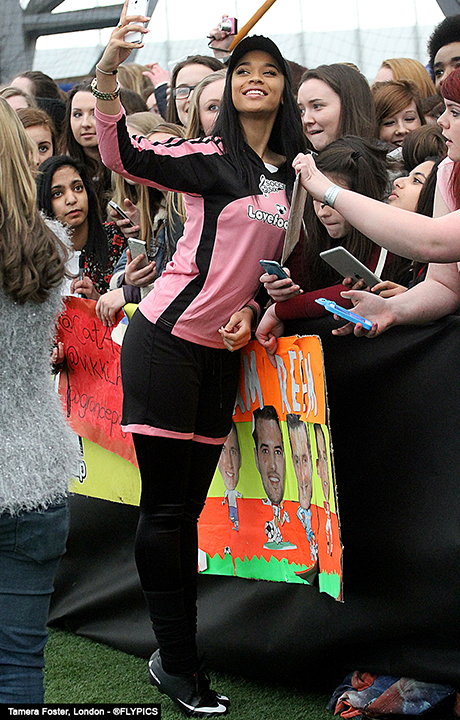 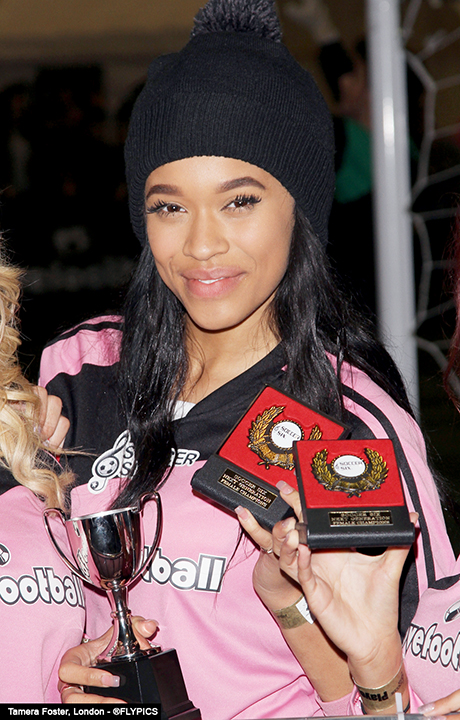