Is Iggy Azalea the new JLo? 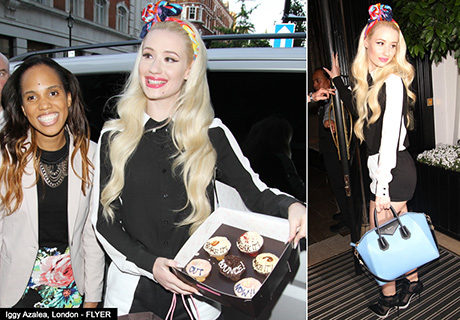 It would appear from the paparazzi frenzy that have been shadowing the Australian singer that Iggy Azalea has all the right attributes to reach the top as a recording artist. 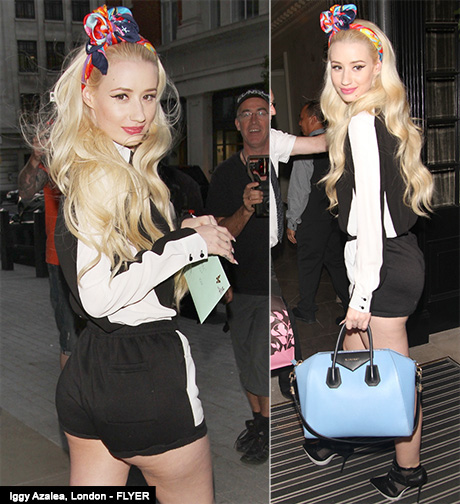 The Australian singer has been soaking up the sunshine and the attention as she rocked up to Rinse FM and later BBC Radio One wearing sweatpant mini shorts with white leather patches. 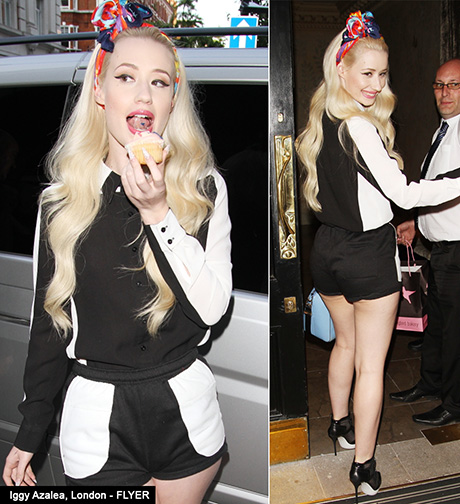 At Radio One Iggy was visibly moved when she was presented a cup-cake from a supporter Hannah. ‘They spelt out the verse lyrics of ‘Bounce’ her latest single. In this order below SHAKE IT! BREAK IT! MAKE IT! BOUNCE! OUT NOW!! 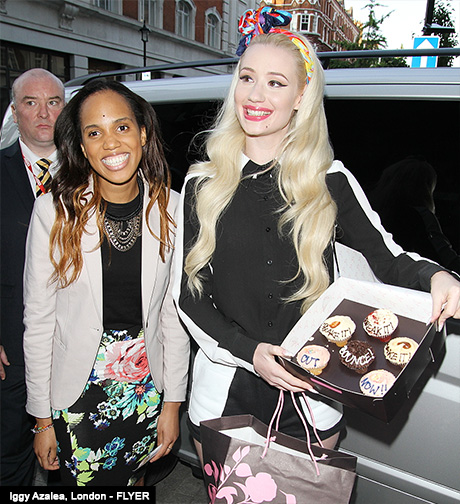 Posing with the cup-cakes Iggy signed autographs for 20 minutes before arriving at Radio One in central London. Still clutching her goodies Iggy looked delighted to see the paparazzi when she returned to her West London residence and she posed for more snaps.

Recording artist Robin Thicke was spotted with his backing dancers as he arrived at Radio One in London. Posing for pictures with his customary shades the singer looked casually stylish wearing a pin-stripe suit. 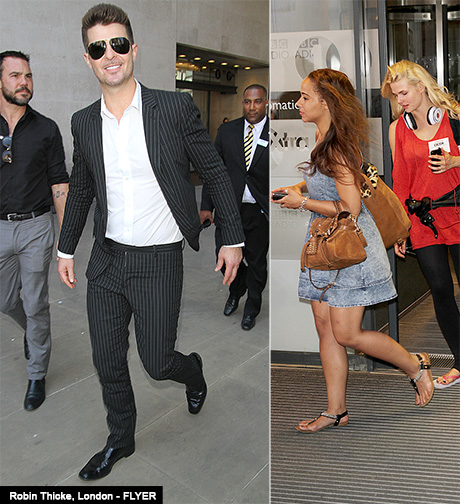