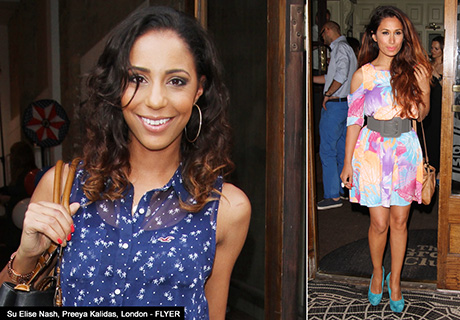 British born Australian resident Su Elise Nash who was in the all girl group Miss-Teeq wasted little time in catching up with some of her industry pals during her visit to the capital recently. 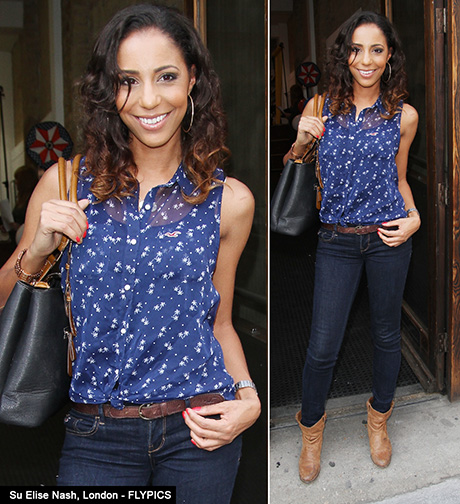 Su was spotted at the exclusive High Society Fashion party in East London and chatted briefly to Flyer Newspaper. “Both of my sisters have emigrated to Australia, I now live near Bandai beach and it’s beautiful. The weather the people the food everything is so different,” said Su. 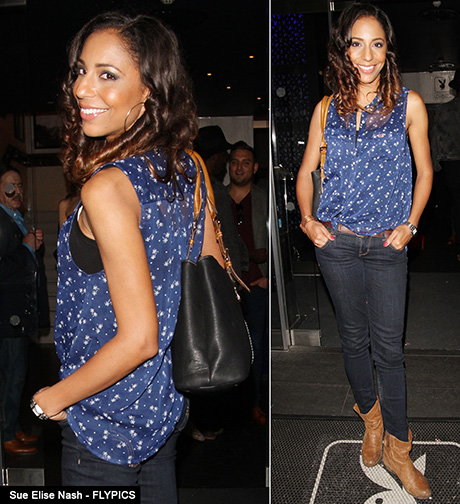 Although there’s much speculation of a reunion of Mis-Teeq Su simply said: “It’s great to know that there’s so much love with regards to Miss-Teeq. 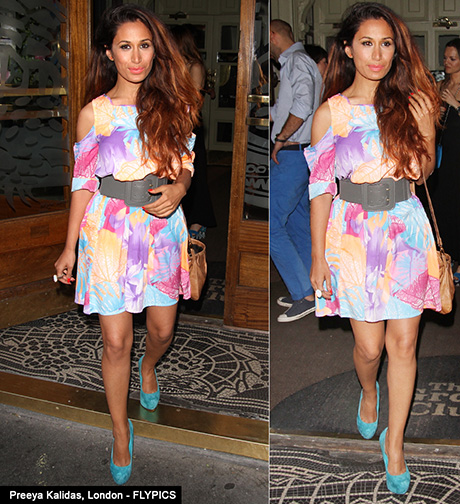 Amele Barabar took centre stage at the London premier of Get Lucky. Joining Amelle at the star-studded launch was actress from the film Emily Atak.

Looking fab in her pop-art cartoon print dress Amelle Barabar stood tall at the London premier of Get Lucky in London. Speaking to Flyer Newspaper Amelle said: “I’ve’ recorded my latest single in London and LA. The single will be released soon. The Sugababe singer looked naturally beautiful as she posed for pictures at the Mayfair hotel in London. 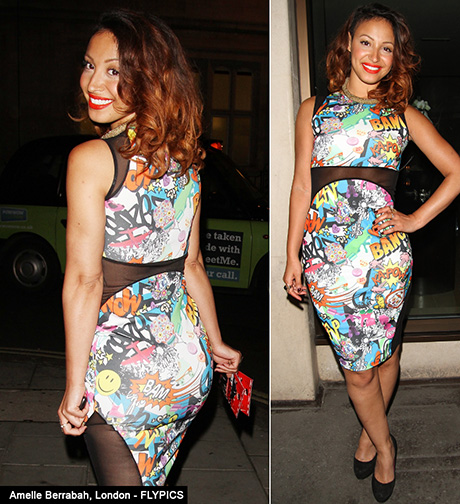 Brothers Lucky (Luke Treadaway) and Raphael (T J Ramini) have always lived on the wrong side of the law. When a job goes very wrong and Lucky finds himself in debt to local heavies, Sebastian (Craig Fairbrass) and Mr. Kramer (Terry Stone), Lucky is forced to join his wayward brother on the biggest heist of their careers.

While Raphael concocts a plan to rob the casino of the most powerful crime-lord in town, Mr. Zigic (James Cosmo), and with the help of Zigic’s own unwitting employees Niko (Marak Ovarek) and Eli (Jason Maza), Lucky is distracted by the girl of his dreams, femme fatale Bridgett (Emily Atack), who may not be all that she seems.

With betrayals and twists of fate, it seems everyone has an ulterior motive – the question is, who can the brothers trust on the most important night of their lives? 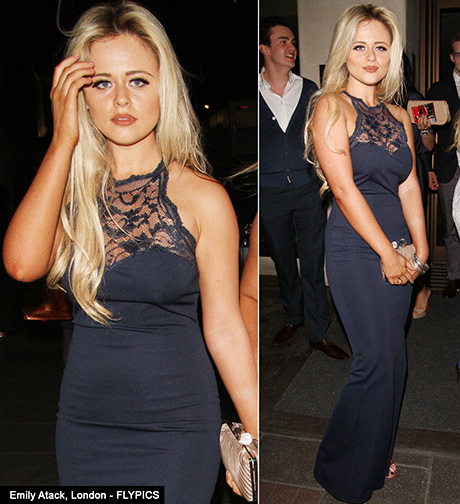