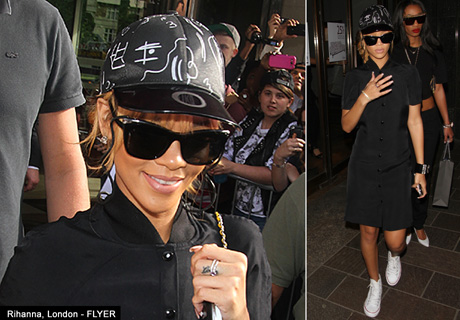 There’s always a buzz in media land when popstar Rihanna hits-up the capital.  Media teams were on high-alert and so to were London’s paparazzi. 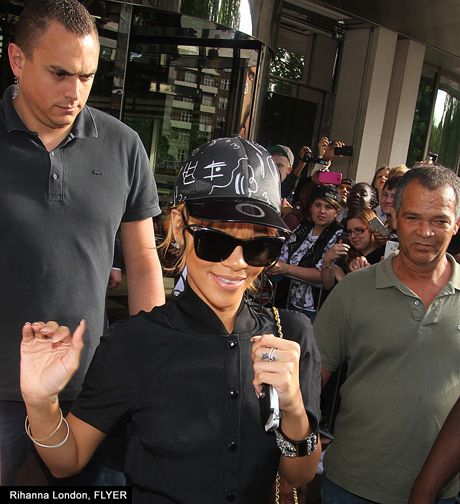 Rihanna looked happy to meet and greet some of her fans as she exited her central London hotel wearing a black buttoned dress, sunglasses and white sneakers. 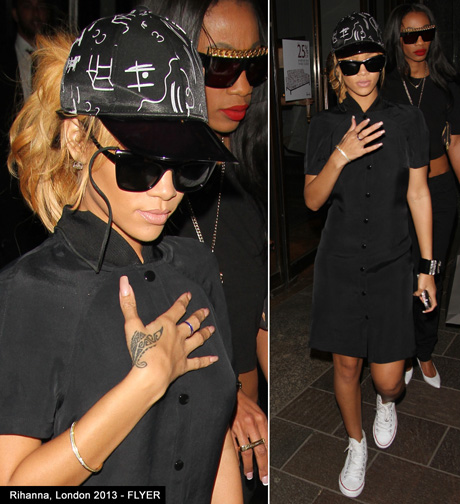 Many of her fans thought the star was heading to River Island, this was not the case. Rihanna headed directly to Harrods in Knightsbridge and embarked on a marathon shopping spree. Some shoppers were surprised to see the star. Harrods security also looked surprised to see one of the worlds superstars shopping at the store.

Rihanna exited Harrods at 7.pm Friday evening and headed back to her hotel. 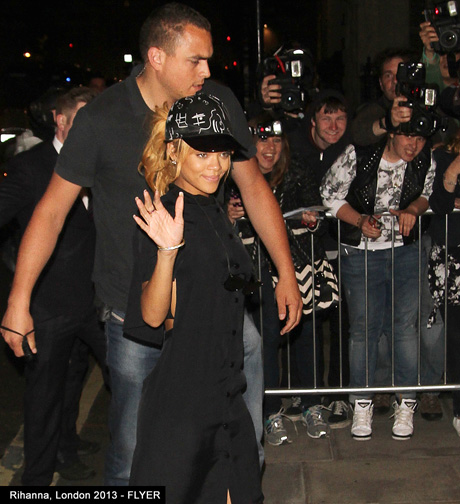 If there’s one thing you can guarantee with Rihanna is that she is unpredictable. After what was reported as a crazy car chase across the capital in which the star circled her hotel three times in one hour in what appeared to be a bid to loose the paparazzi who were in pursuit, Rihanna pitched up at her hotel.

At 2.30 AM Saturday morning Rihanna surfaced again in a short white skirt and thigh-length boots. Security sheltered the star from the torrential rain as she headed to a London night-club in central London. 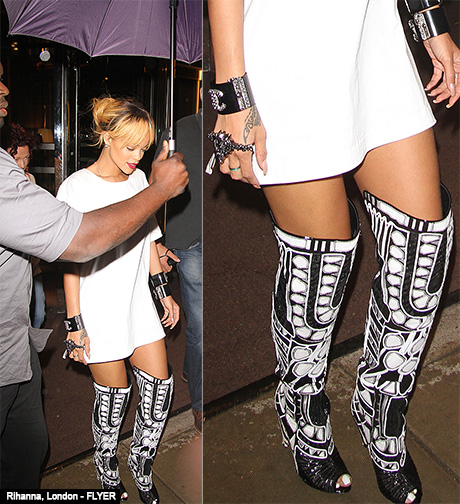