Fresh faced Ciara wraps up for radio in London 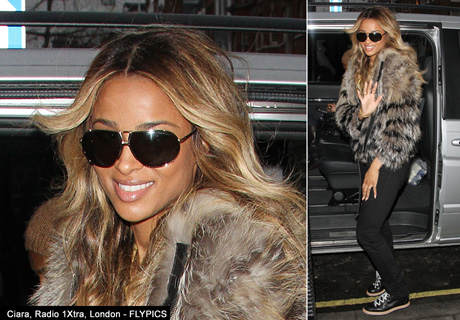 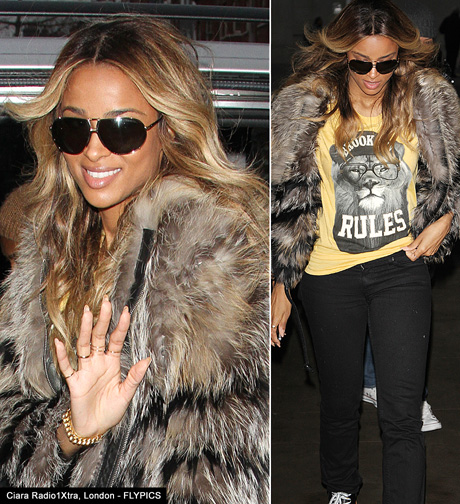 It’s been a hectic few days of promotion for Ciara who was promoting her album at DSTRKT Night club followed by a further day of back-to-back promotions. 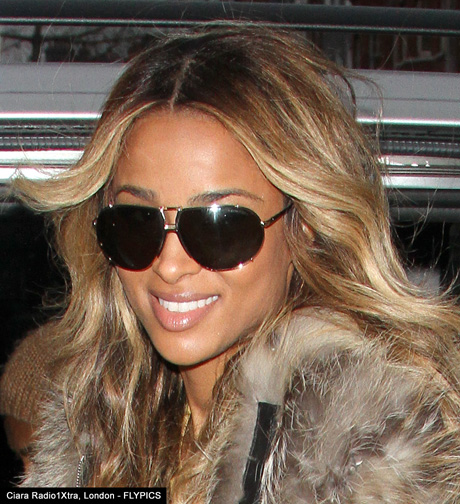 Ciara who was a guest on DJ Sarah Jane’s afternoon show on Radio 1Xtra was mobbed by teenage girls as she exited the building. 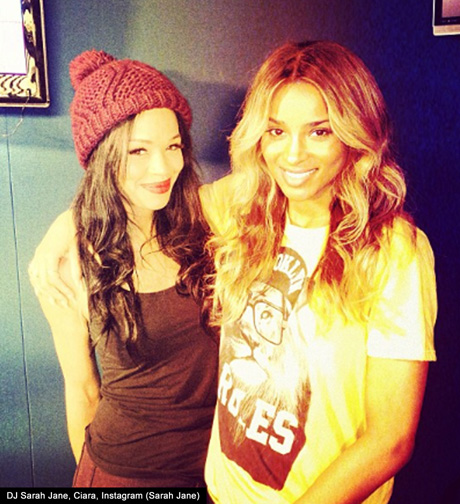 Taking to twitter DJ Sarah Jane tweeted: “Me and the gooooorgeous @Ciara when she passed through my show.” 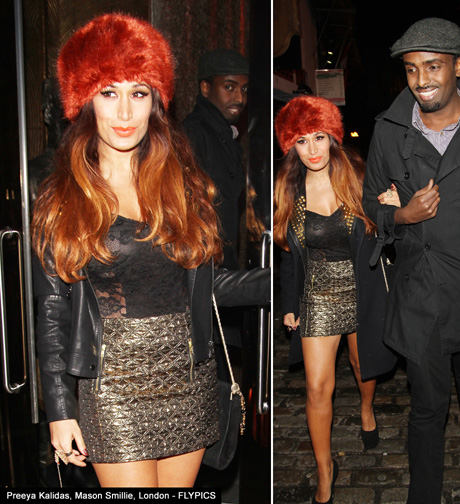 Also hitting up the UK was Grammy award winner singer songwriter Alicia Keys who visited Kiss and Capital FM before appearing on the Jonathon Ross show at ITV studios.