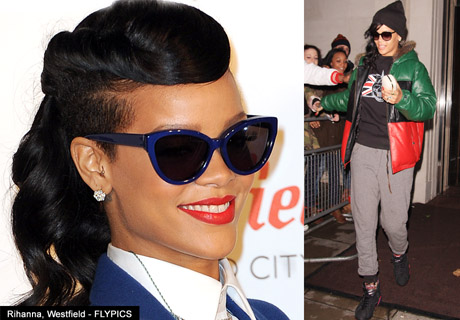 Rihanna was all smiles when she rocked up at her Park Lane Hotel. The Caribbean mega star was in the UK to promote her seventh album ‘Unapologetic’ which was released on the 19th November. 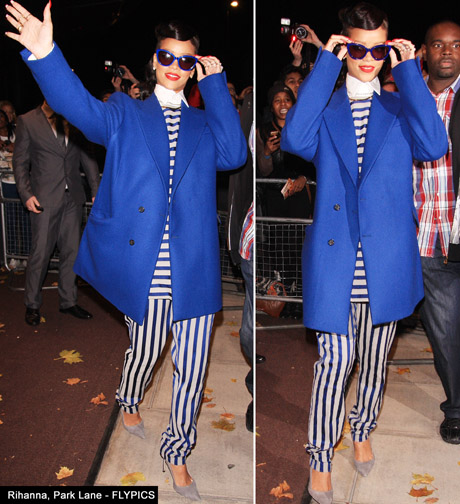 As part of the promotion for ‘Unapologetic’ the mega star embarked on a 777 tour which includes performing in seven courtiers in seven days. Wearing a men’s blue stripe pyjama inspired trouser and top set by Acne (spring 2013 collection) over a white button down shirt by Raf Simons, Rihanna complimented this style by wearing a blue jacket by Raf Simons from his autumn winter 2012 menswear collection, grey suede pump heels and blue sunglasses. 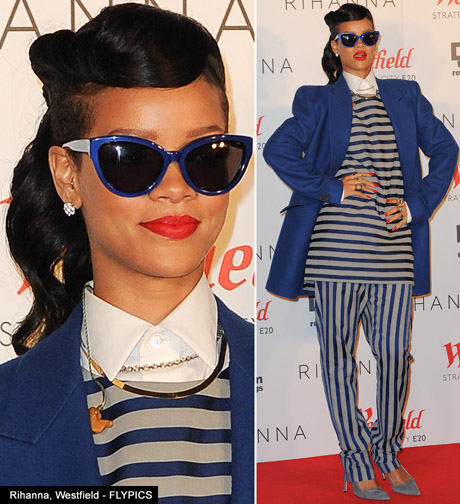 Rihanna was all smiles as she hit-up Westfield retail complex where she performed a track from her latest album as well as flicking the switch on the retail giants festive season. Reportedly receiving over £500k for her endeavours it was not surprising that Rihanna was in celebratory mood as she rocked up the Kentish Town Forum, the secret venue for her penultimate leg of her 777 tour. 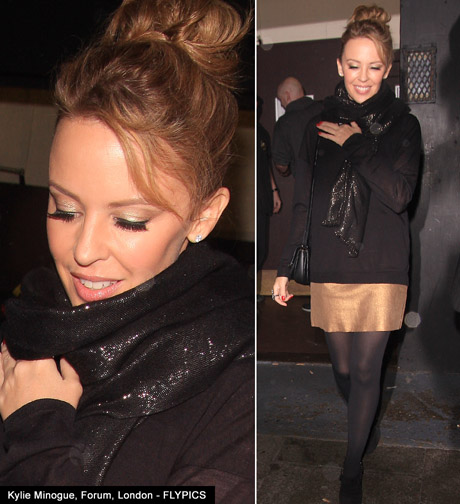 Despite the hectic schedule Rihanna still found time to meet with her loyal fans many of whom were given Gold tickets to see the show. The secret gig at the Forum was so secret that the promoters were seen giving away tickets by the end of the evening despite the display boards reading ‘sold-out’. 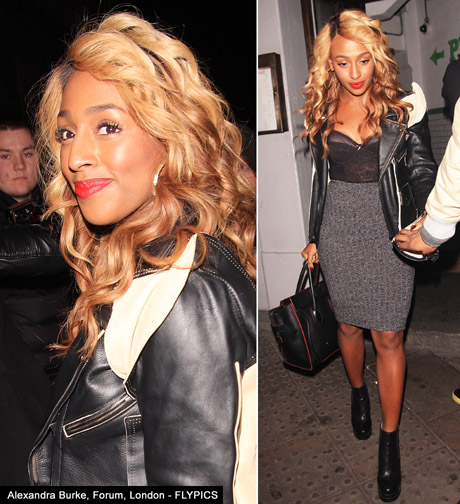 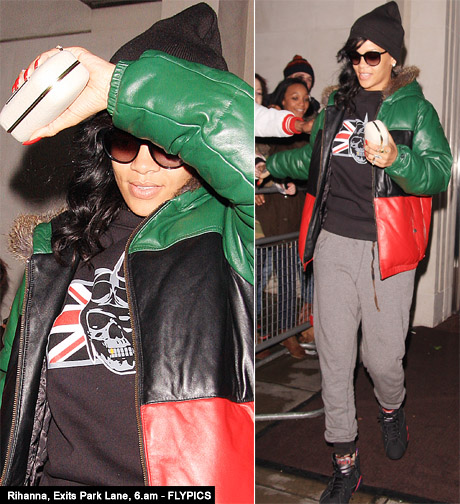 Rihanna wasn’t the only one dressed for winter, Rock Nations first lady RIta Ora was seen rocking in leathers and multi coloured coat as she hit up the BBC Radio 2 studios in London. 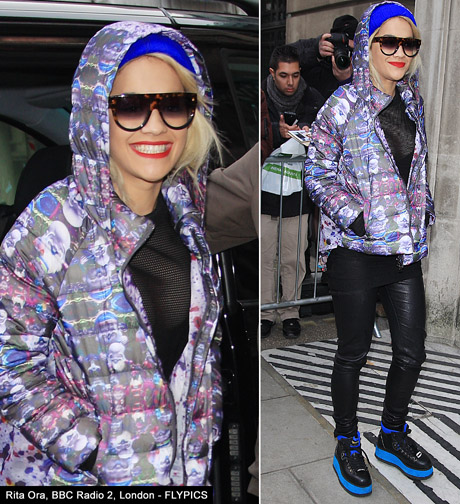