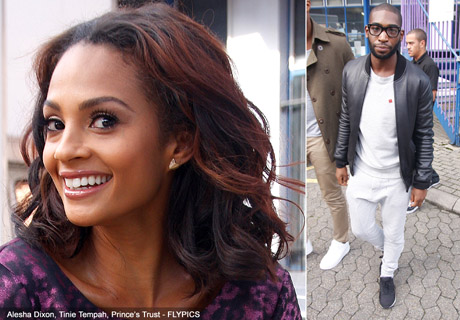 Stars Alesha Dixon and Mark Ronson joined forces to inspire young people to succeed at the princess Trust Centre in Hackney. The event coincided with the shattering news that more than 950,000 young people are still struggling to find work. 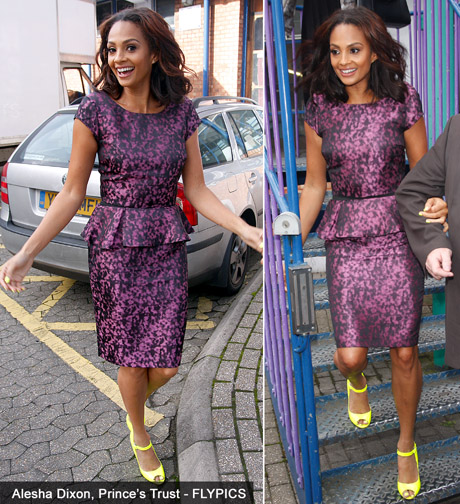 Wearing a purple and black print peplum dress with yellow Mary-Jane shoes which matched her yellow nails Alesha looked picture perfect as she rocked up at this launch event. 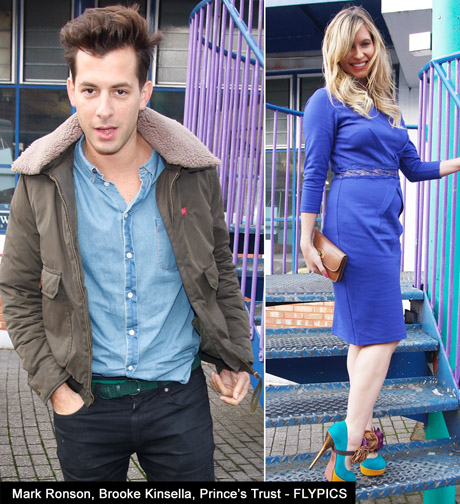 The charity’s Celebrity Ambassadors took part in ‘Against The Odds’, a live web-streamed Q&A to inspire young people facing barriers such as unemployment, poverty and homelessness.

Tinnie Tempah, Lemar, Charity campaigner Brook Kinsella MBE and SBTV entrepreneur Jamal Edwards were also at the event to share their experiences of overcoming difficulties to get where they are today. 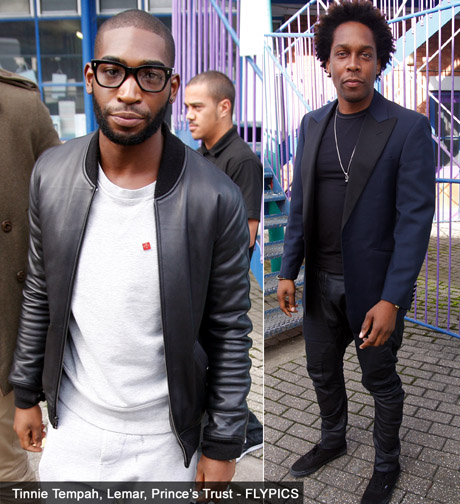 Singer and Britain’s Got Talent Judge Alesha Dixon said: “I feel extremely blessed to have a job that I love, but it hasn’t always been that easy to get to where I am today. At times I didn’t have the easiest of childhoods, but I grew up believing I could achieve my dreams. 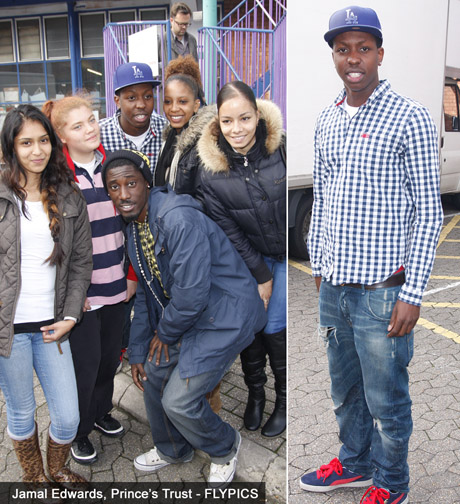 “As an ambassador for the Prince’s Trust, I’ve seen how the charity helps thousands of young people to achieve things they never thought possible. No matter how difficult things get, the most important thing we can say to young people now is not to give up hope – there is support out there to help you get where you want to be.” 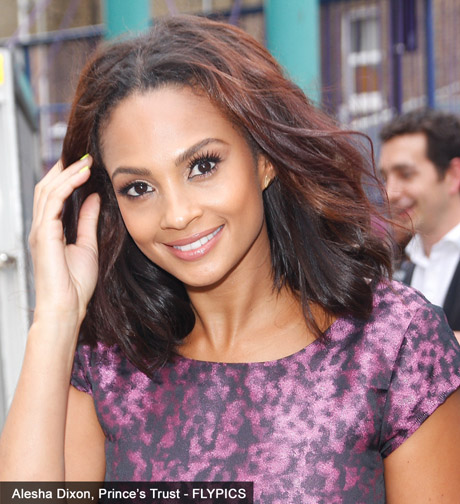 DJ and Producer Mark Ronson said: “I find it shocking that so many young people are struggling to find a job – it seems like such a waste of talent and ambition.

“As a music producer, I’m always on the lookout for young talent, and I’ve helped quite a few people get their first break in the industry. But I want to more, which is why I’ve signed up to become an Ambassador for the Prince’s Trust. I hope that against The Odds cam inspire people to achieve their potential. Three in four young people move into work education or training.”