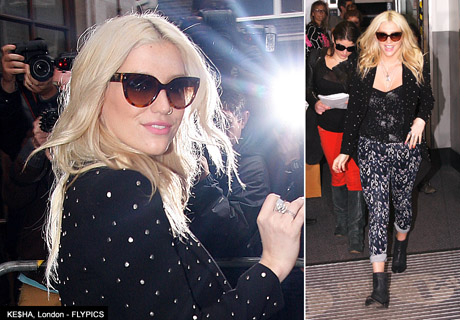 American singer/songwriter Ke$ha has been spotted out and about in London by Flyer photog’s. Alongside a day of radio promotions the American also found some down time. 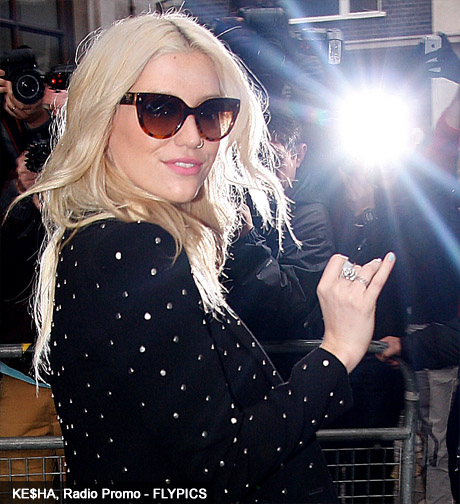 The day started early, too early according to the star. Ke$ha tweeted: “About to do radio at this ungodly hour.” The sexy star pitched up at the Radio One studio where she appeared on the Nick Grimshaw early morning show but before that took to Twitter again and said: “Driving to radio 1 painting my nails AND tweeting my animalz” 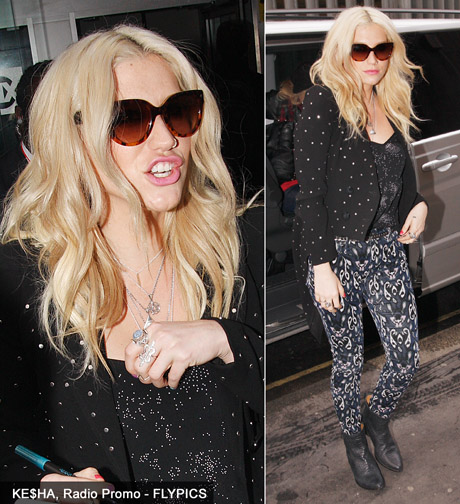 This unique style has catapulted the star onto the front cover of this month’s American VIBE magazine. During one visit to radio the American mocked a photographer who got a bit too close to comfort and said: “Are you trying to look down my top.”

American Ke$ha was shadowed by Flyer Newspaper’s video/photog’s as she hit up Radio 1Xtra, Capital Radio and Kiss 100fm. 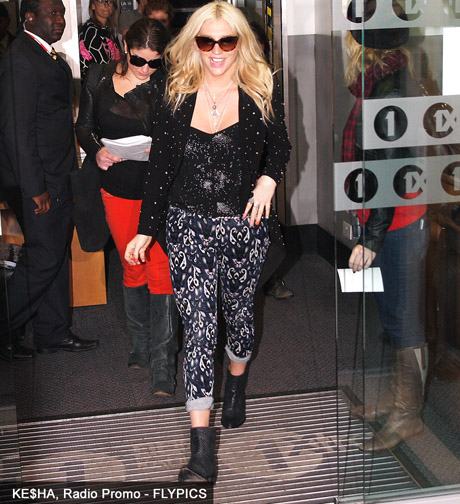 Reporters notes said: “Kesha and her team really appreciated the London crowd and used the opportunity to interact and build on her huge UK fan base.

Ke$ha was later that evening spotted in the lobby of the Soho Sanctum Hotel.