Pink deals directly with the paparazzi 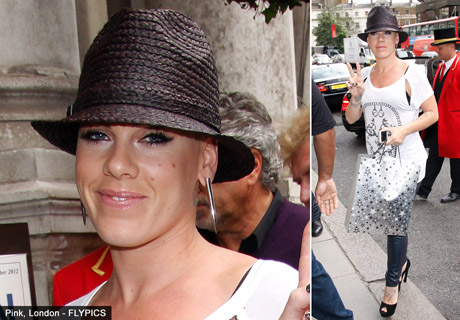 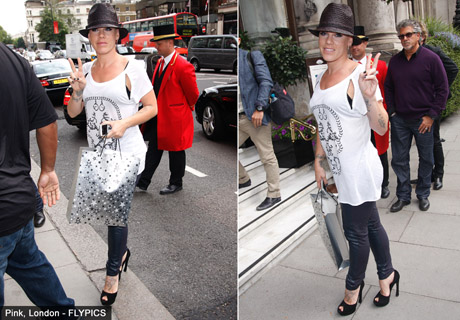 The American who was named the number one Pop Artist of the decade by Billboard magazine in 2009 arrived at Radio One Extra at 8.am where she was interviewed on Host Chris Moyles morning show.

Leaving Radio 1Xtra at 9.00am it was swiftly off to Capital Radio.

Before heading for some retail therapy Pink said a few words to the paparazzi she said: “I ‘m going to be taking my daughter out, I just want to keep it cool. There’s so much energy around.”

With interviews out of the way it was was back to the hotel to pick up her child before going to Harrods for some lunch and retail therapy. 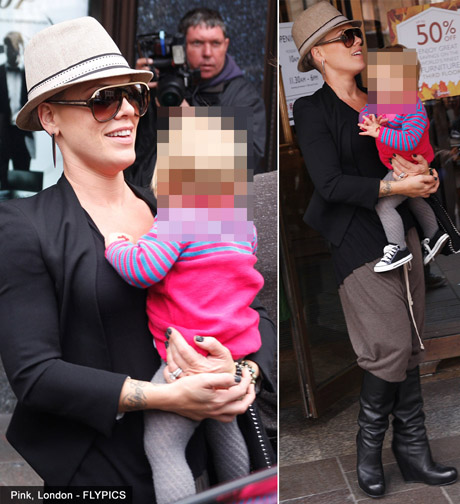 Cheryl parties at Fashion Night Out after confirming she will return  to XFactor as a mentor. 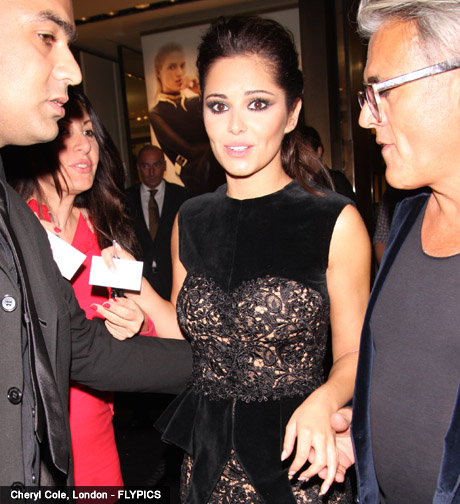