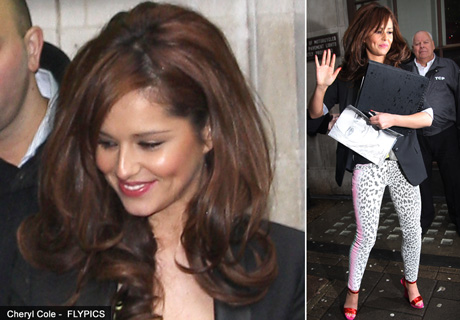 Former X Factor Judge Cheryl Cole put her best foot forward as she greeted fans who had waited over eight hours at radio one to see her today. Cole was snapped leaving Radio One studios in central London. 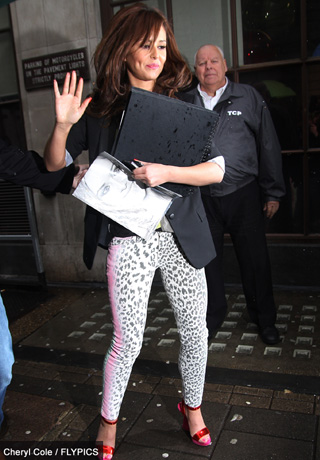 So who did rock this look better, Georgie or Cheryl? 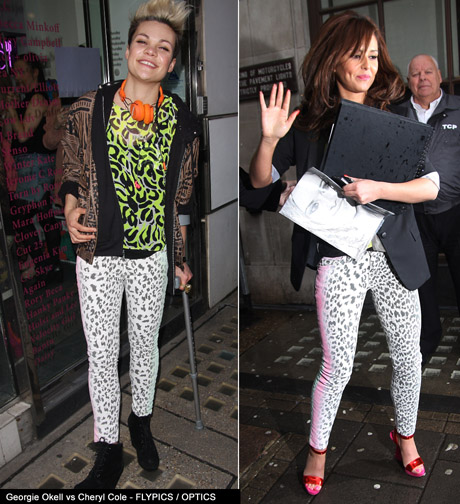 Outside Radio One today Cheryl was not about to get her hair wet and made a quick dash to the car but that was after greeting some of her die hard fans.

Some fans had reportedly been queuing since 11.pm the night before which will be seen as a moral victory over present judge Tulisa Contostavlos. A reporter said: “Cheryl remains extremely popular amongst her fans and the press. You would be hard pushed to find fans willing to wait all night in the freezing rain to see Tulisa.”

Amber Atherton was spotted at the Flash Trash and Oxygen party in central London. 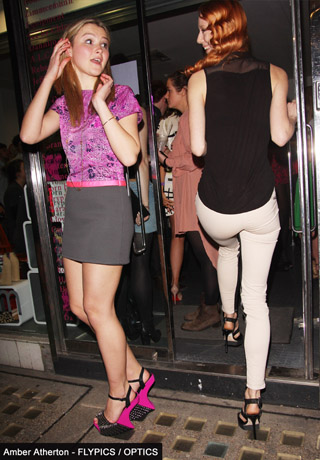 Lisa Maffia and her sister Becky Moore were spotted at the Lovehats.com party in Mayfair, London. 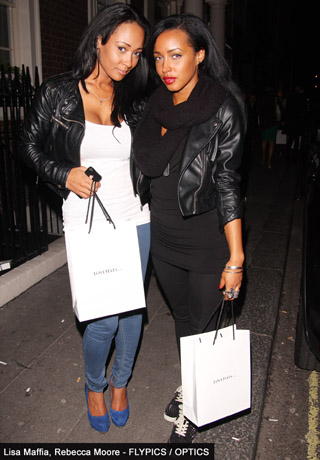