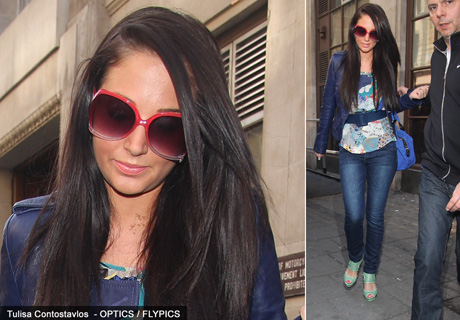 It was back to business for X Factor Judge Tulisa who was pictured leaving Radio One today.

Tulisa it would appear was a reluctant participant however her advisers have clearly felt that meeting the public and the paparazzi was the best route to take as she sets out to restore public confidence. 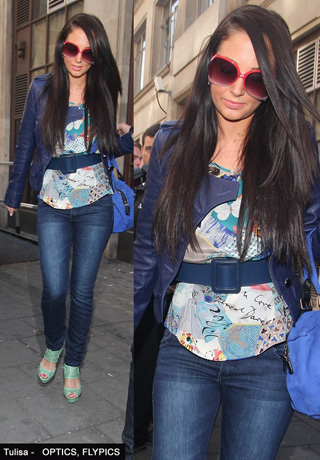 The X Factor Judge has decided to face up to the World following her leaked Sex Tape. 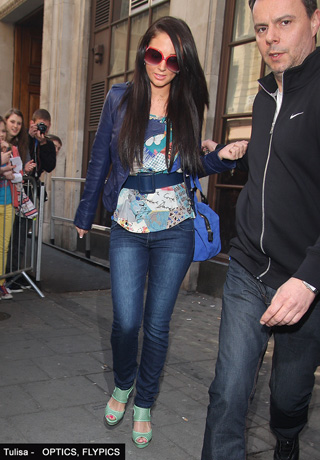 It’s too early to say whether the recent sex revelations has damaged or boosted her career and/or whether her perfume range (The Female Boss) will be revamped or renamed. 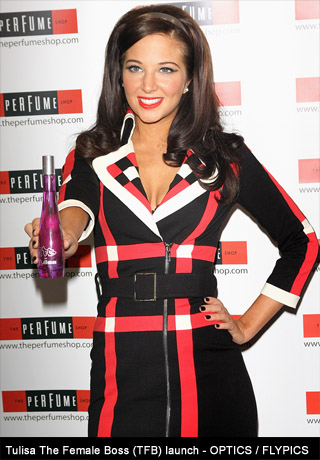 The feisty fighter may not quite be ready to see the world without her pair of shades but you have at least got to admire how she handled the affair.

Lauren Goodger from the Only Way is Essex (TOWIE) drew a crowd in Covent Garden when she unveiled her Sexy Anti-Exotic-Skins advert for campaign group PETA. 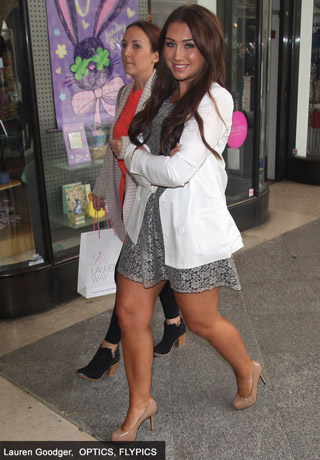 The illustration features Lauren who is lying on the ground with her nude body painted to resemble a snake and a “blood-filled tear” falling from her eye. 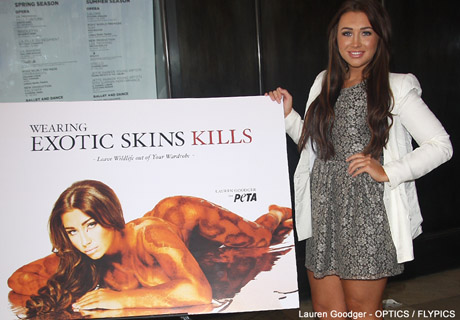 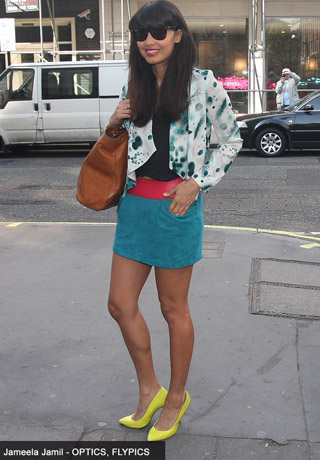