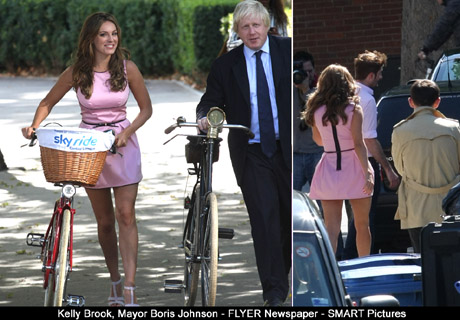 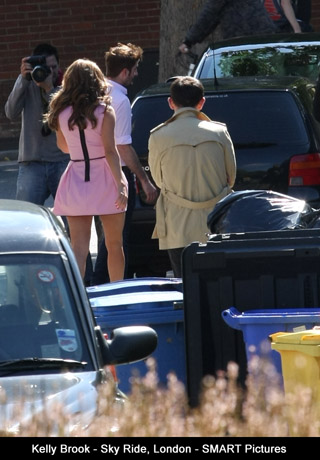 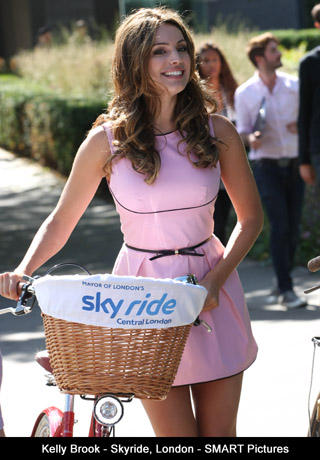 Kelly has obviously been practicing since last year and even managed to cycle with one hand. Boris on the other hand narrowly averted a crash when he momentarily lost control. 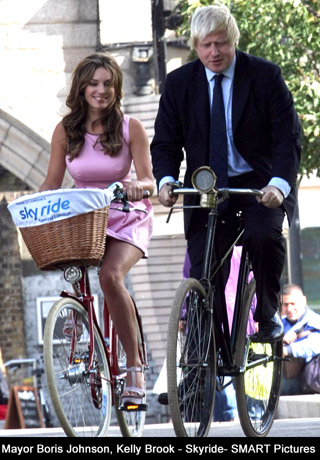 The Mayor of London Sky Ride takes place on the 4th September 2011, in which a route of 7.2 miles in central London will become traffic free. 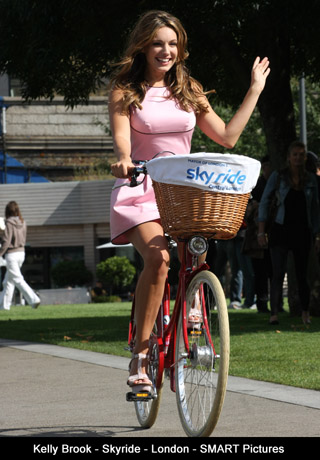 The roads will be closed from 9.30am to 4.30am which will include: Westminster Bridge, Palace of Westminster, , The Mall and on to Trafalgar Square. Last years event attracted 85,000 people. 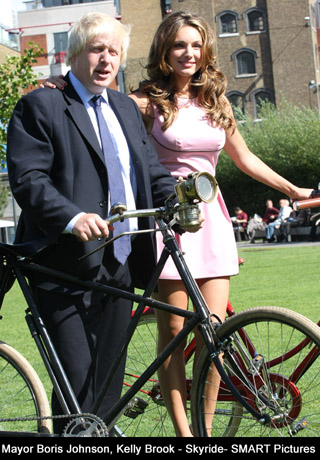 Model Kelly Brook who acts as the Sky Ride London Ambassador said: “Cycling is a great way to keep in shape and spend quality time with your friends.”