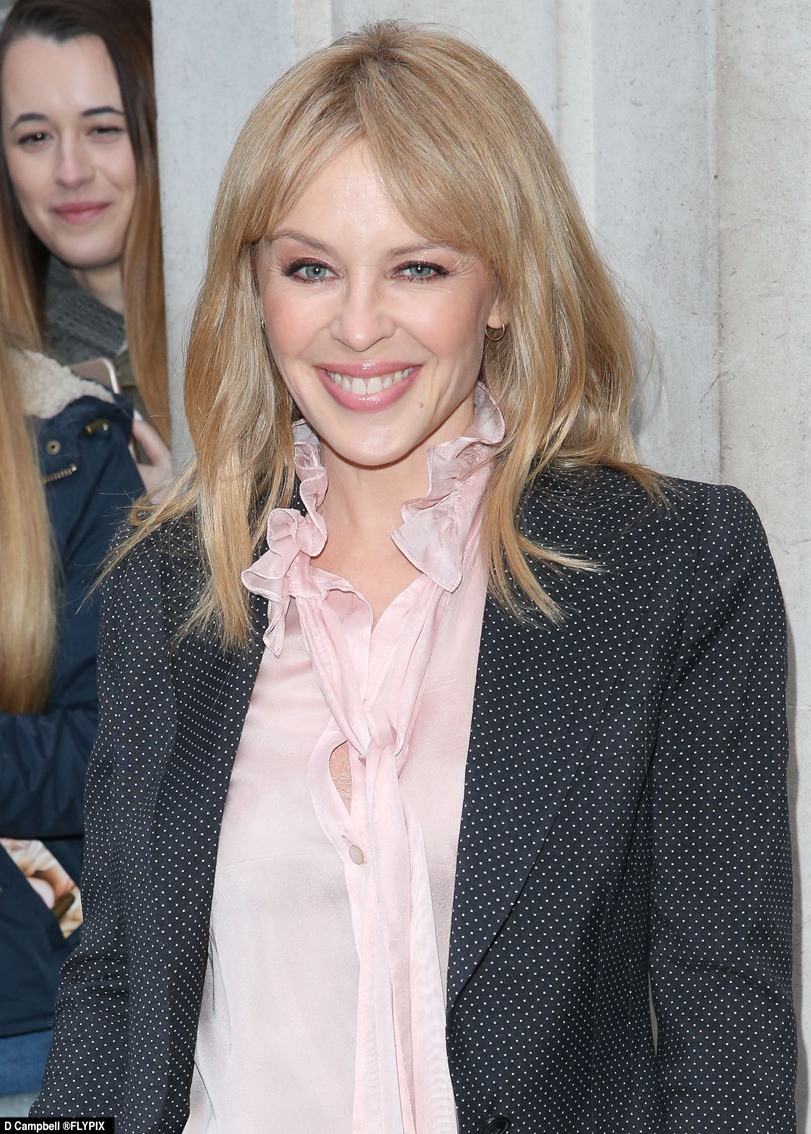 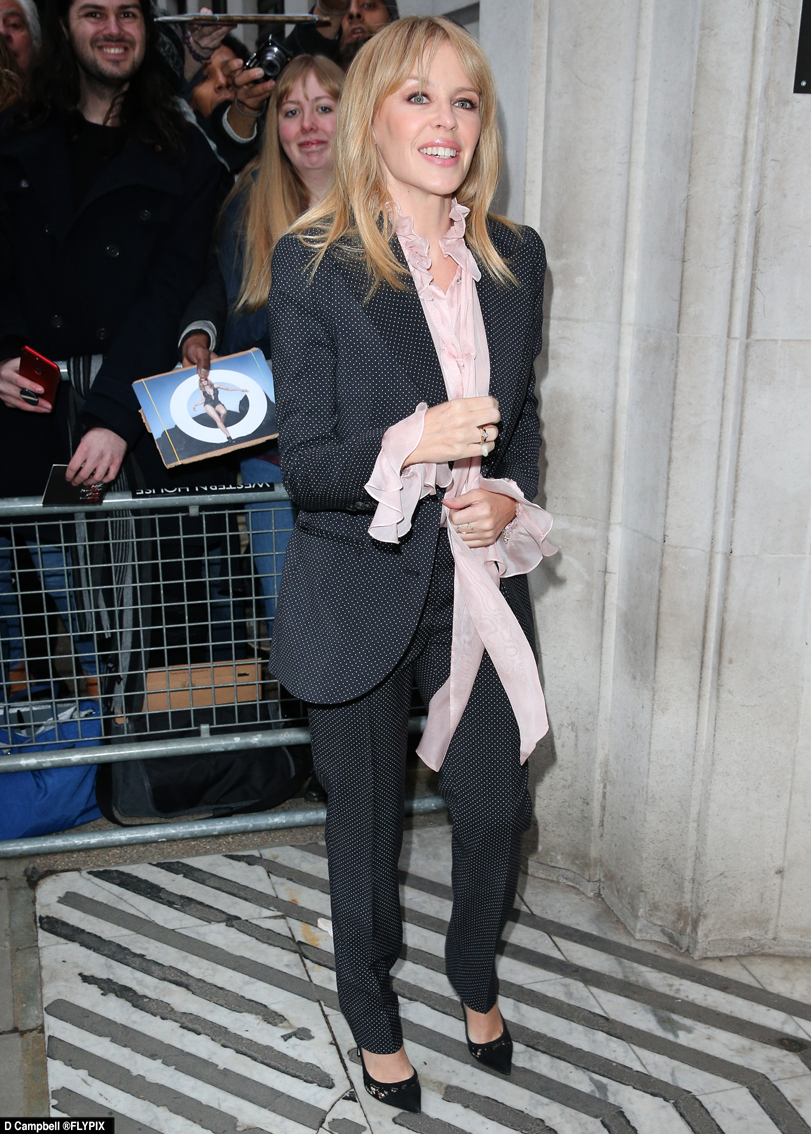 The former Neighbours TV actress and pop-star was greeted by a large number of fans as she arrived  at the BBC studios for the Chris Evans breakfast show. 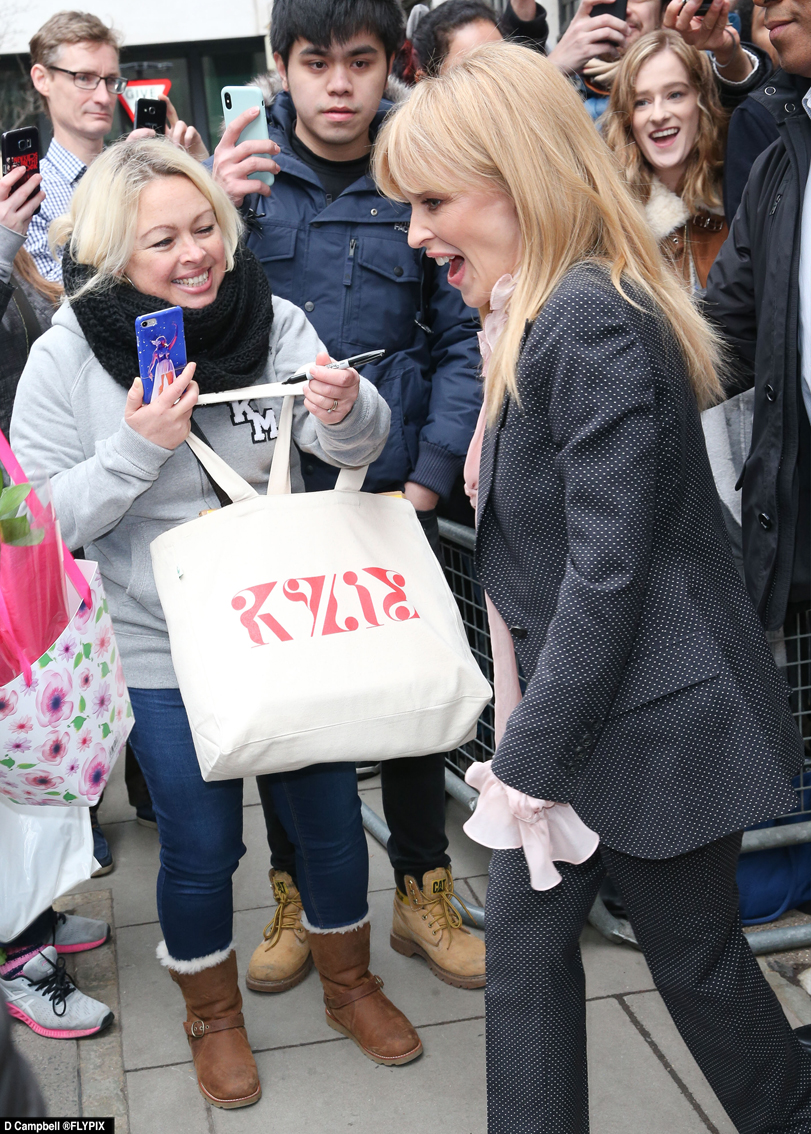 Minogue was a last minute edition to the Chris Evans BBC show after actor Sir Michael Caine pulled out due to injury. 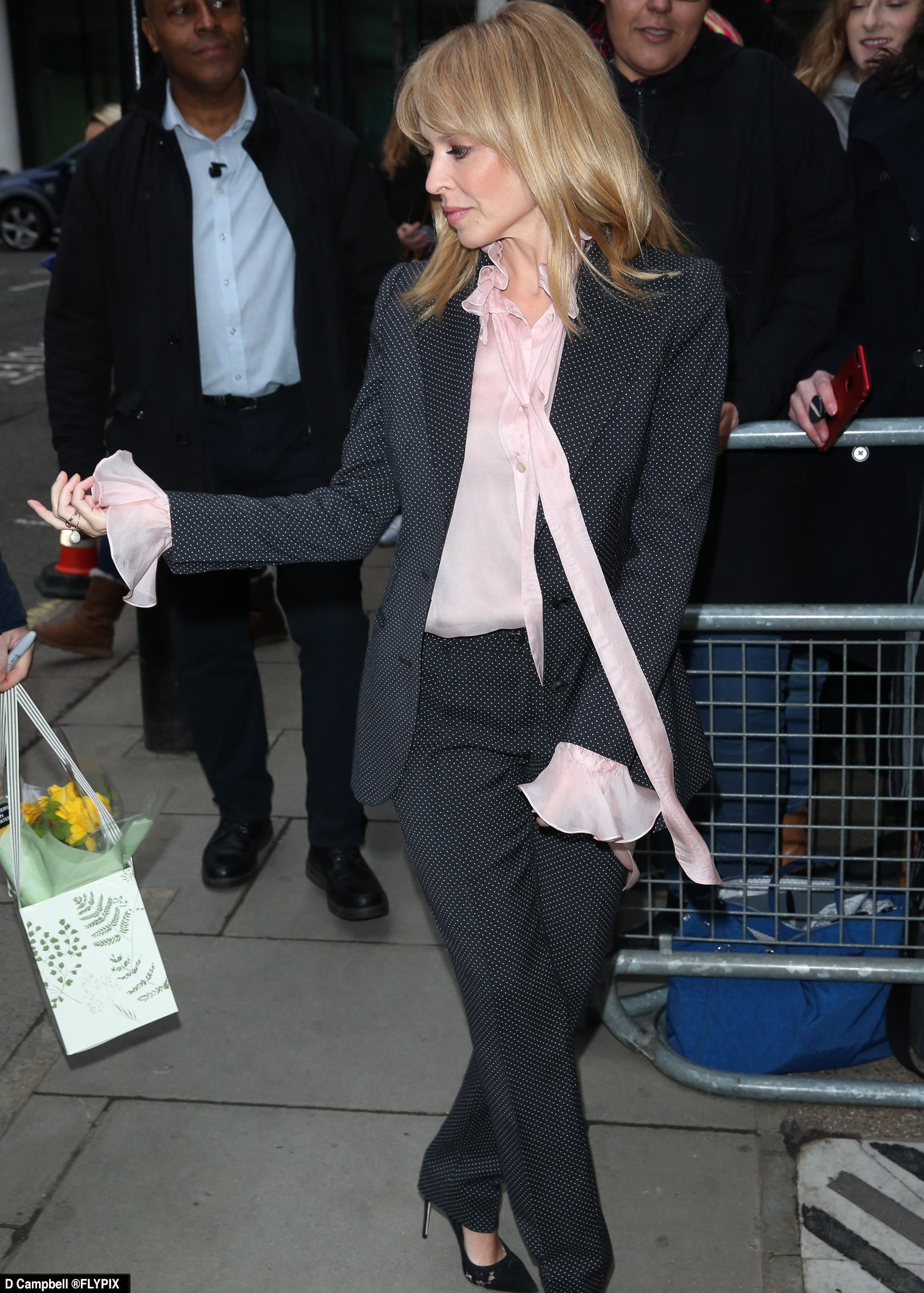 The ‘I should be so lucky’ singer is promoting her new album Gold and previewed her second track ‘Stop Me From Falling’ on the show. 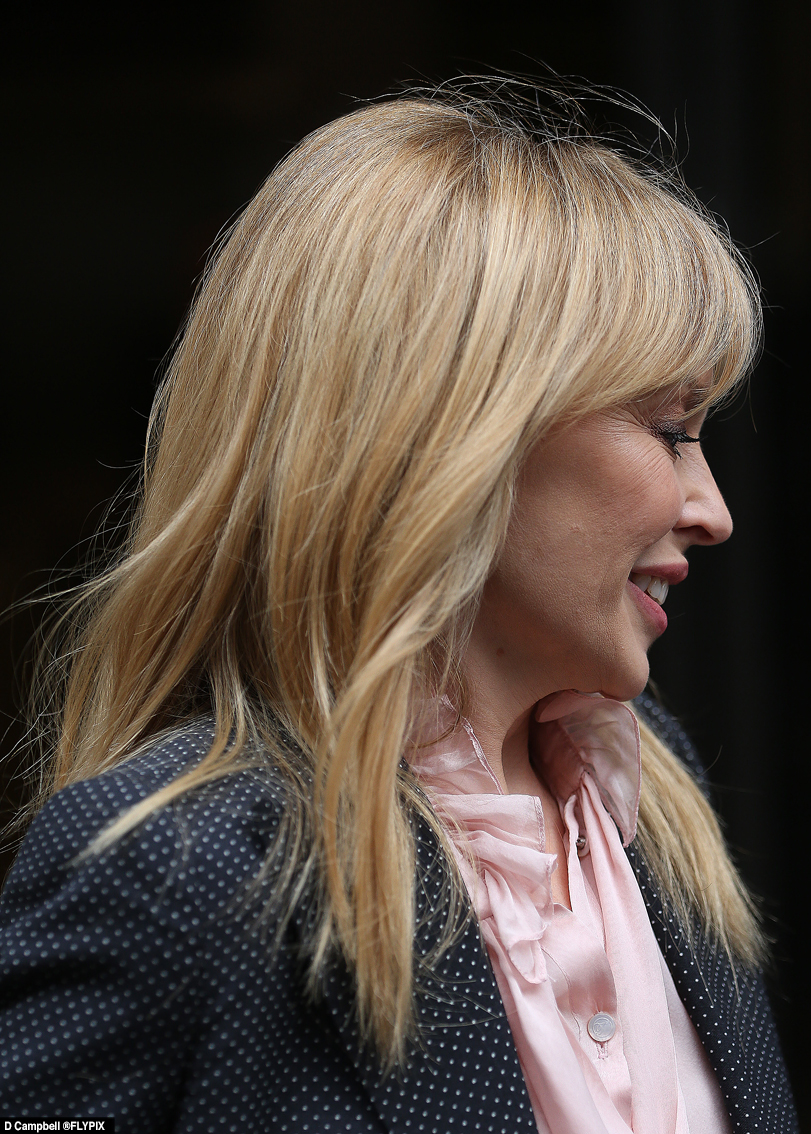 Youthful Minogue has been teasing her fans with snippets from the album and uploading scenes through her social media account. 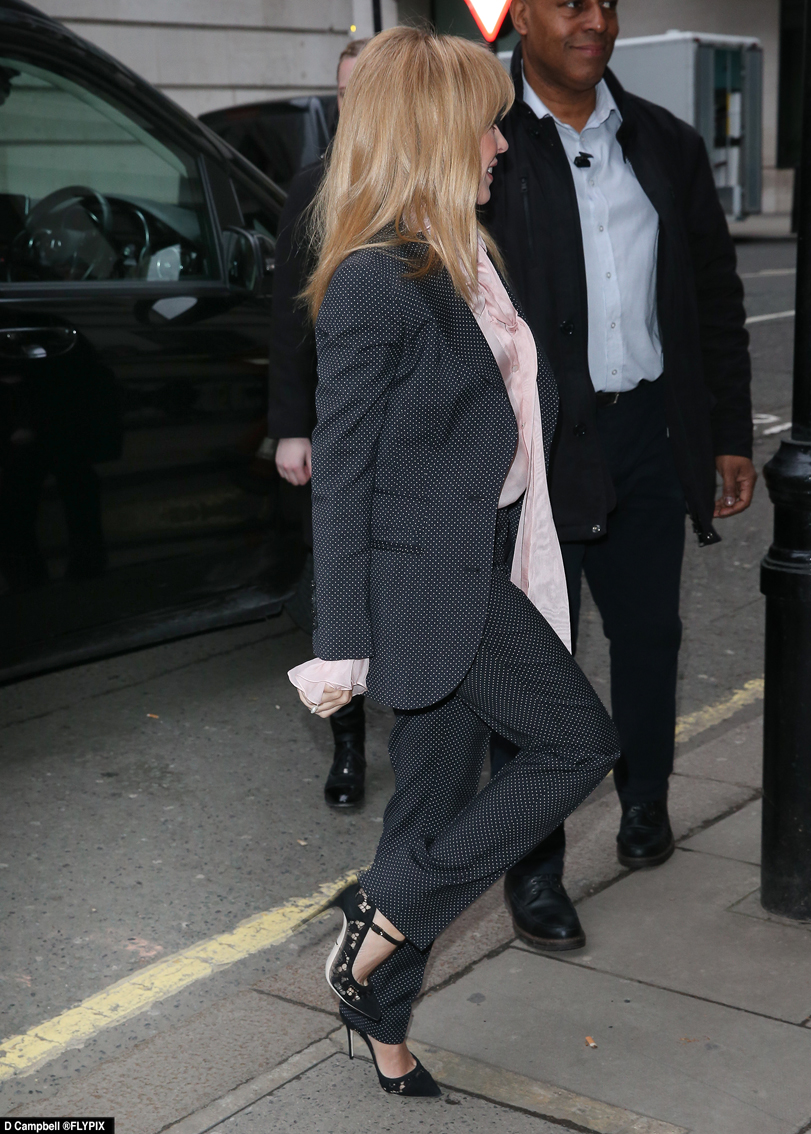 Looking youthful Minogue deserves the title of Queen of Pop. Since the early stages of her career Minogue has rarely put a foot wrong and whilst her personal life has been full of ups and downs her music career has blossomed. 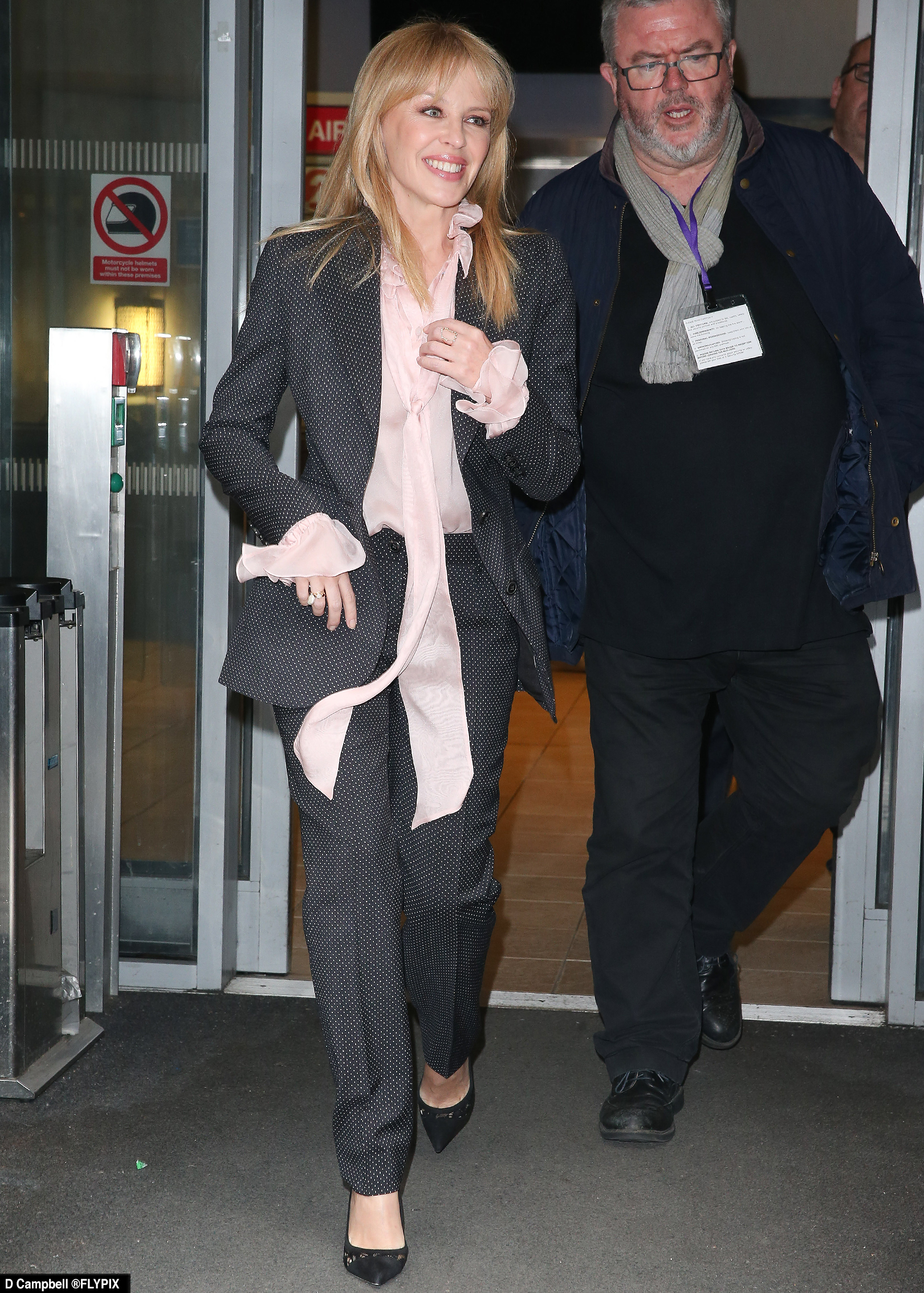 Not a stranger to flashing flesh, Kylie’s gold hot-pants moment sent pulses rising, Minogue was now viewed as a global Sex Symbol a status she still enjoys today. Kylie Minogue will be performing at a number of intimate gigs across the UK including a performance scheduled for BBC The One Show.