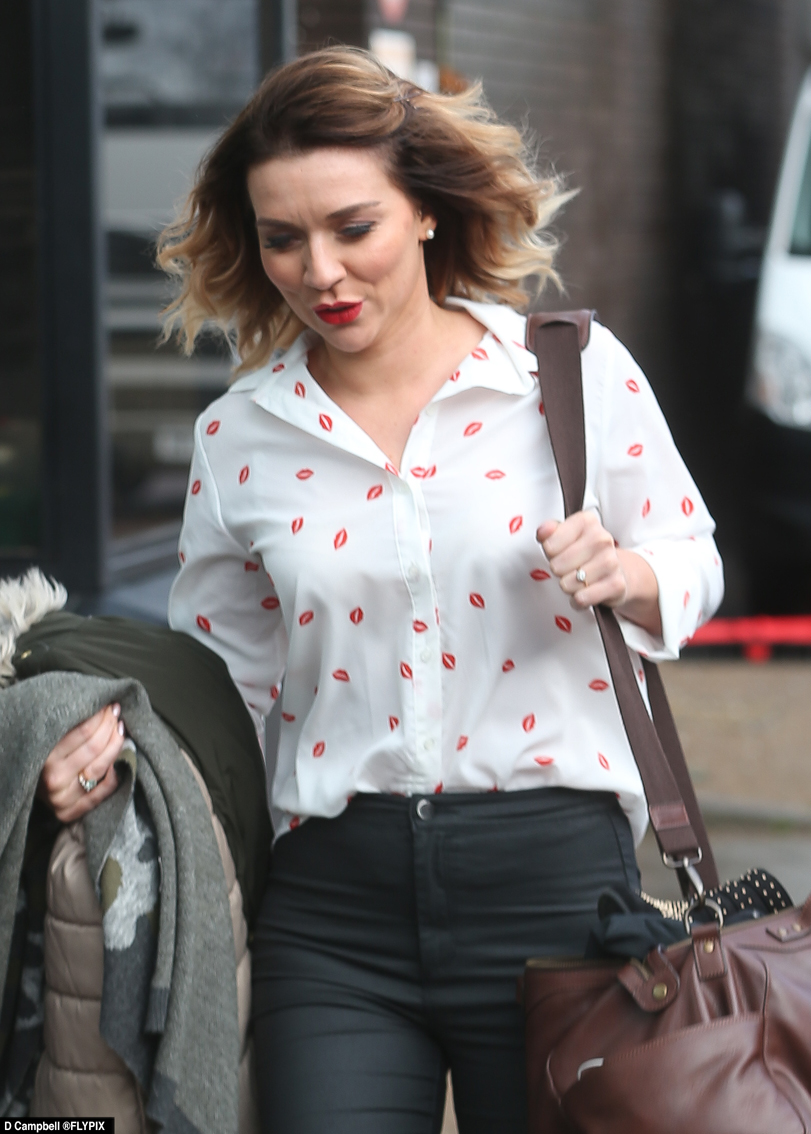 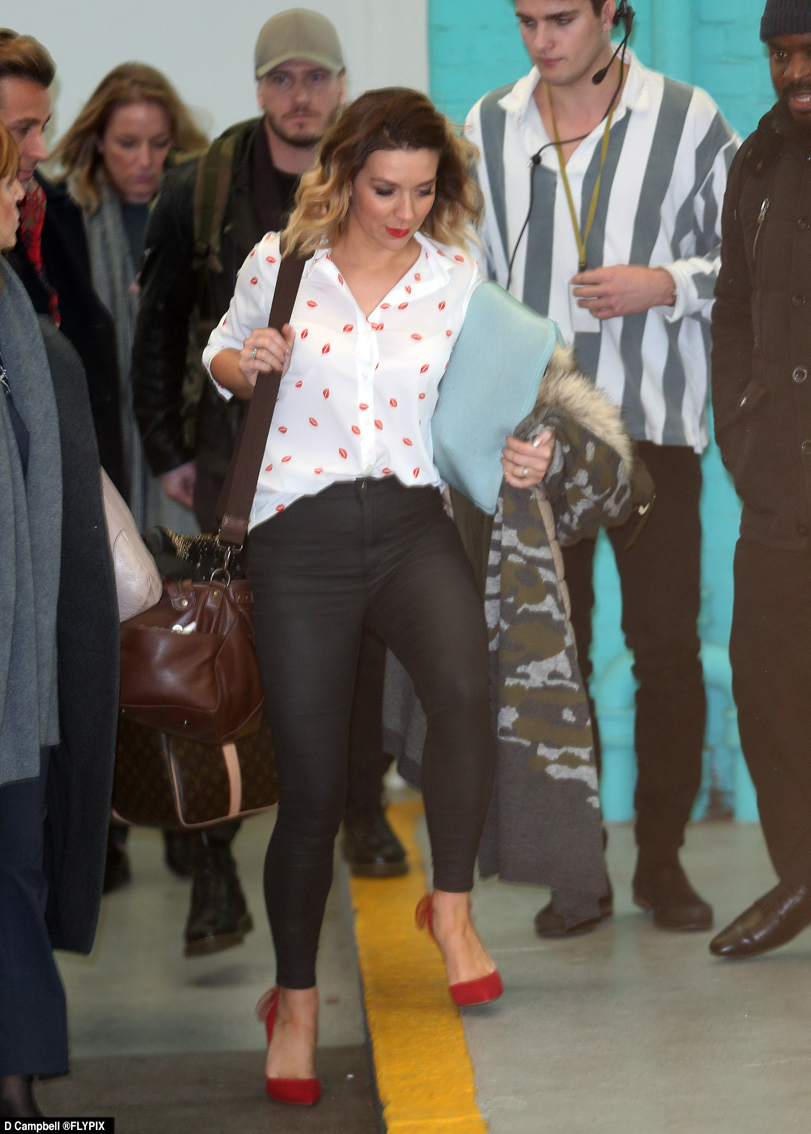 Brown had faced some stiff competition in the skate-off, she was up against Recording Artist Lemar Obika. 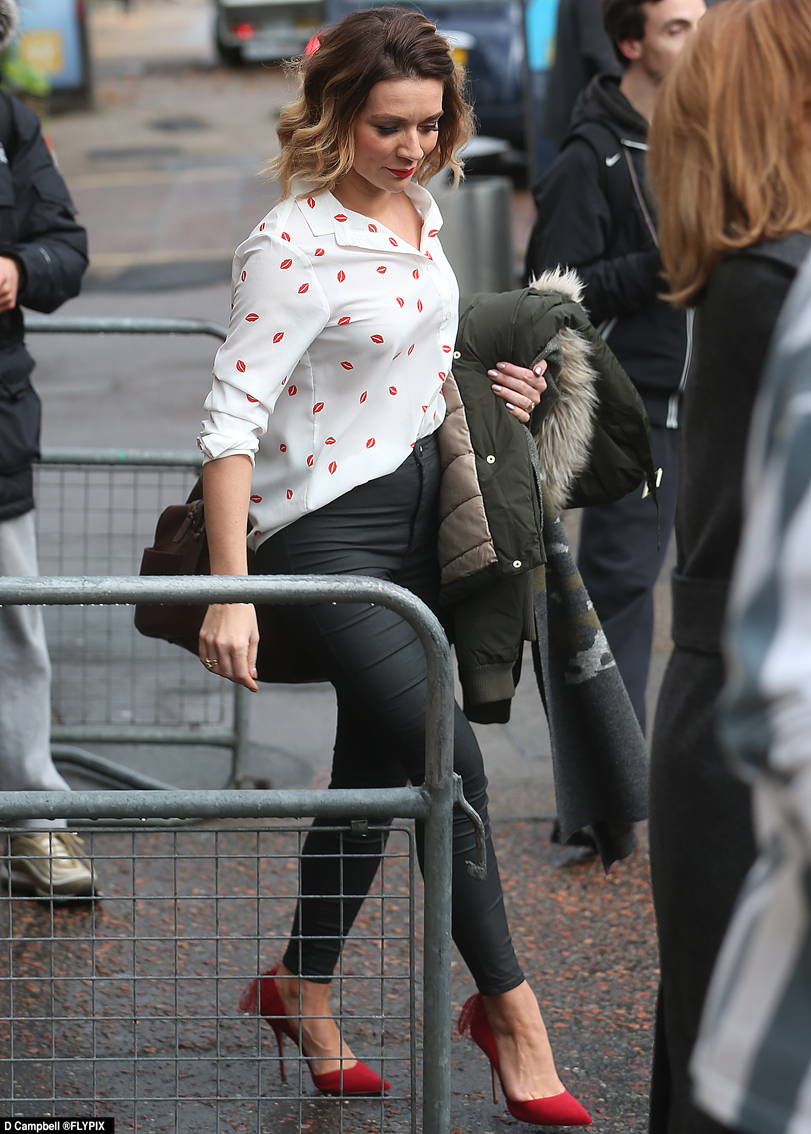 Dancing on Ice judges ruled in favour of Lemar despite Candice’s monumental improvement from the previous week. Candice Brown became the first person to be eliminated from this years show. 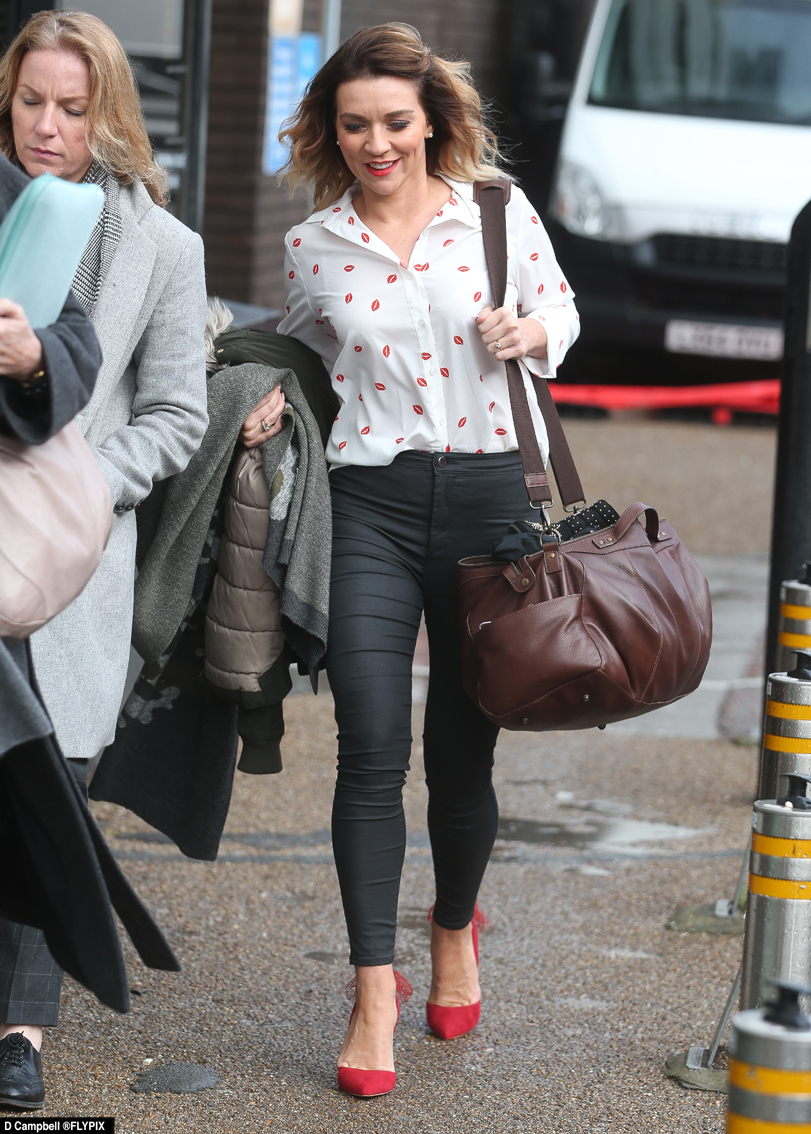 Brown who performed along side pro dancer Matt Evers in her final skate-off before her elimination was still buzzing from the experience when she arrived at ITV studios in London. 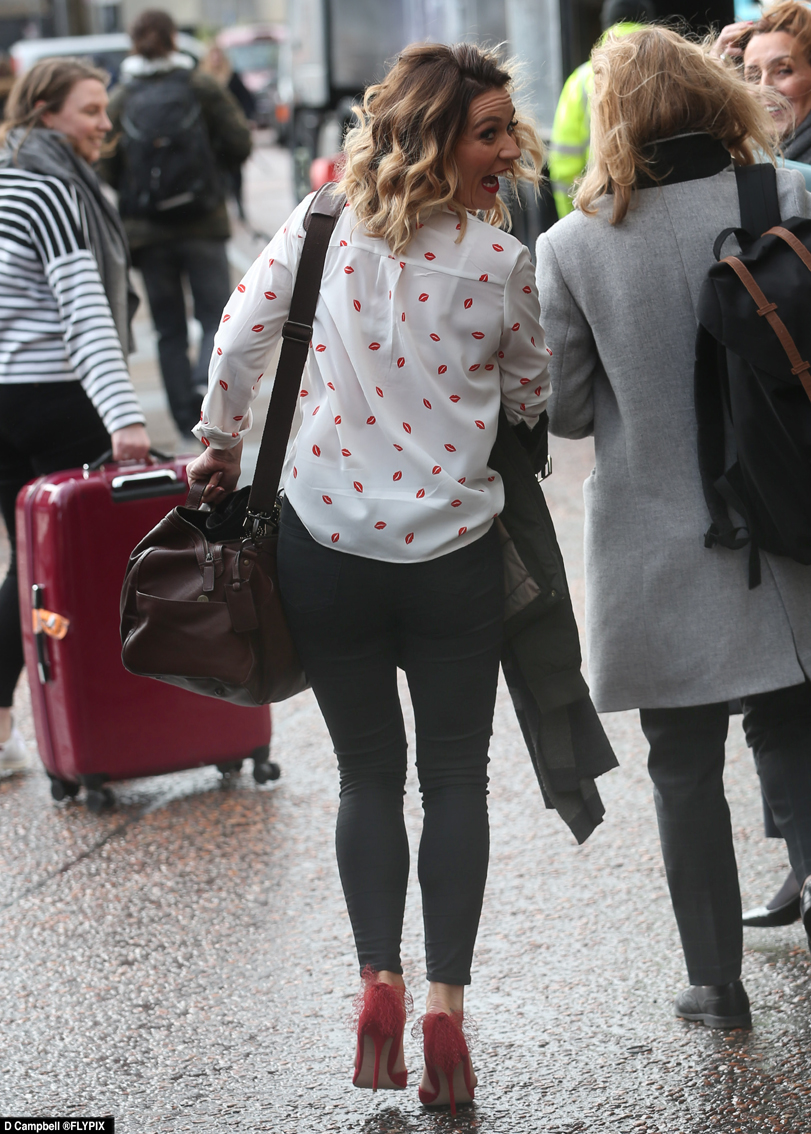 Speaking to the hosts Holly Willoughby and Phillip Schofield, Brown said: “I was upset because iv’e loved every single second of it, It was the hardest thing I’ve ever done.” 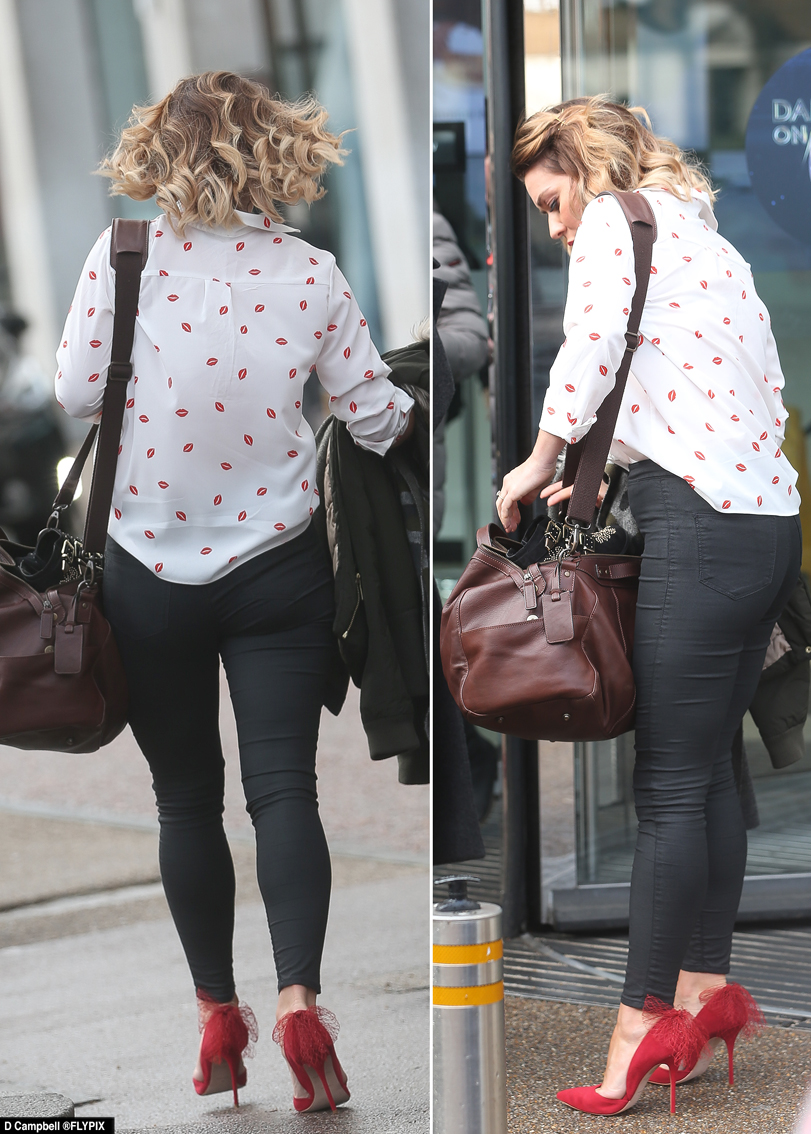 Still buzzing from the experience Candice said: “If some one had said to me  three months ago you’d be spinning around upside down holding on to Matt’s boot, land it and then snog his face off on live television I’d say no….”

Candice Brown is pictured as she exited the studios in London.