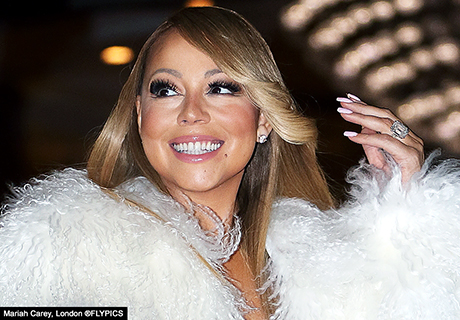 Recording artist Mariah Carey’s hardly put a foot wrong since being in the UK and true to form Mariah put on a glitzy show for the paparazzi when she stepped out of her hotel wearing a huge fluffy woollen coat and white sequinned panelled dress. 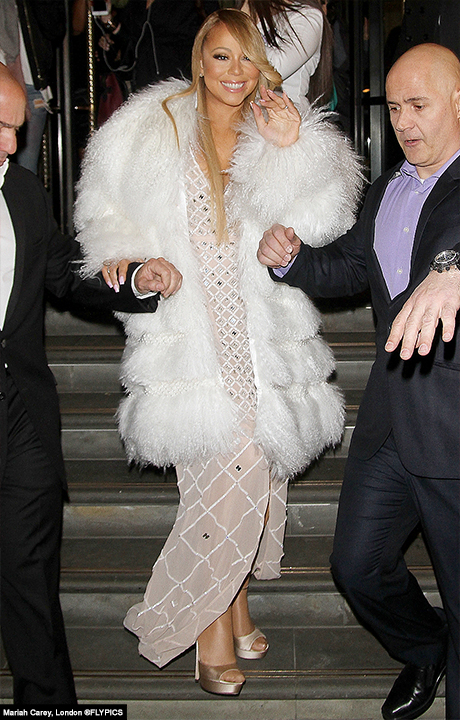 Lights, cameras and a lot of action, Mariah battled her way thorough the crowds of supporters and eventually managed to get into her hired Viano. 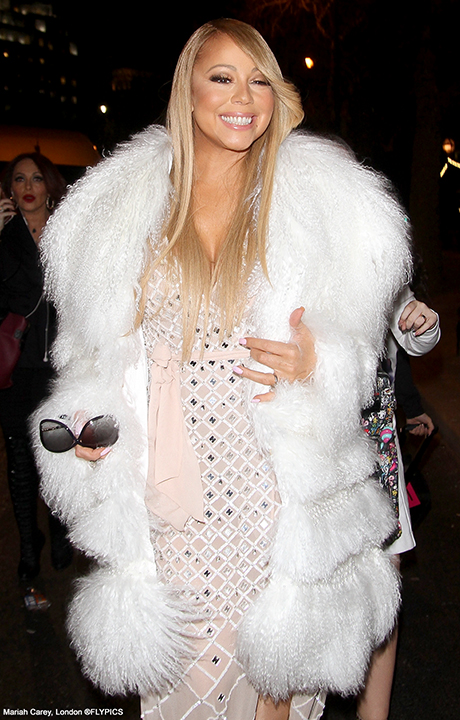 The journey was short, one hundred yards later Mariah Carey rocked up at Temple pier a short distance from her hotel and boarded a private boat to the 02 Arena for her London leg of her Sweet Sweat Fantasy Tour. 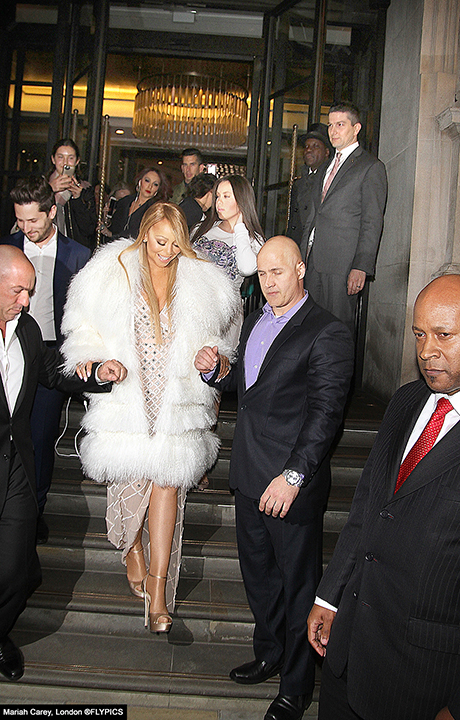 Mariah Carey steps off at Temple Pier below flashing her huge engagement ring. 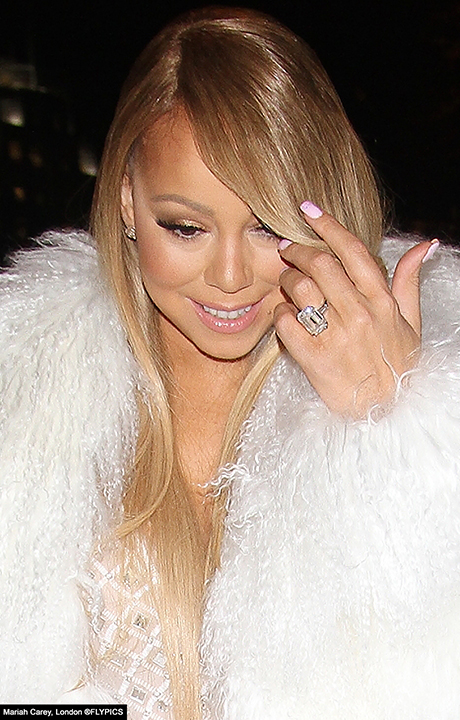 For a few fans who’d followed the star there was double delight as she posed for selfies and signed autographs before boarding the London Clipper vessel. 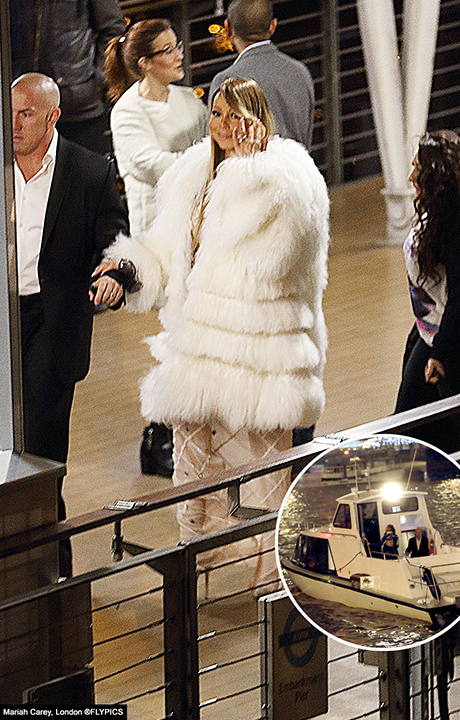