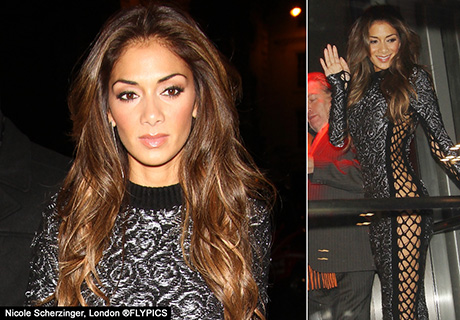 Wearing a skintight all in one cat suit, X Factor UK judge Nicole Scherzinger looked to be sending out a clear message to her ex flame Lewis Hamilton. 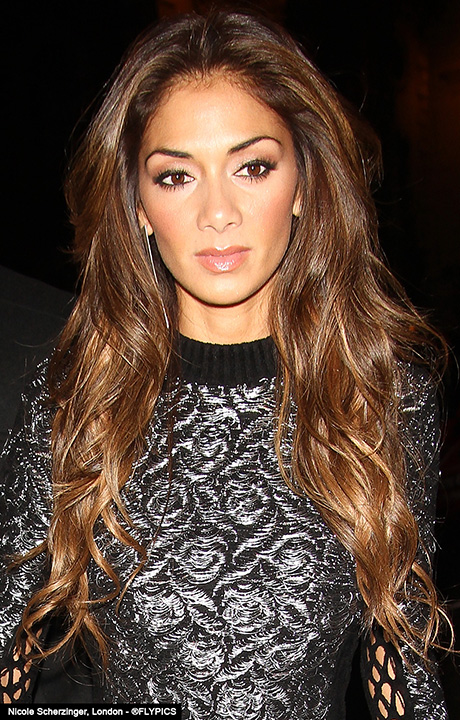 The former Pussy Cat Doll got pulses raised when she arrived at the Sushi Samba anniversary party in London. 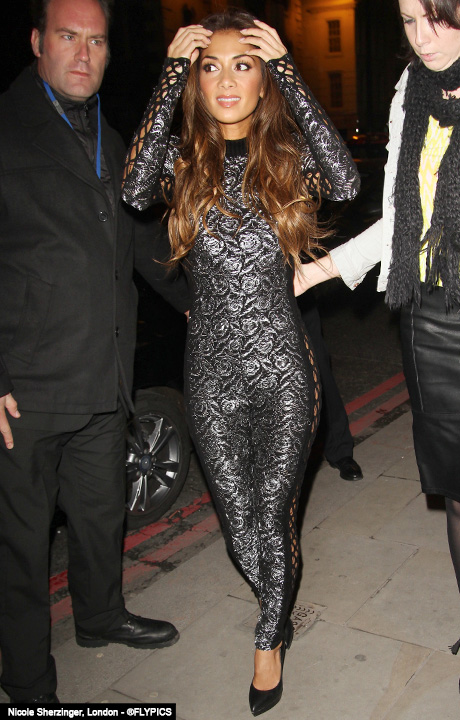 Was Nicole trying to say: “This is what you’re missing…” to her former flame Lewis Hamilton? 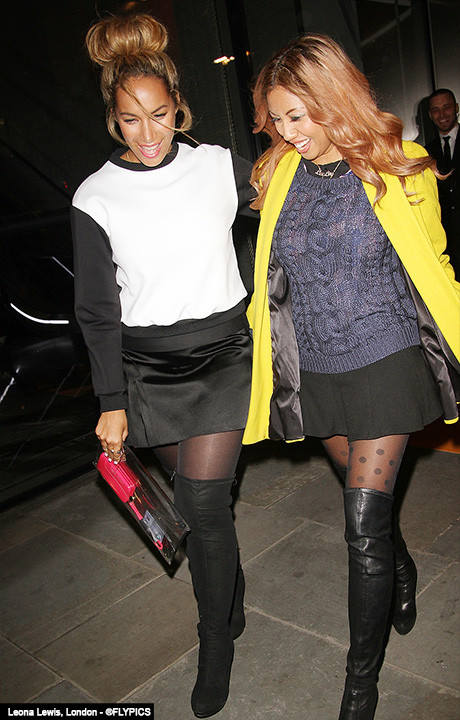 Our mole inside said: “Nicole was the life and soul of the party, greeting people, dancing and taking to the DJ Box. – She’s just so friendly…,” said our reporter. 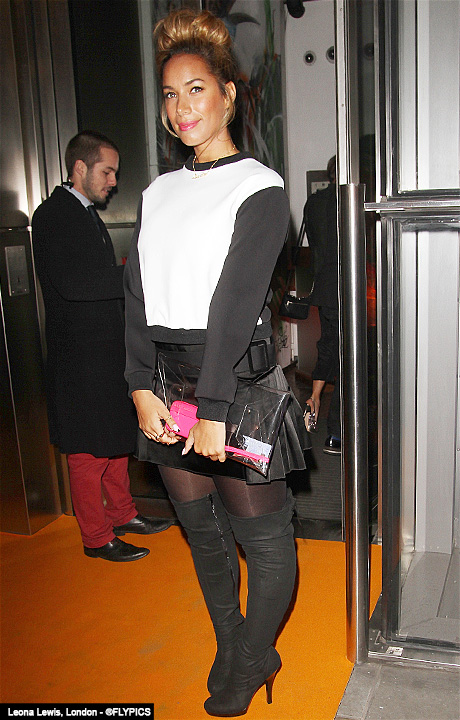 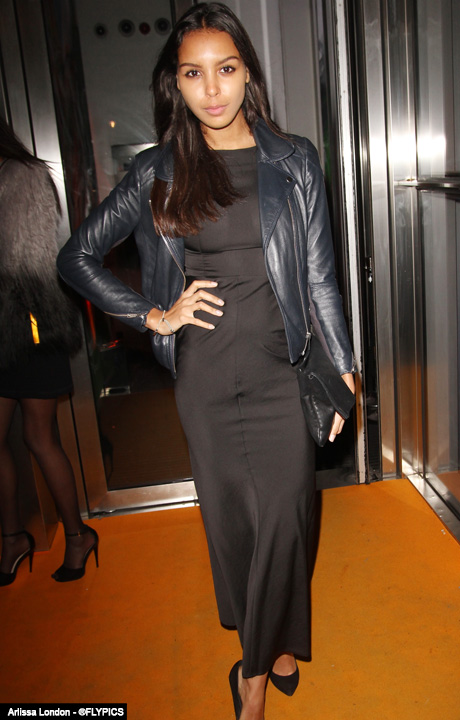 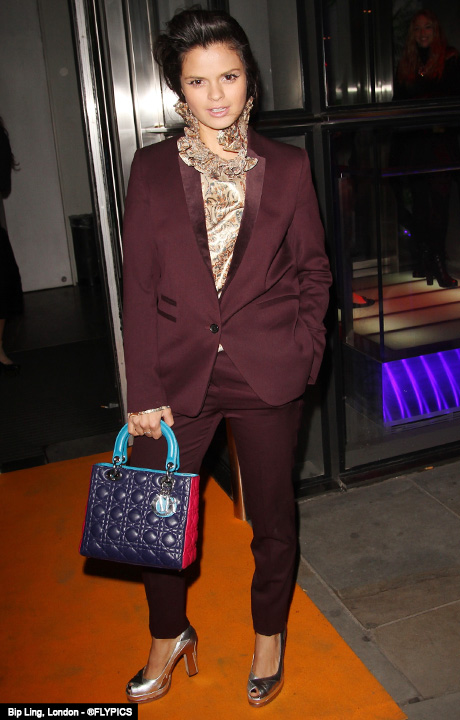 Nicole wasn’t the only person to flash some flesh, model Abbey Clancy shocked when she arrived at the Fashion For The Brave charity auction at the Dorchester Hotel. 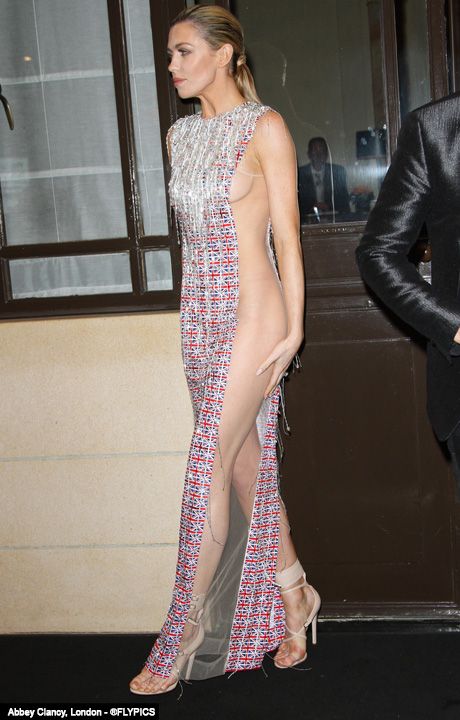 The model wore a dress by designer Julien MacDonald. 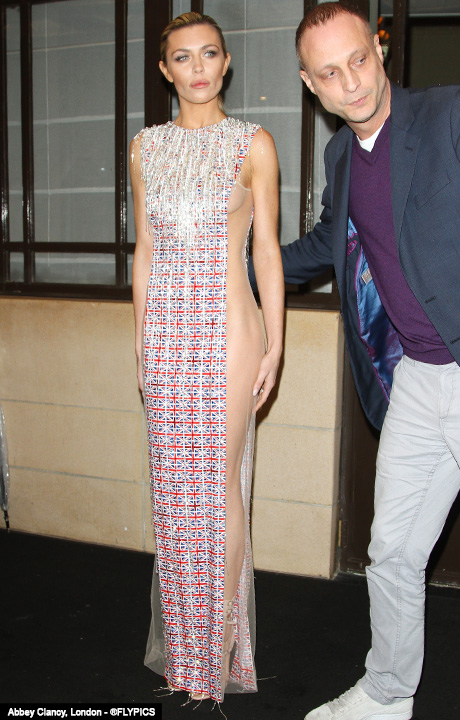 Jesy Nelson from girl-group Little Mix suffered an embarrassing moment when her stiletto heal became embedded in the metal grid as she was making her exit from the BBC studios. Despite the best efforts from her band-mates Jessy eventually had to take her shoe off and wrench the shoe from the grid. 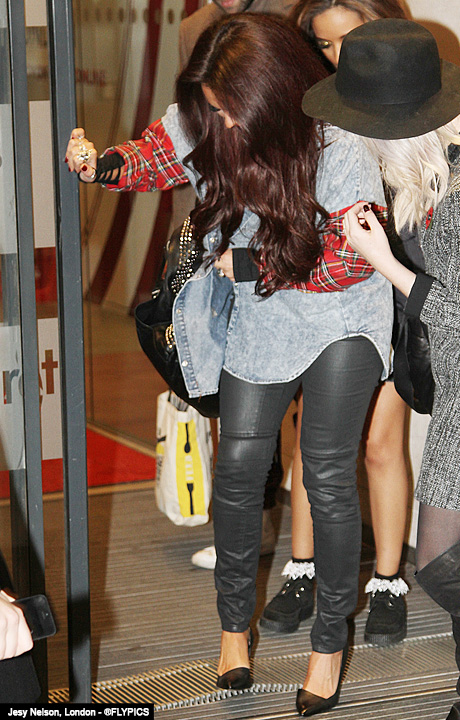 Recording artists Lil-Dainty sneaked some pictures from her recent shoot in London. The pretty Jamaican born recording artist has recently returned to the UK.