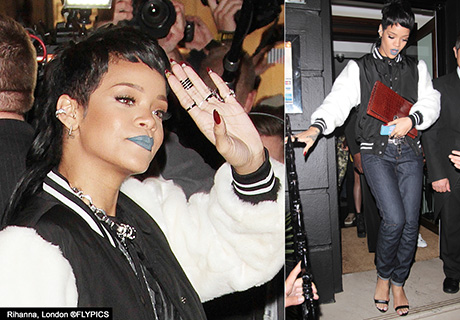 By popstar Rihanna’s standards it was just another day in the office as she rocked a casual look to her River Island AW13 Collection in London. 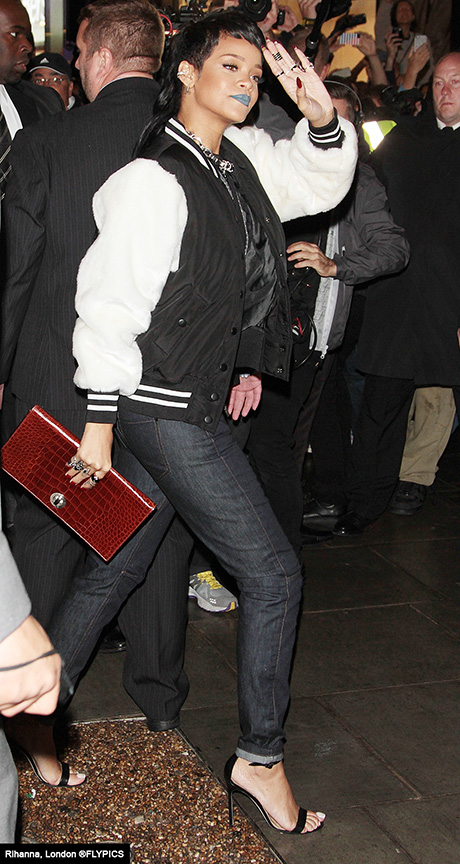 Wearing a baseball jacket and silver accessories Rihanna greeted fans at her hotel before arriving at River Island in Oxford Street. 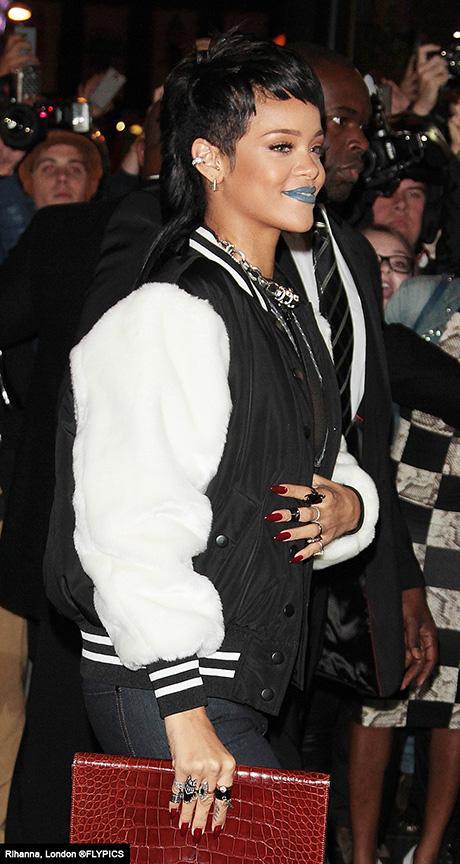 Here she was greeted by hundreds of fans and an army of security in fact we totaled up to fifty security staff. Rihanna who arrived via the front but departed by the underground car-park was joined by her model friend Carla Delevigne. 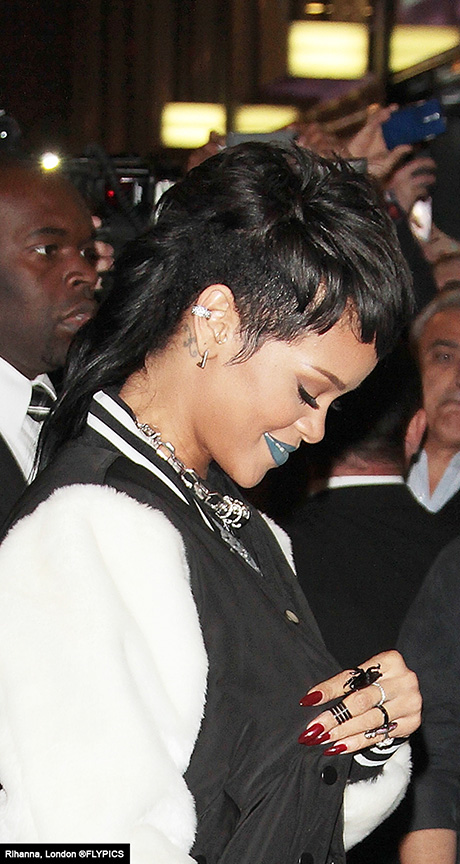 Rihanna’s new hair-style has had mixed reviews, “I’m not a fan of it I prefered the natural look,” said a fan outside her London hotel. Following the launch Rihanna went to dinner in Knightsbridge, London with model Cara Delevigne. 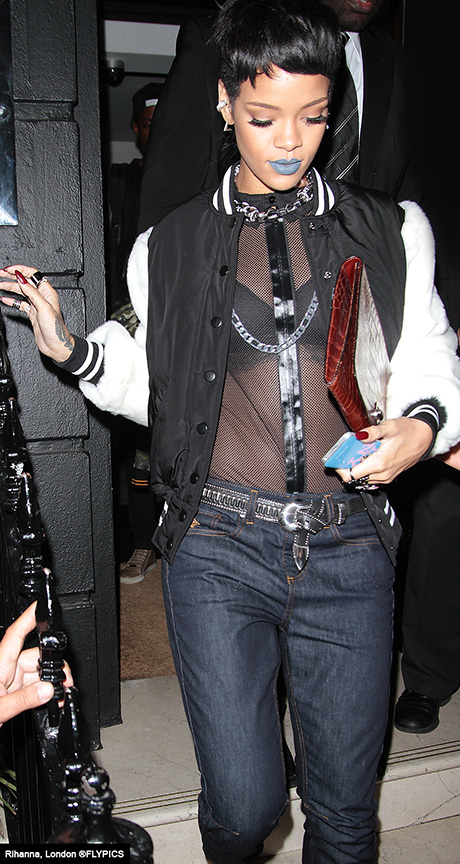 Meanwhile guests were kept waiting for over two hours at her after party in Park Lane. Karen Brysen (Shameless) who attended the party with Singer/songwriter Preeya Kalidas said: “We didn’t expect to see Rihanna and it was an added bonus when she arrived. 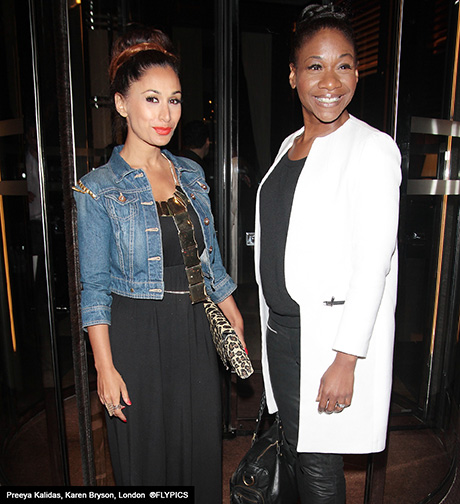 Theres no doubt that River Island are counting a lot on the collaboration with the Caribbean beauty.

According to info: The Campaign was shot by Lachlan Bailey, styled by Mel Ottenberg, and directed by Rihanna herself, stars some of the newest crop of fashion supermodels; Ji Hye Park, Nayasha Kusakina, Milou Van Grossen and Tati Cotliar. 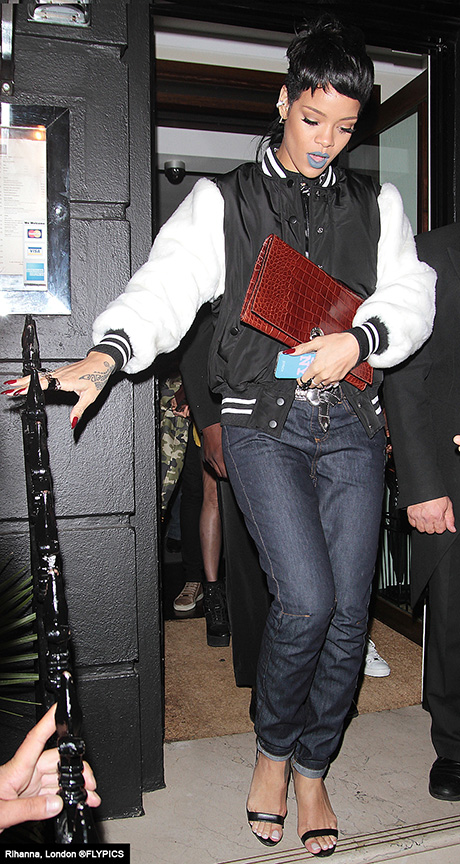 The 80-piece collection incorporates a mix of urban sports lux with sophisticated chic. With a strong emphasis on clean yet glamorous dressing and a nod to streamlined sportswear. 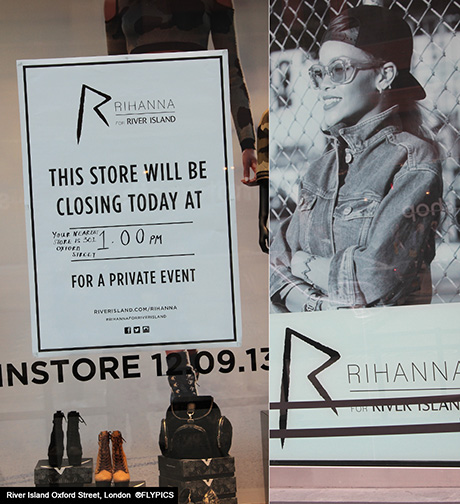