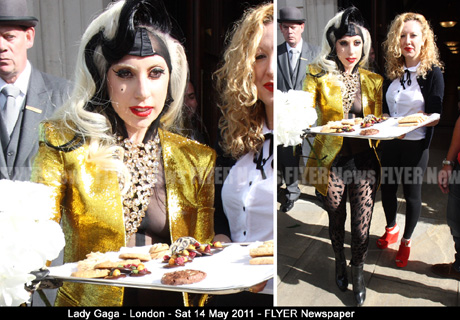 American solo artist lady Gaga, today took some time out from preparing for her trip to Carlisle where she is performing on Sunday to personally handout some cookies to her die-hard British fans here  in London. 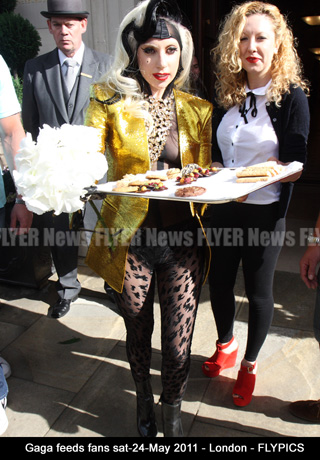 Standing in front of the hotel just off Park Lane, Gaga plucked flowers from her bouquet which were then tossed in the general direction of her fans. 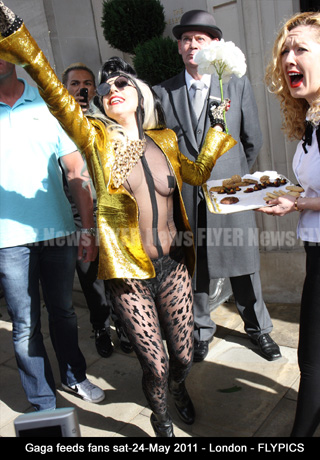 “There were rumours that she would be coming out but we didn’t expect this.” said Mary who had been queuing for  six hours.

Lady Gaga had the day before offered hot-chocolate and biscuits which were delivered by the hotel’s chef. This however was a first for London and her fans really appreciated the generous offerings. Lady G’ was given a round of applause. 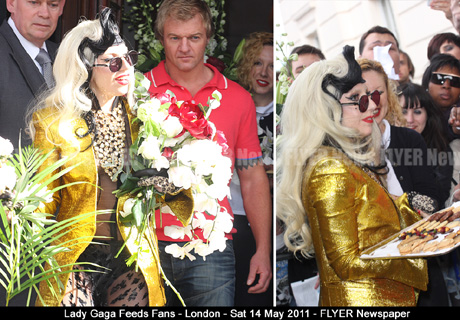 The first person who lady Gaga thanked was FLYER Newspaper’s photographer. The cheeky American inserted a cookie in his mouth as he was holding his camera. The American repeated this procedure to the two other photographers that were present. 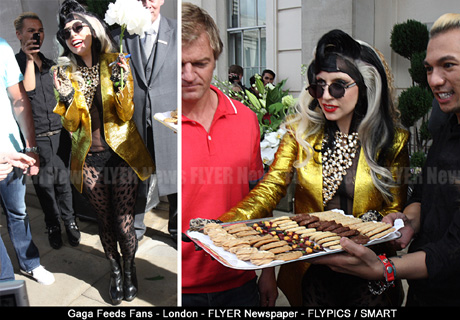 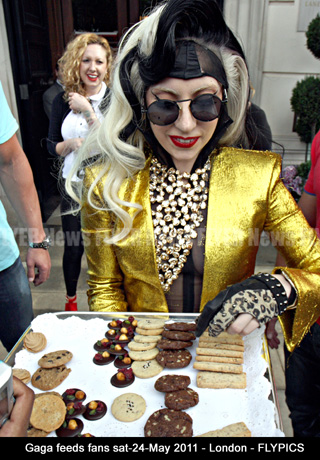 Gaga then went and thanked her fans who were flanked both sides of the barriers. 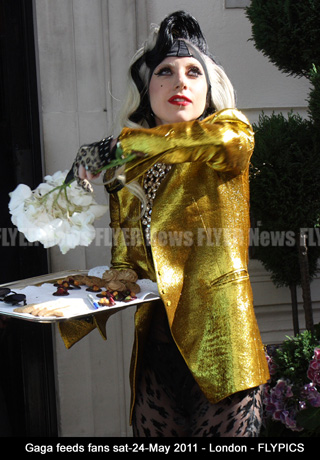 Flyer celebrity pics of the day 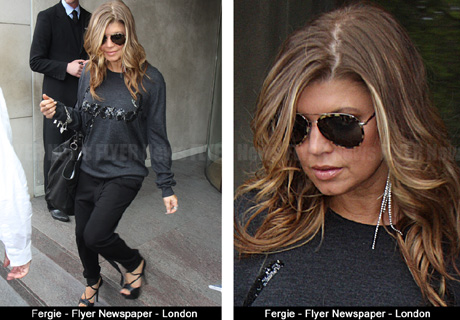 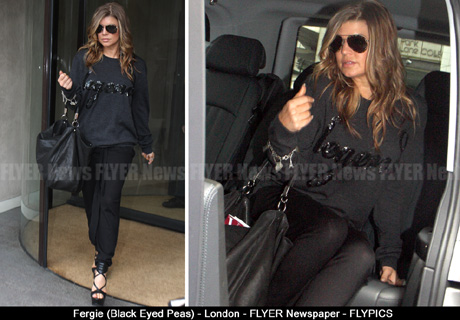 Other band mates Taboo and Apl, signed for fans whilst Wil-i-am took the back door entrance. 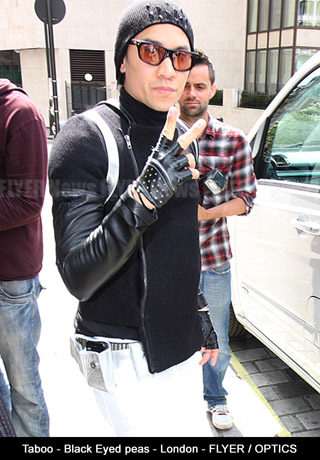 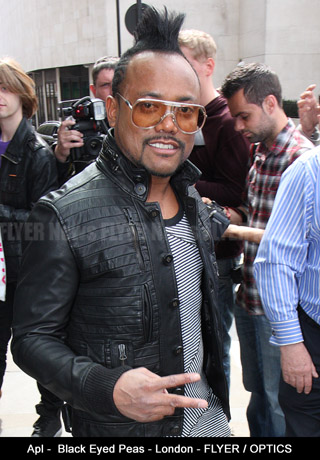 Apl poses for pictures outside of the Hotel. 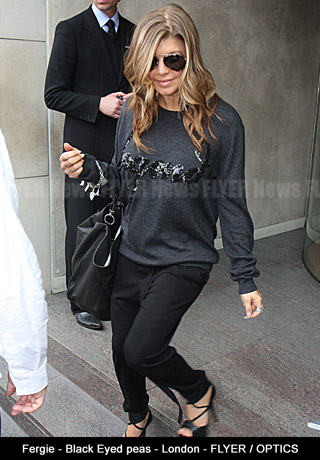