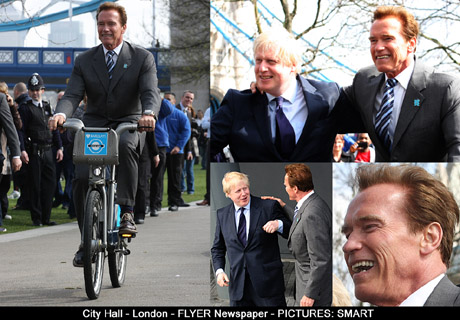 Pedal power ruled as Arnold Schwarzenegger took to the mean streets of Hackney. 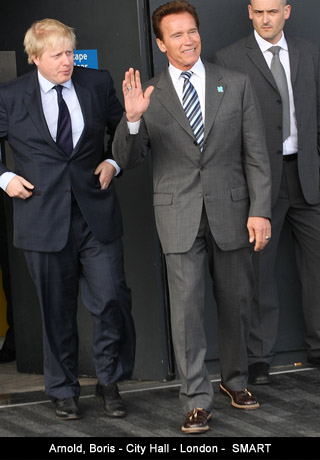 Arnold who starred in films such as the Terminator; ‘a role not too dissimilar to his previous job.’ according to one human rights activists, arrived in London to celebrate former Russian President Mikhail Gorbachev’s 80th Birthday. 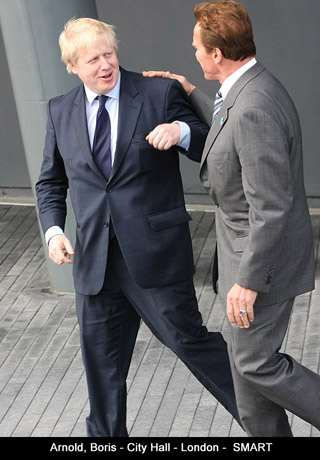 The former Governor of California who left office in January 2011 presided over one of the States worst terms in office with only 23% approval rating. His legacy included a huge financial deficit and compromising civil rights clemency record.

African American Kevin Cooper was convicted for murder in which he has served over 25 years on ‘Death Row’. Eyewitness statements said the crime was perpetrated by three Caucasian men.  Appeals for clemency during Arnold’s term in office were reportedly denied. 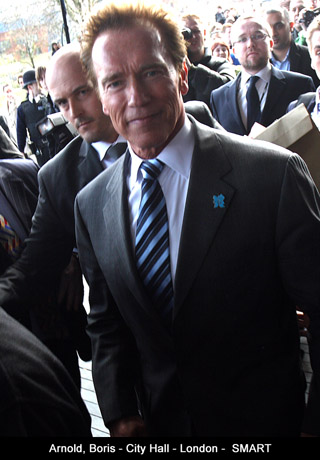 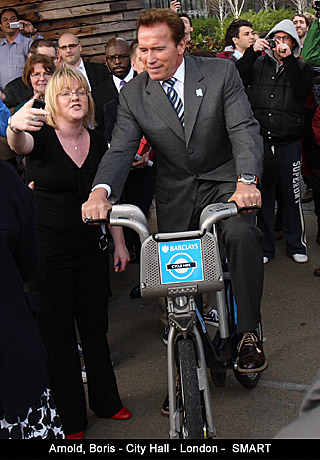 Boris Johnson will be hoping that his term in office is not terminated when he stands for re-election in May 2012. 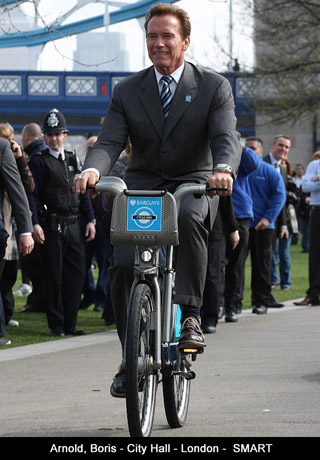