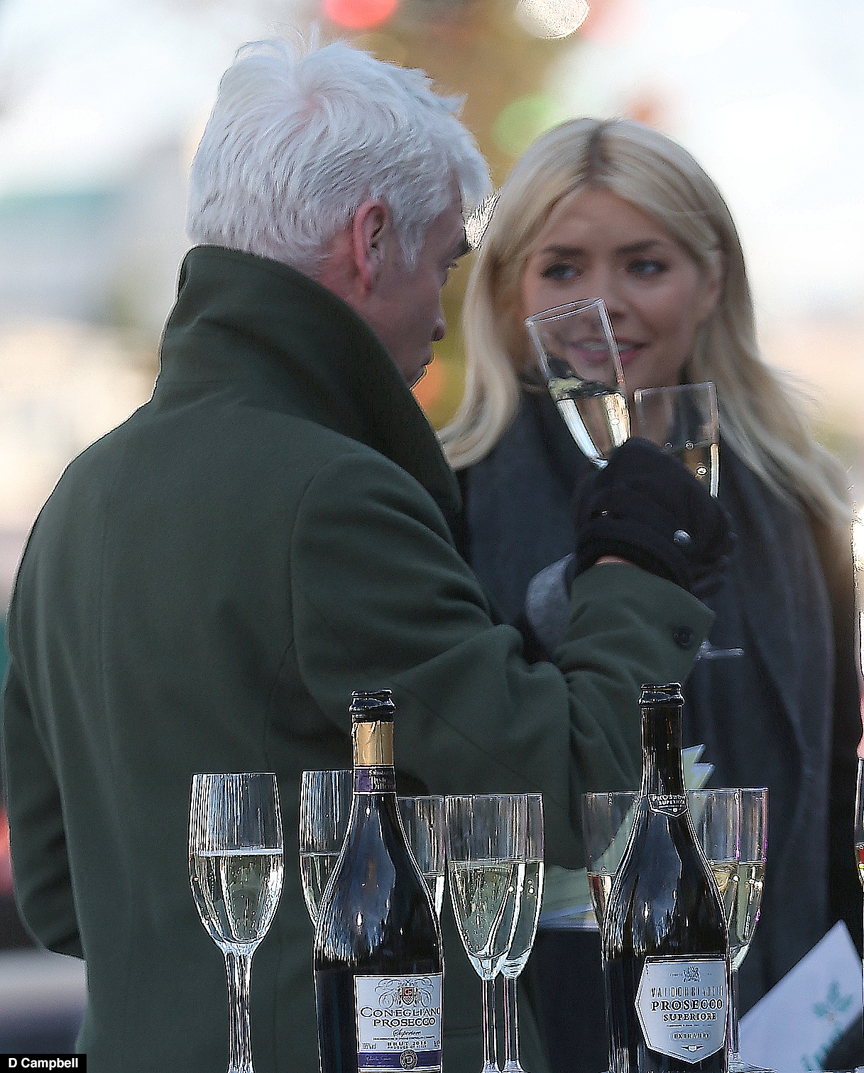 Christmas cheer has come early for ITVs Holly Willoughby and Philip Schofield. Presenters for This Morning TV show braved the cold Atlantic front to present their final Christmas show on the South Bank of the river Thames. 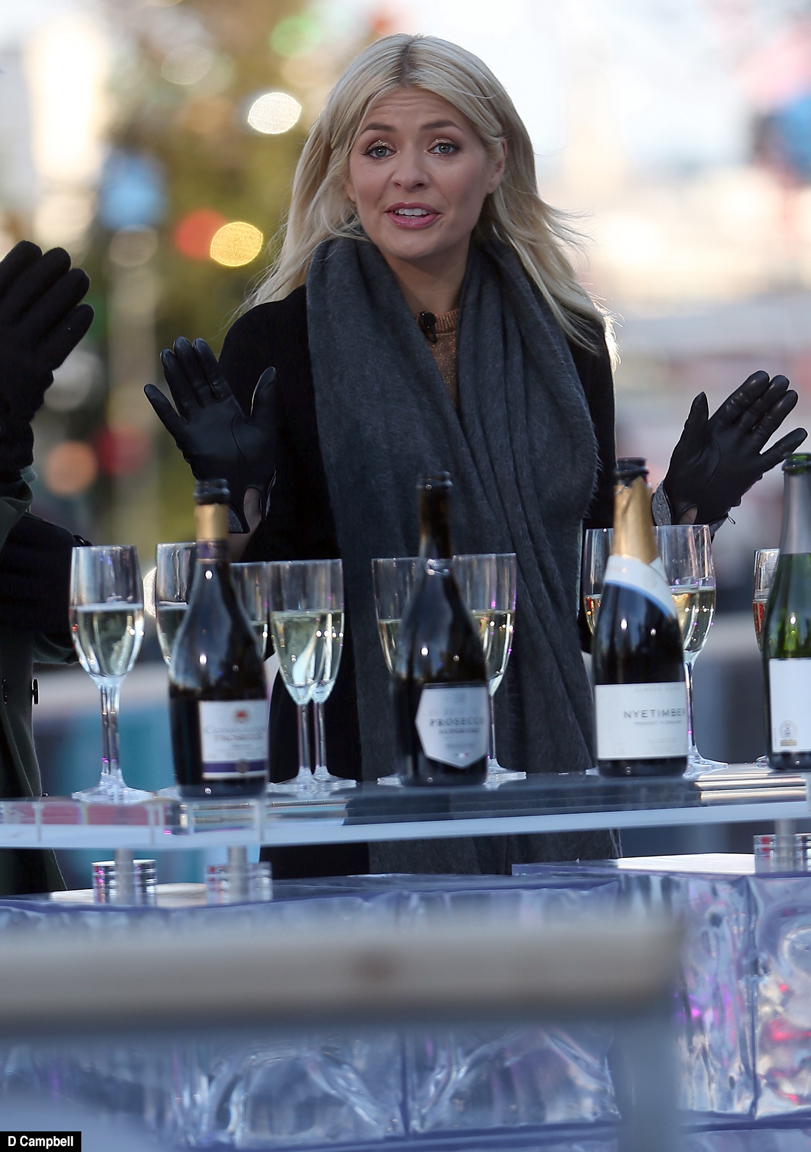 Popular presenters Philip and Holly sipped from a variety of Prosecco during one of the show’s featured segments. This was filmed on a temporary Ice Rink to add to the ambience. 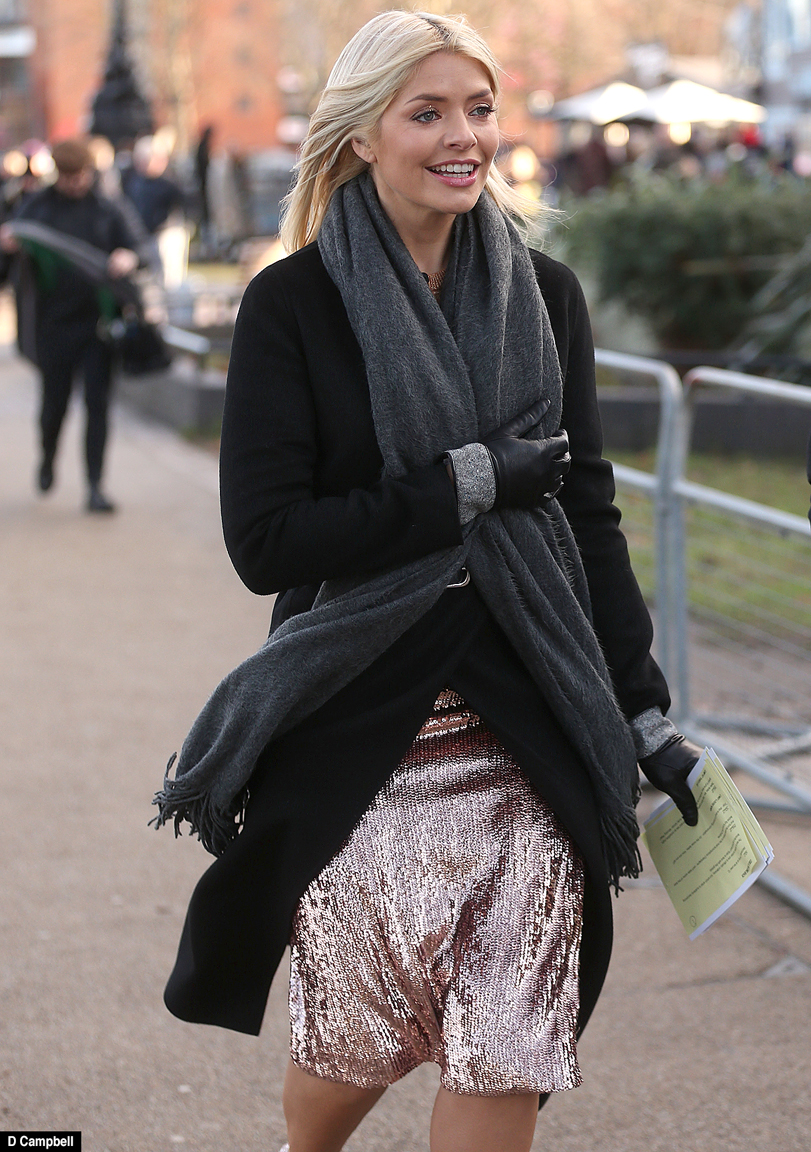 Looking fashionably  elegant Holly Willoughby wore a sequined bronze metallic skirt on set. The show was filmed live and attracted a huge crowd on the banks of the River Thames. 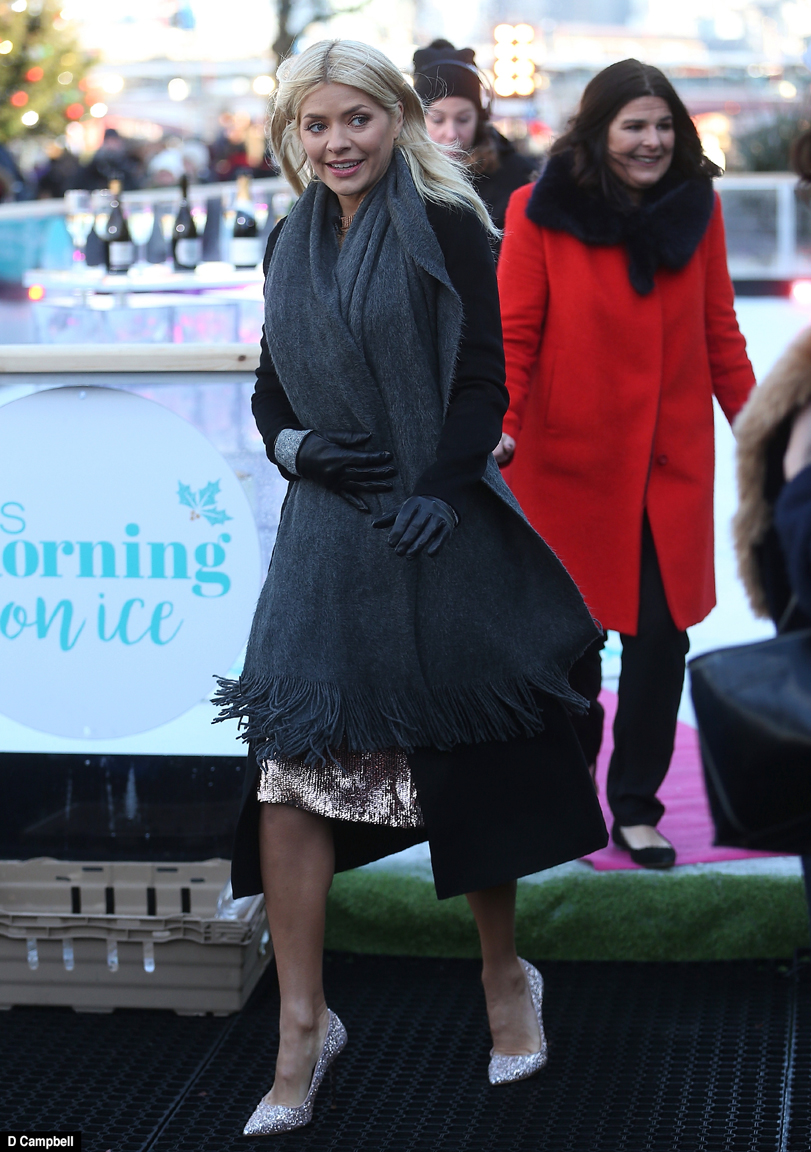 Braving the elements, Britain’s Got Talent presenter Amanda Holden (below) joined in the festivities and looked stylish wearing a blue overcoat and black suede boots. 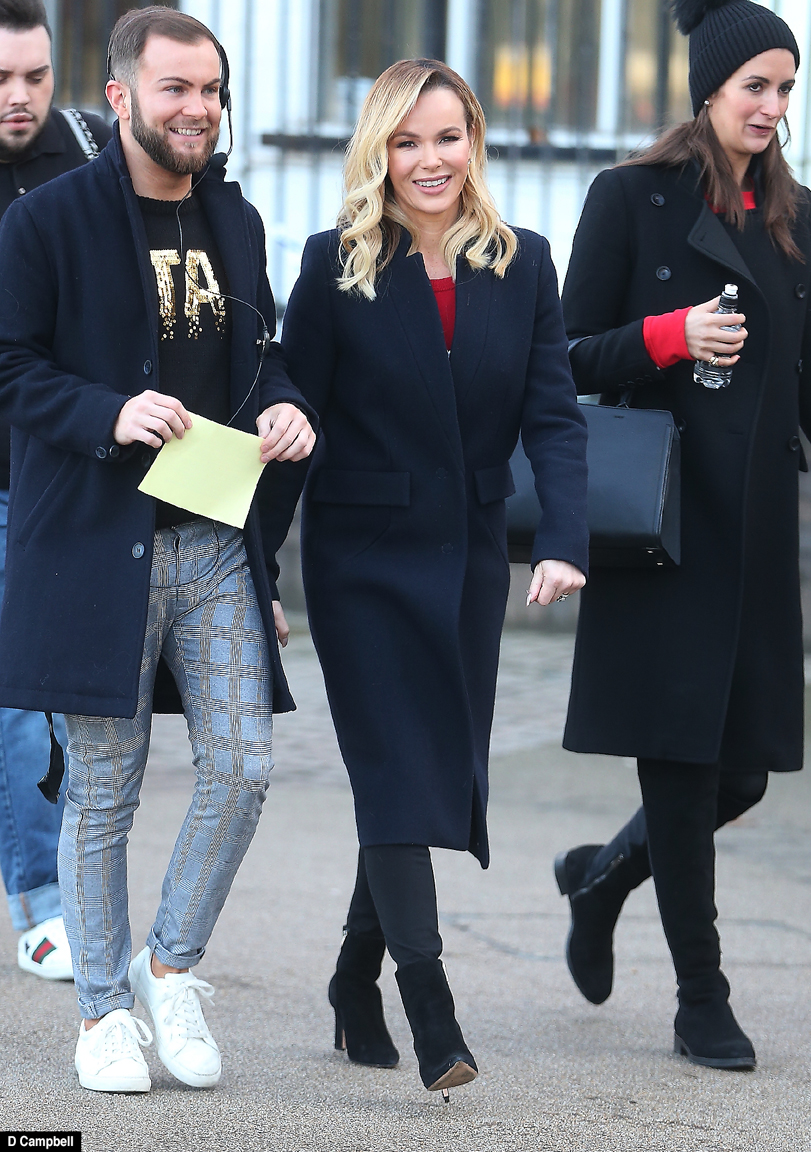 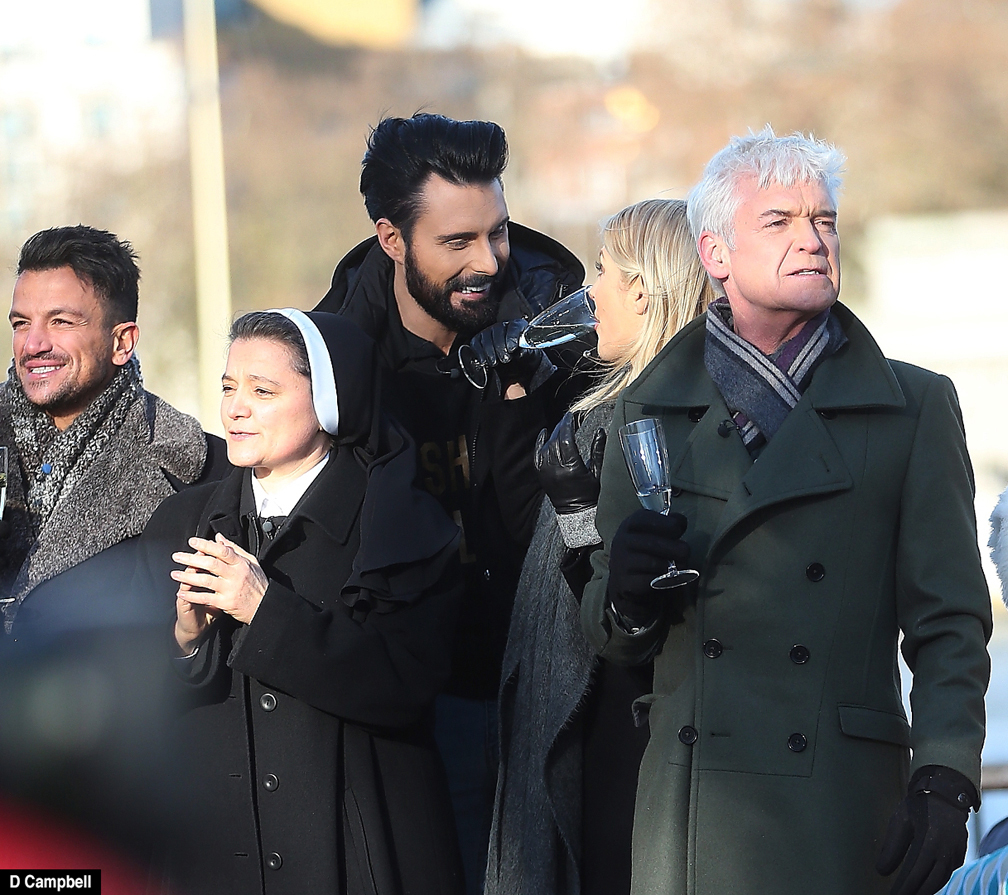