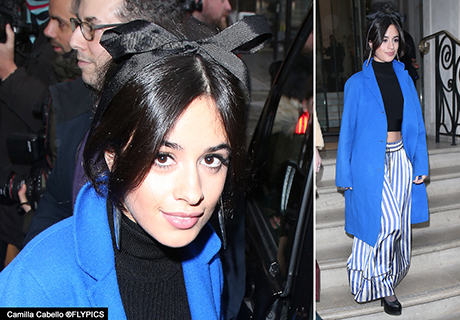 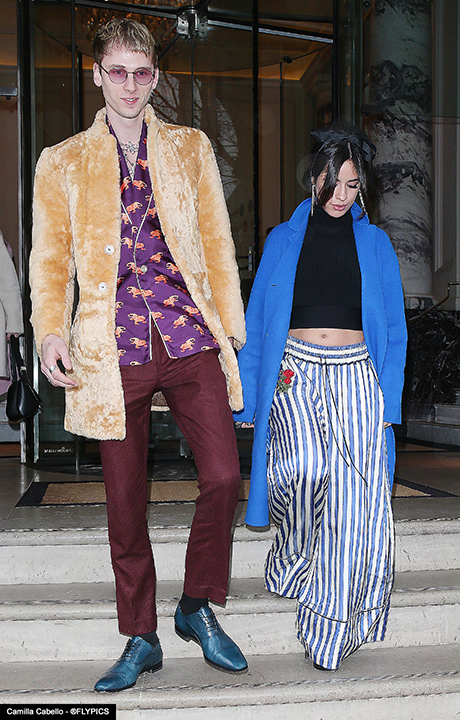 Wearing a pair of striped flared trousers and electric blue overcoat the American starlet greeted her legions of Fifth Harmony fans. Many of which had camped through zero temperatures the night before. 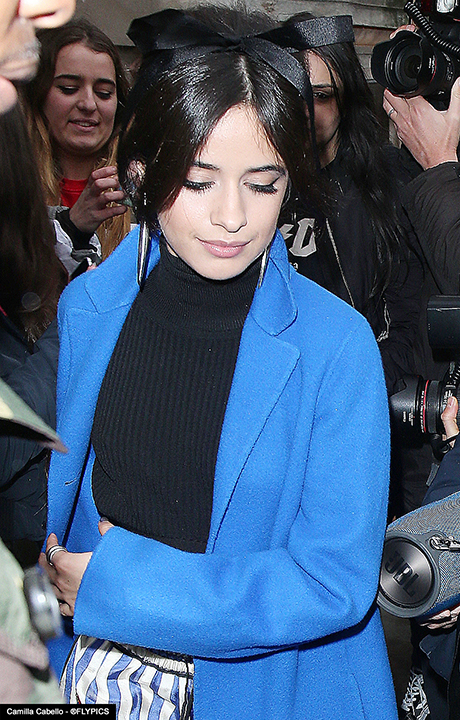 Whether Cabello will make it, as a solo artist is too early to judge at this stage. Without her former band mates Cabello made a muted exit from her London hotel pictured with recording artist Machine Gun Kelly. Some fans however made the case that her subdued exit was simply down to jet lag. 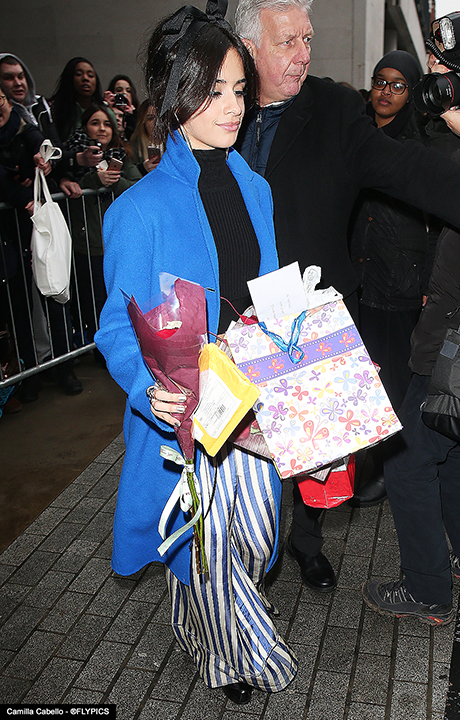 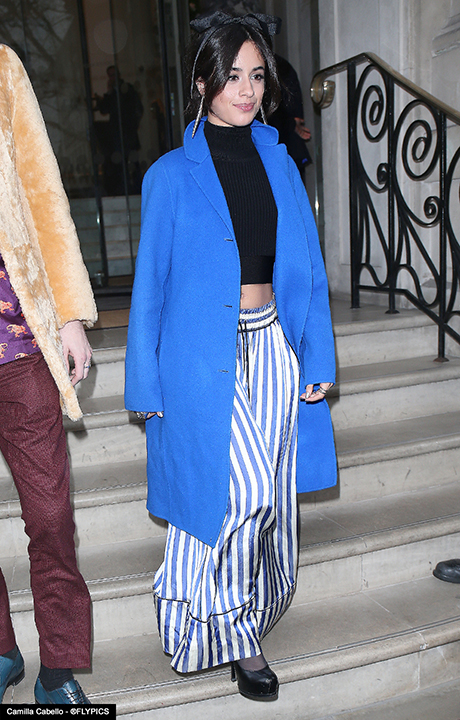 Commentators noted: “She appeared to be overwhelmed to see so many devoted fans estimated at 165 who’d gathered at the BBC studios.”

Doing the rounds Camilla started the day at Global Radio before stopping for a quick breakfast at a London Hotel. It was back to business at 10.45am as she rocked up for her Live Lounge performance with rapper Machine Gun Kelly. The duo then headed to NOBU restaurant in Mayfair for lunch before their interview at Kiss FM in London.