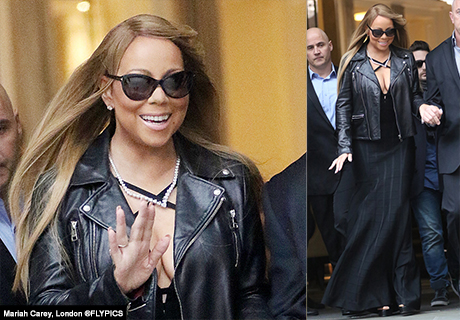 Maria Carey ensured all eyes were on her when she made her exit from her hotel in London wearing a revealing black cross-strap dress. 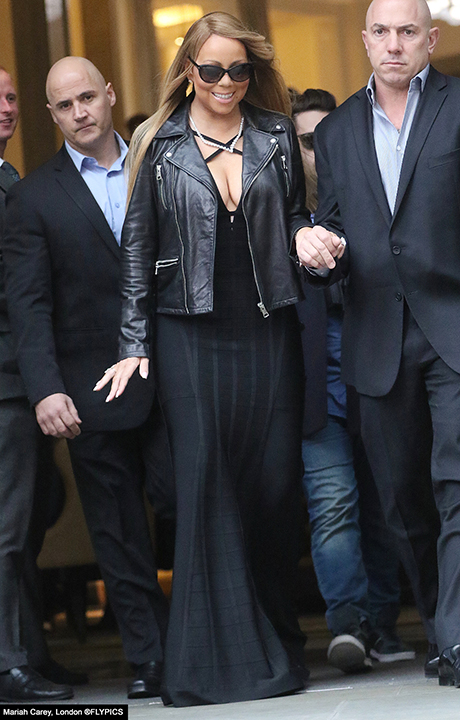 Fans had been queuing around the clock to catch a glimpse of the US super-star and they were not disappointed. 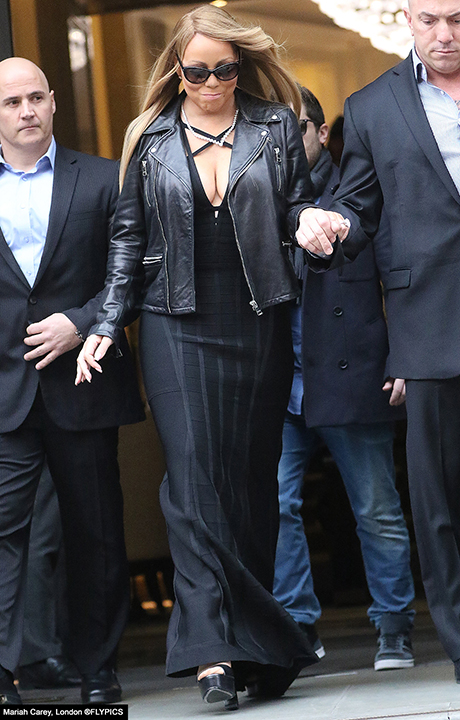 Mid way through her Sweet Sweet Fantasy tour of the UK, her first European tour in 13 years, Mariah looked very much in control as she chatted to fans. 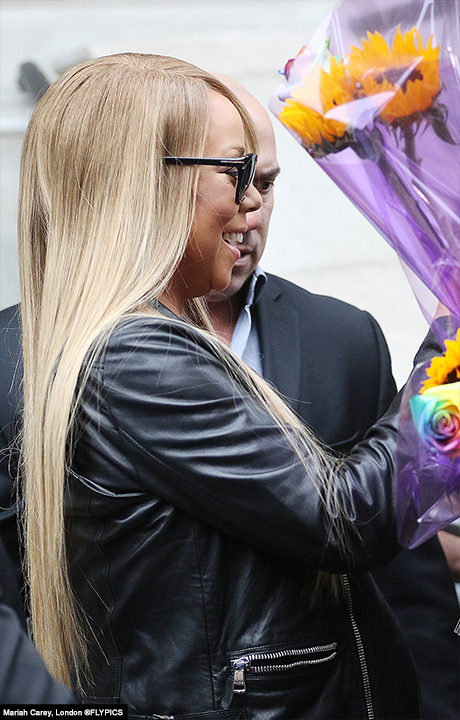 Mariah was greeted with gifts and flowers as she posed for selfies and signed autographs. 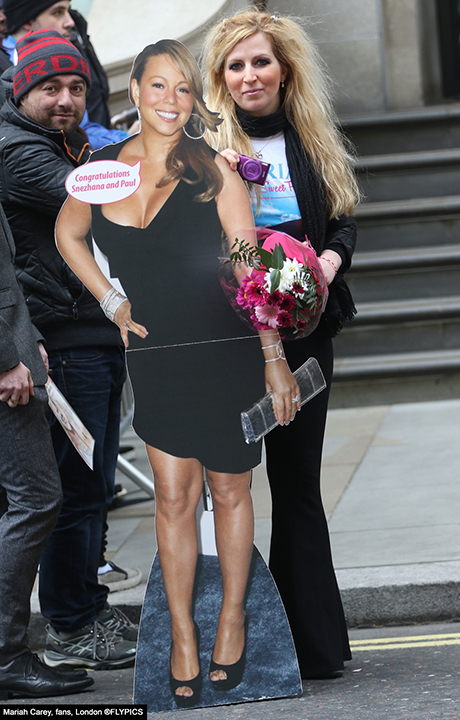 Taking to twitter Maria wrote: Can’t wait to see my Lambs! This week ‪#sweetsweetfantasytour! for some fans however the cardboard cutout appeared to be the closest they got however many appeared to be just happy to catch sight of the star.