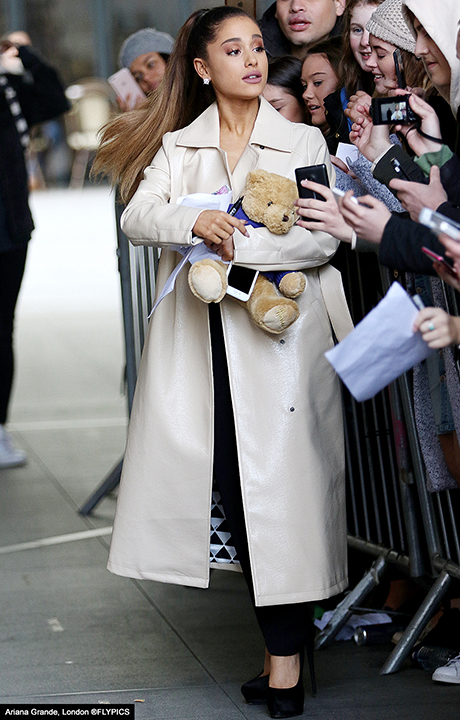 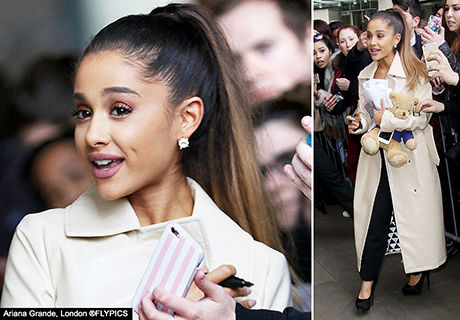 Ariana Grande has kept a low profile since arriving in the UK at the weekend. Paparazzi are said to have followed the star for three day’s without any pictures. 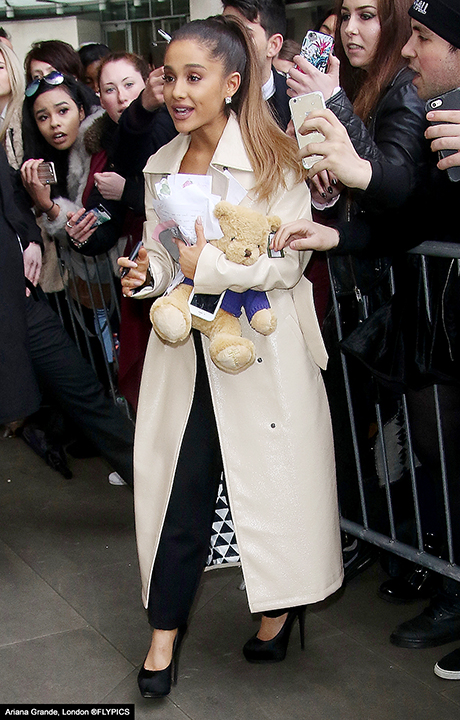 With over 37.7m followers on Twitter, Ariana surprising reluctance to be seen did not go down well with the press or the public.

On Wednesday the profiled US recording artist / actress made her first public press appearance in three days. 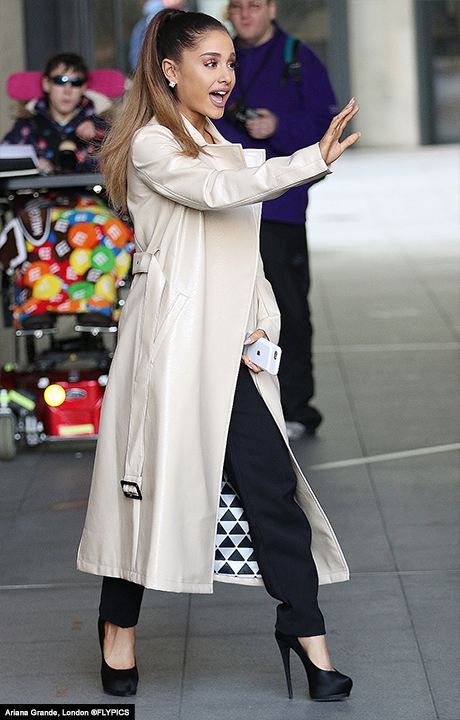 The star was reportedly in the UK to promote her new single ‘Dangerous Women’. The star also reportedly fronted a fashion campaign although information regarding this appears limited. 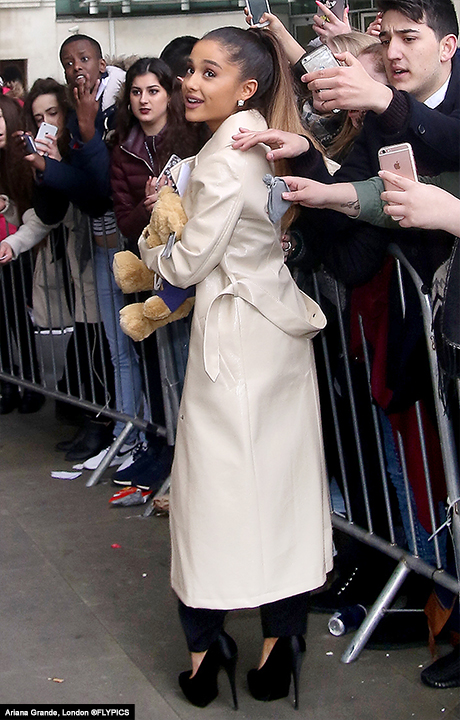 Grande who played the role of Cat Valentine on the Nickelodeon television series Victorious in 2009 looked fabulous arriving at the BBC Broadcasting house wearing a trendy cream trench coat. Beneath which Ariana wore a black crop-top and trousers. 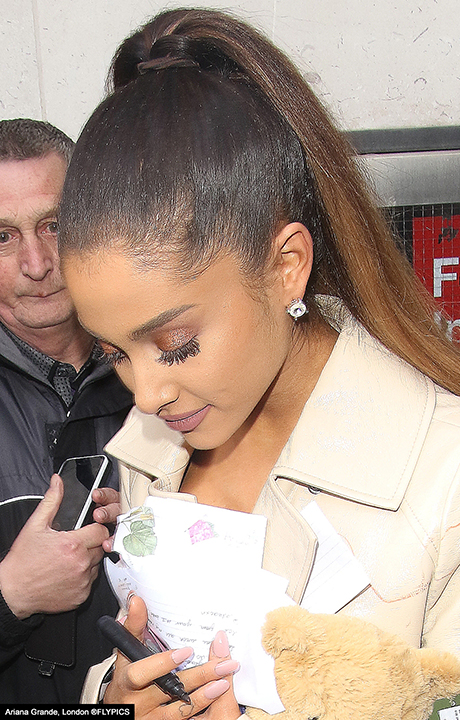 Over 200 fans descended on the BBC studios to catch a glimpse of the star, some of which had arrived at 4.am to get a prime position. They were rewarded when Ariana worked the line posing for selfies.