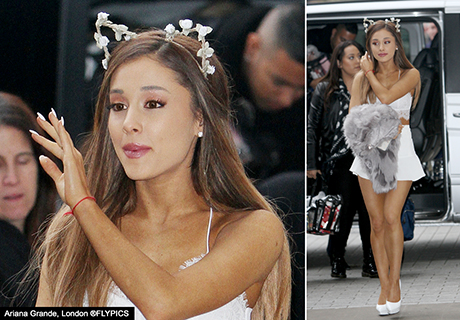 Even though temperatures were hovering a little over zero, award-winning American recording artist Ariana Grande left little to the imagination when she arrived at the BBC broadcasting studios in London. 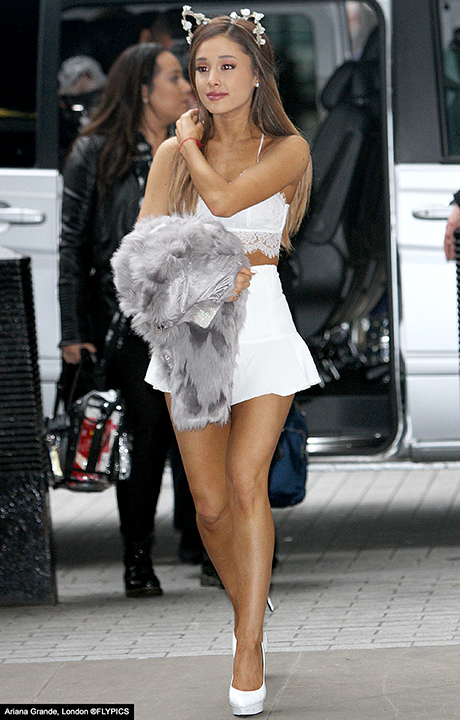 Wearing a white pleated miniskirt, lacy crop-top whilst holding a faux fur jacket Ariana greeted her fans many of them appeared quite shocked to see the superstar. 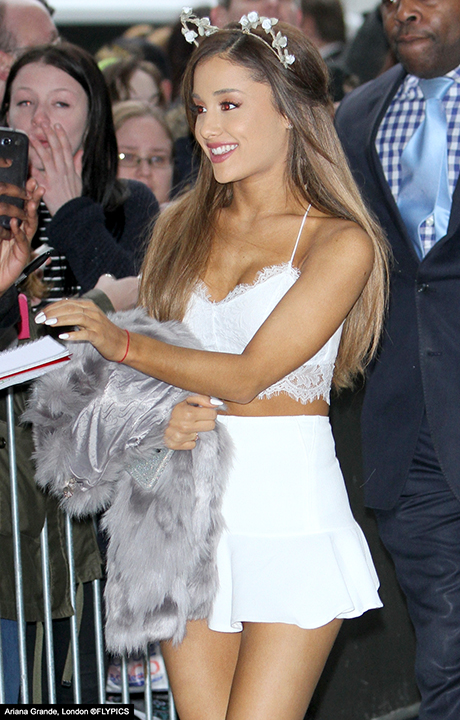 “We weren’t expecting to see Ariana we are actually waiting to see Olly Murs,” said a fan to Flyer Newspapers reporter. 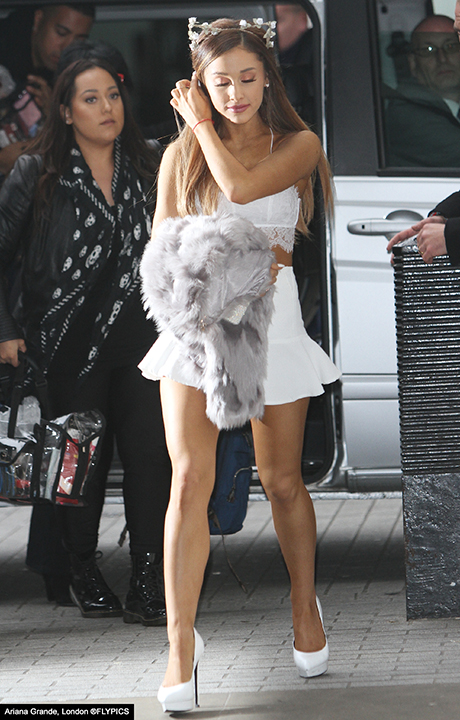 Ariana who later performed at the Victoria Secrets Fashion show was not the only star we snapped wearing white this week. 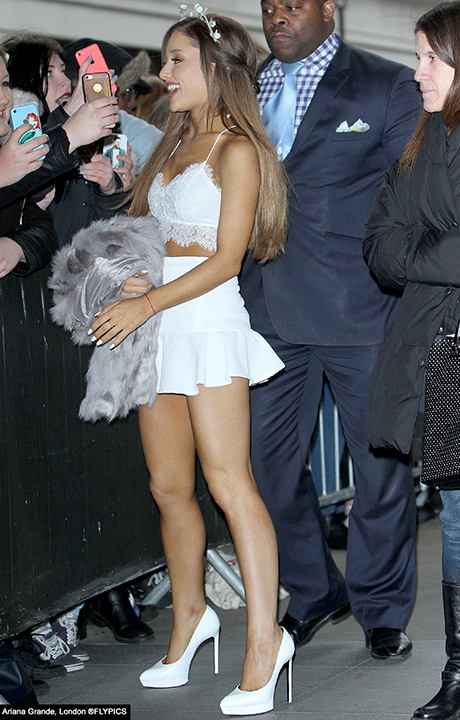 Celebs in who rocked white in London this week

Amongst the many who included Millie Mackintosh and Ex on Beach star Farah Sattaur, white could well be the in trend for London in December 2014. 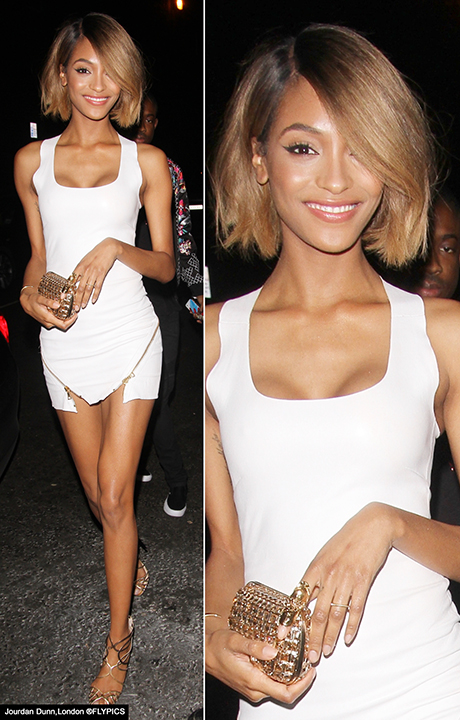 Supermodel Jourdan Dunn (above) hosted a party at the uptown nightclub Bonbonniere in Mayfair. Jourdan looked stunning in white. 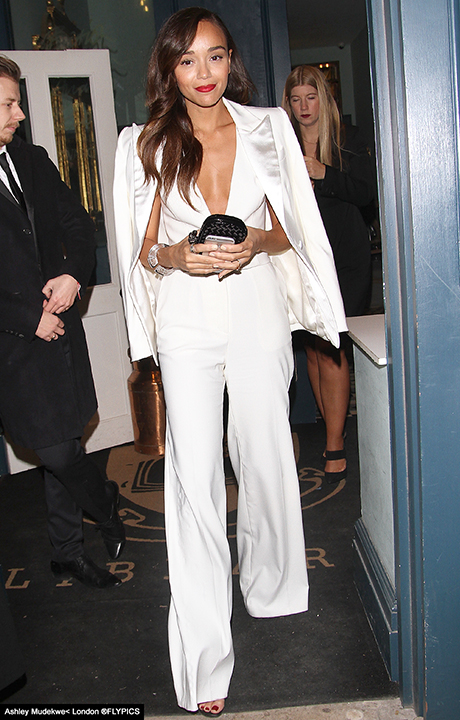 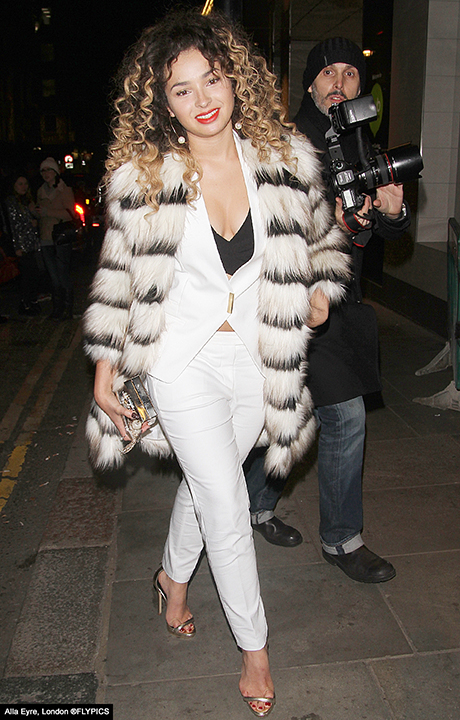