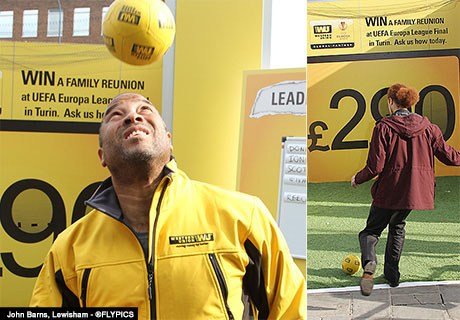 London was basking in near tropical conditions as Western Union Money Transfer launched their series of Penalty Shoot football promotions in south London. 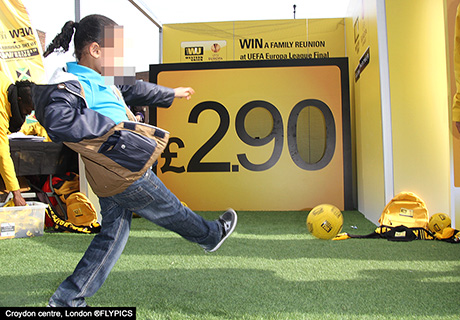 The festivities, which coincide with Western Unions partnership with the UEFA Europa League, saw hundreds of men women and children participate in the penalty point shoot-out. 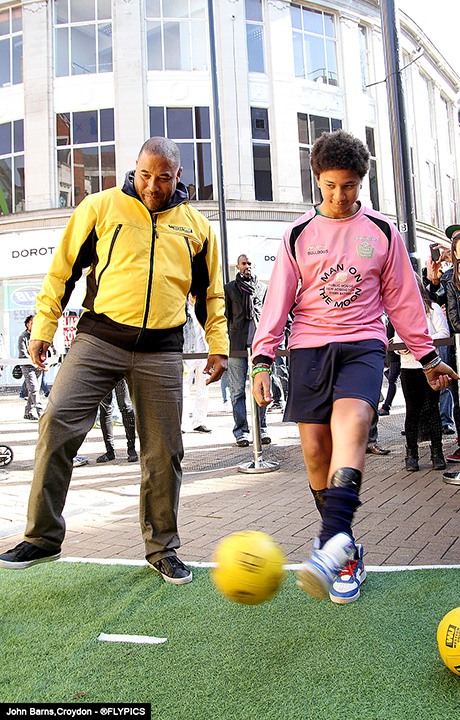 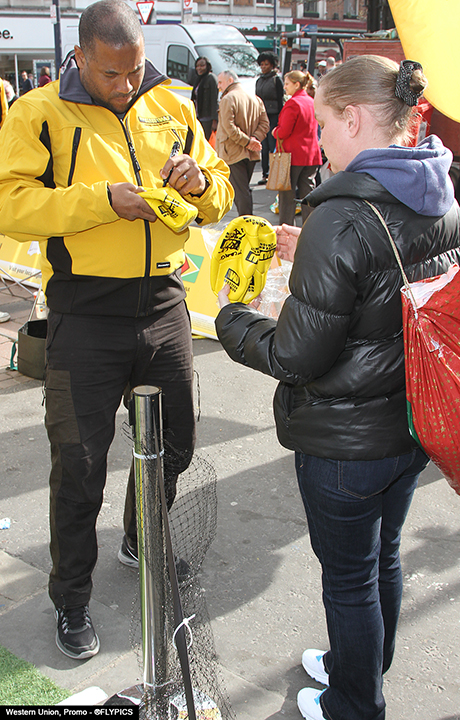 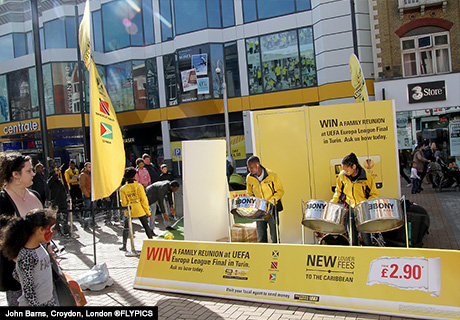 There were prizes galore for everyone. The winners of the competition were presented with sporting merchandise, which included bags, scarfs, flasks, tracksuits and more. 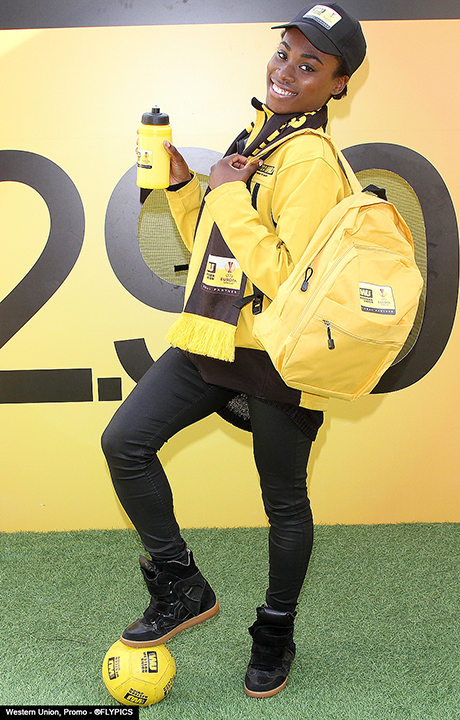 Speaking to Flyer Newspaper Barnes said: “There is a misconception that footballers lives are about going out and having fun. In reality we are very much part of the community. Football is a sport that connects people of all nationalities regardless of their backgrounds, meeting so many people has been the highlight of my day.” 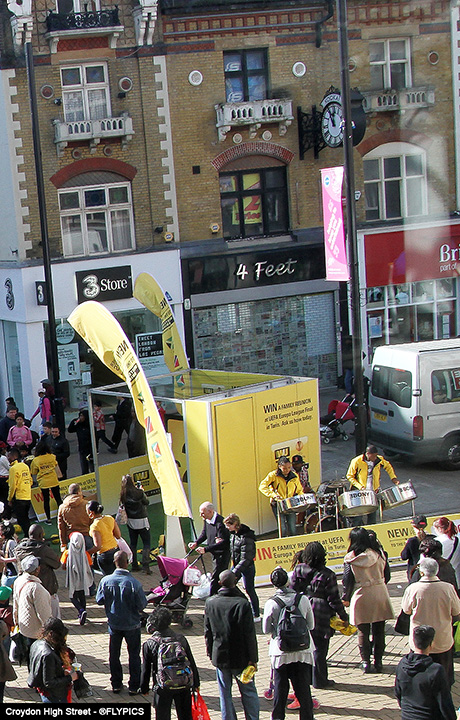 Connor Robinson, 13 from Croydon who attended Western Union’s Penalty Shoot stand said: “Even though I don’t support Liverpool, John Barnes is one of my hero’s. I can’t believe I’ve met him here in Croydon today.” 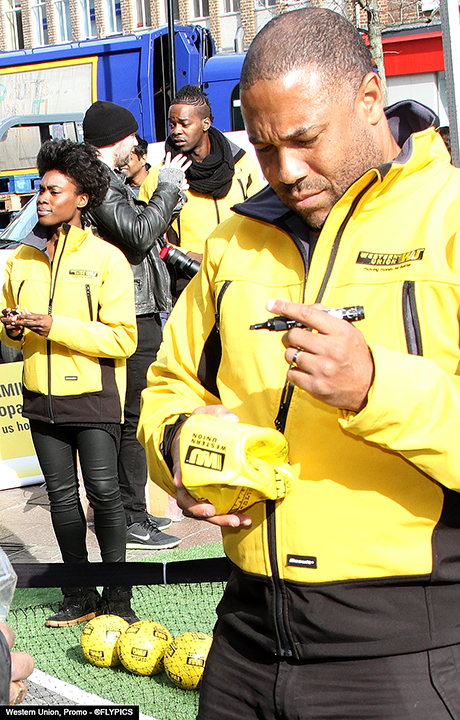 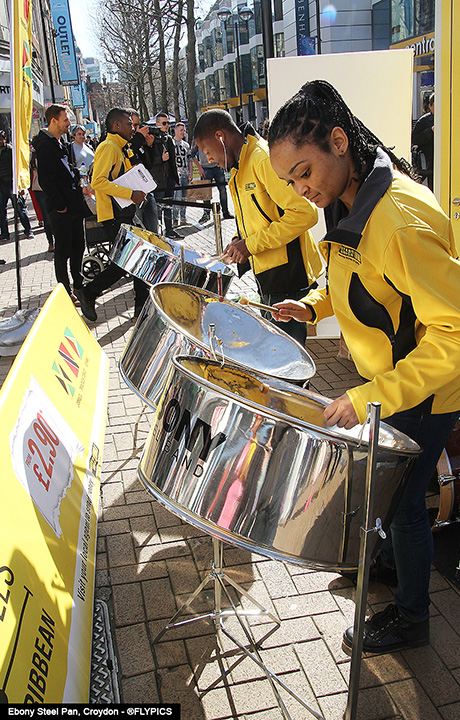