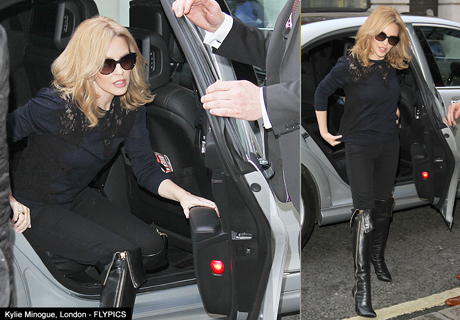 She has enjoyed a successful career as an actress and recording artist and now Kylie can also count herself as a judge after taking up the hot seat at The Voice TV show in London. 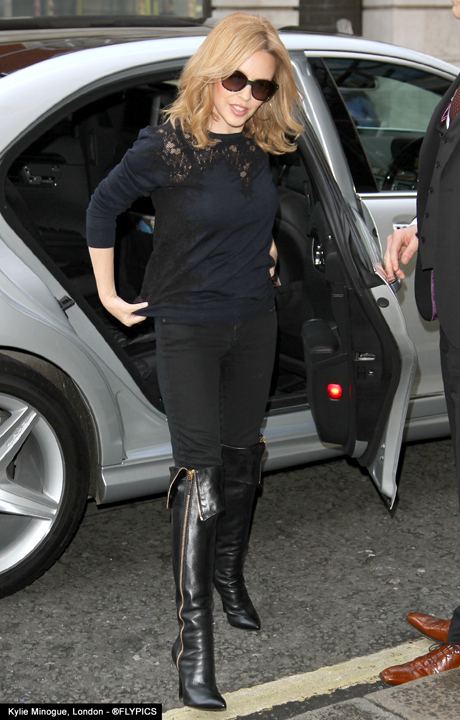 Signed to Jay Z’s Roc-Nation the Australian singer added a touch of glamour to an otherwise overcast day in central London.

Wearing knee high black  boots, skinny blue jeans and blue pullover with lace detailing, Kylie looked picture perfect and was dressed to impress as she arrived at the BBC studios in London. 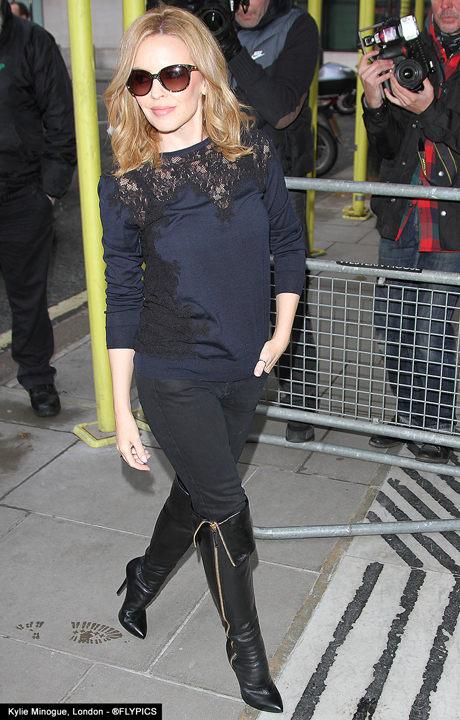 The Australian pop-star has adapted well to The Voice TV show and has forged a close friendship with Will i am who is also a judge on the hit TV music show. 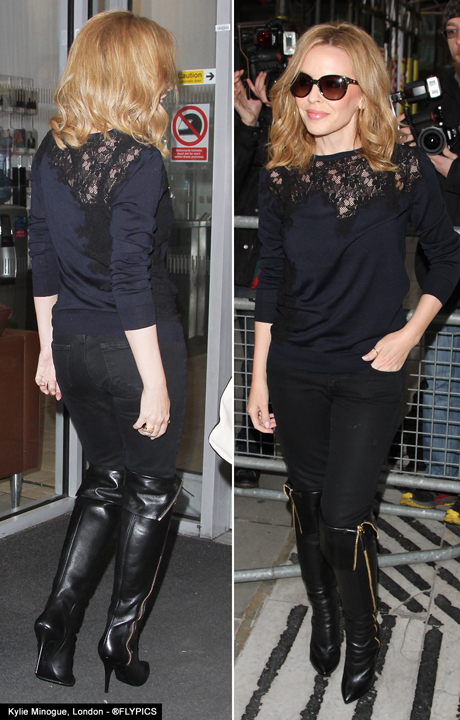 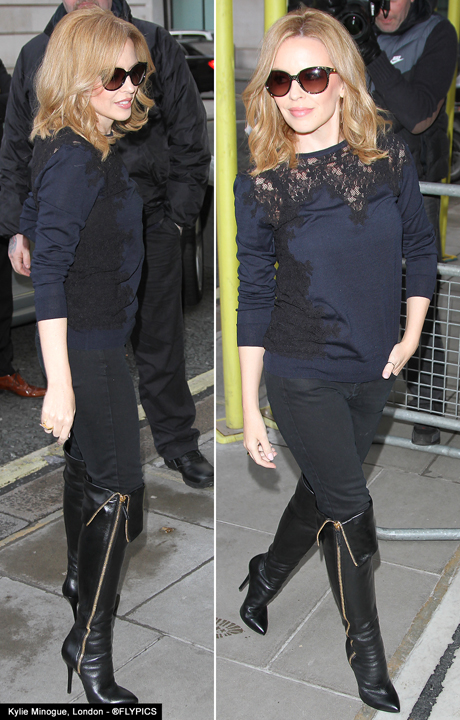