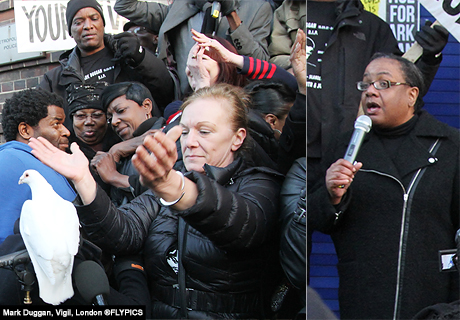 Hundreds of people held a vigil outside of Tottenham Police station in memory of Mark Duggan who was shot dead by police in 2011. 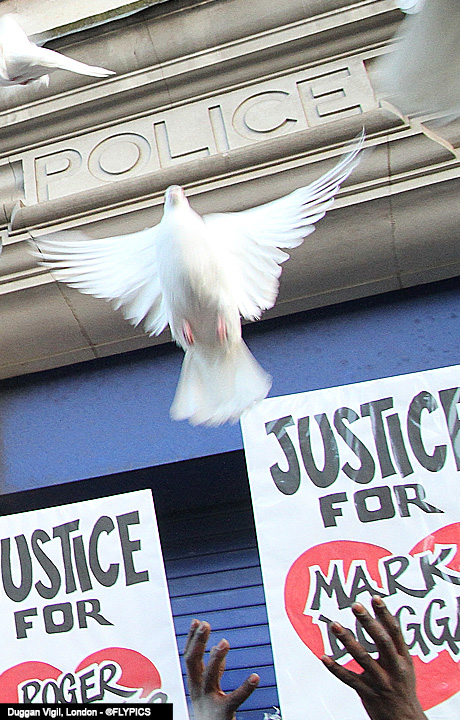 An inquest jury which concluded recently at the High Court, found that the police lawfully killed Mark Duggan. This decision has been widely condemned by both the public and some politicians. 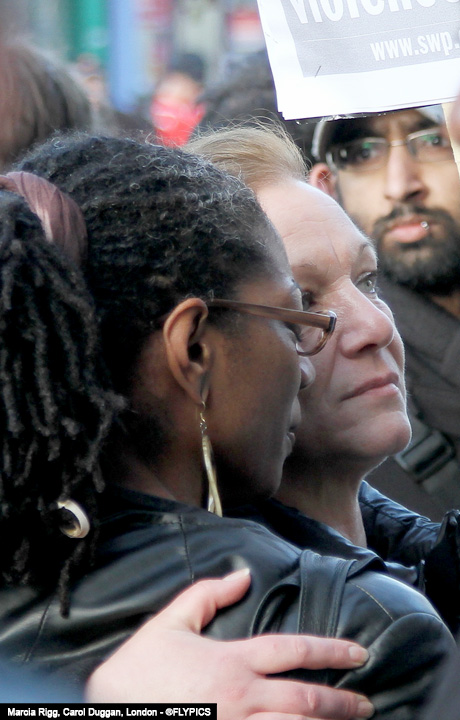 The police were expecting violence and as a precaution one international news network hired up-to fifteen close protection security men to protect their video crews. Pictured above Carol Duggan is comforted by Marcia Rigg. Marcia’s brother Sean Rigg died in horrific circumstances whilst reportedly being held in police custody in Brixton. 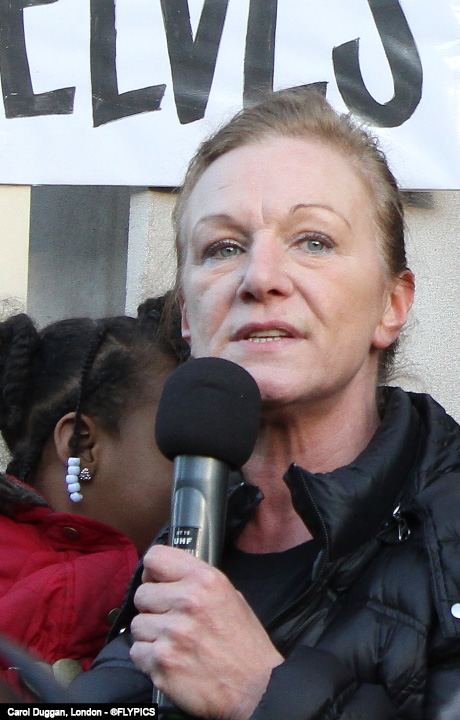 Carol Duggan (above) reiterated her desire for a peaceful vigil. Speaking at the vigil a friend of Mark Duggan said: “The only reason there is not violence here today is because the family have requested peace which we shall respect but you cannot underestimate just how much anger there is on the streets of Tottenham.” 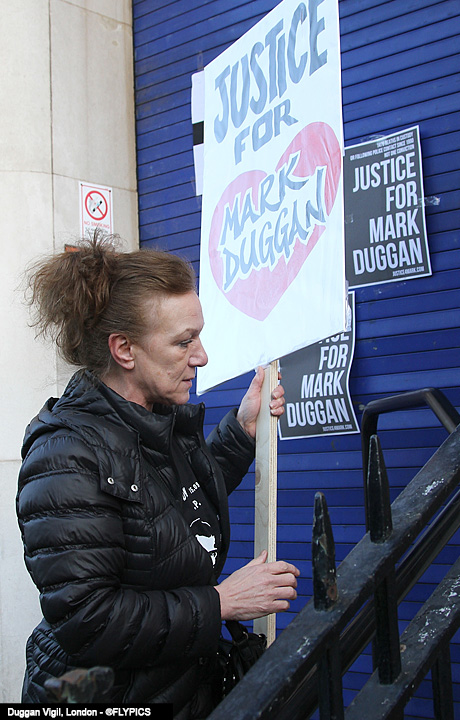 Another mocked the police by saying: “666 is the sign of the beast turn it around and you get the police (999)” a chorus that was repeated throughout the afternoon. 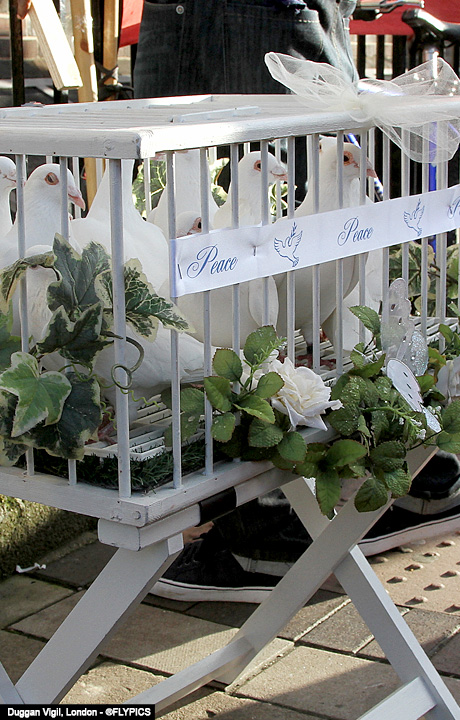 Whether the police will ever be able to rebuild the trust in Tottenham is debatable. With so many young men being stopped and searched there is a fear that they have now lost the support of the younger generations. Speaking on a local radio station one individual said: “There are problems associated with stop and search especially when you later rely on these young men as witnesses or for recruitment, you start to understand the severe impact and fallout of profiling so many people within the community.” 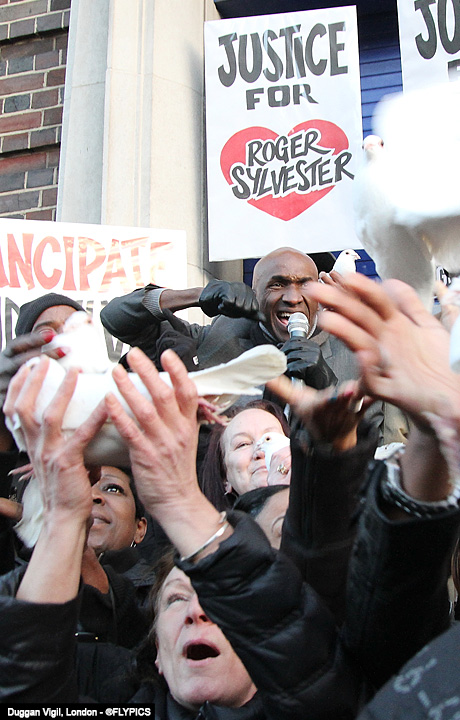 Speaking at the event Stafford Scott said: “We intend to challenge this result even if this means going to the European courts. As a community we are strong and we shall  stay strong.” 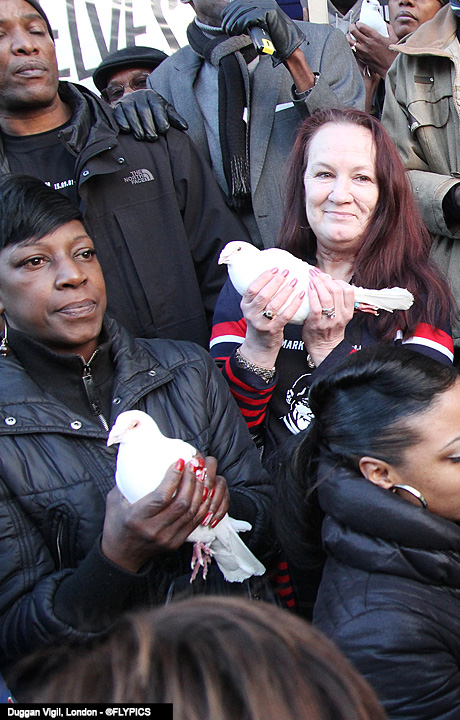 There were also a few words against local MP David Lammy who took the decision to stay away from the event, however Hackney MP Diane Abbott made a brief statement at the event. 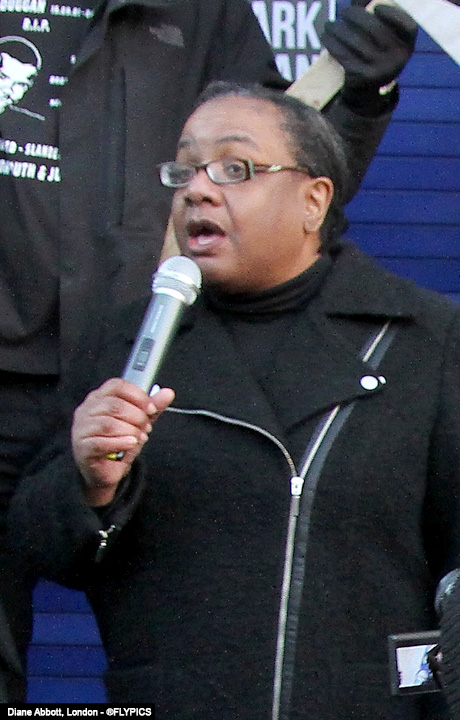