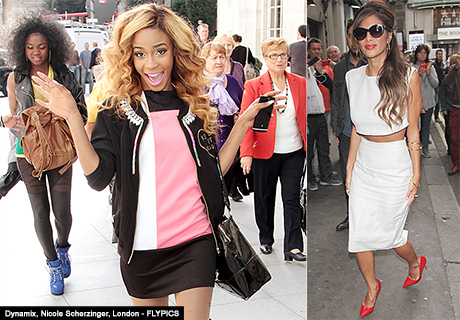 The X Factor UK contestants got a taste of the high-life this week when they rocked up at the BBC studios in central London. 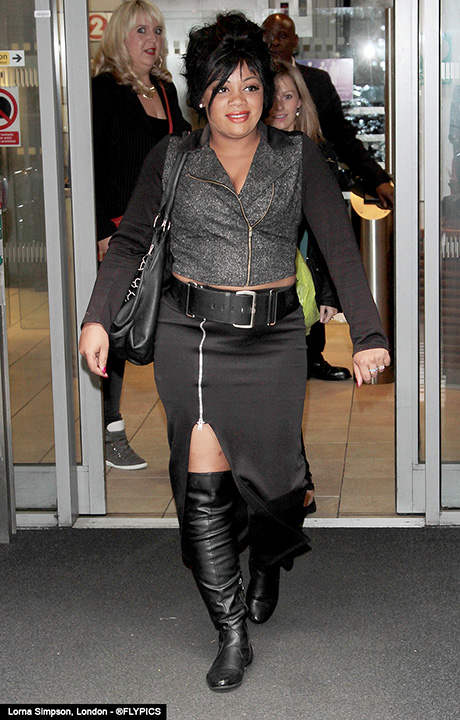 If there were any sign’s of stress before this weekends live performances they didn’t show. 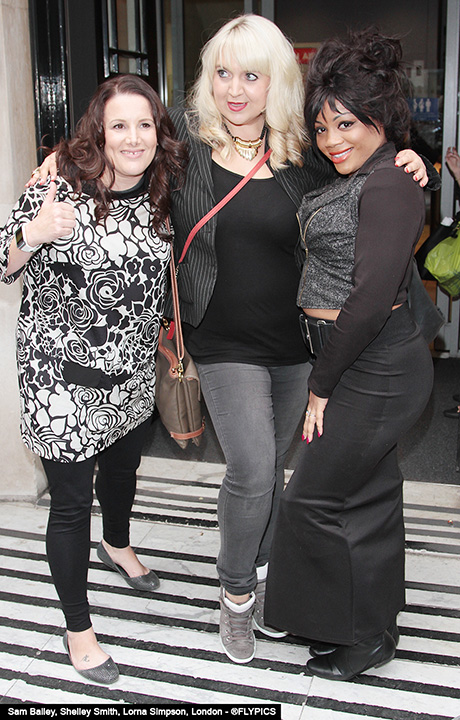 First up was Sharon Osbourne who is mentoring the over 25’s. 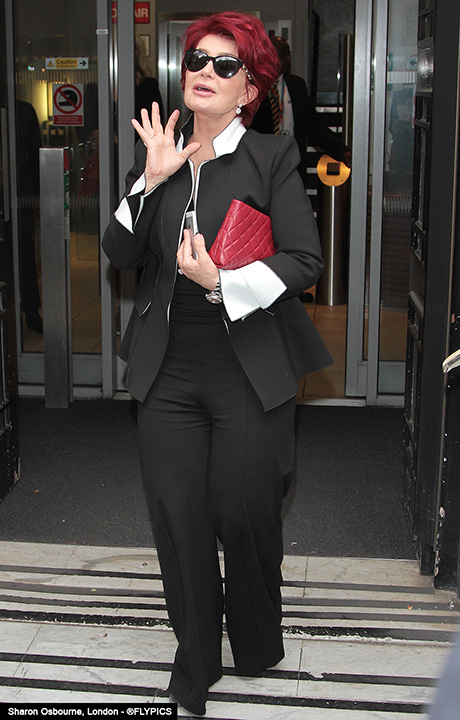 Wearing a black power suit Sharon made sure she stood out from the talent as she casually walked out before the press. Sharon is mentoring the over 25’s who appeared a lot less confident than the younger contestants. They include: X Factor finalists Sam ‘Screwball’ Bailey, Shelley Smith and powerful singer Lorna Simpson. 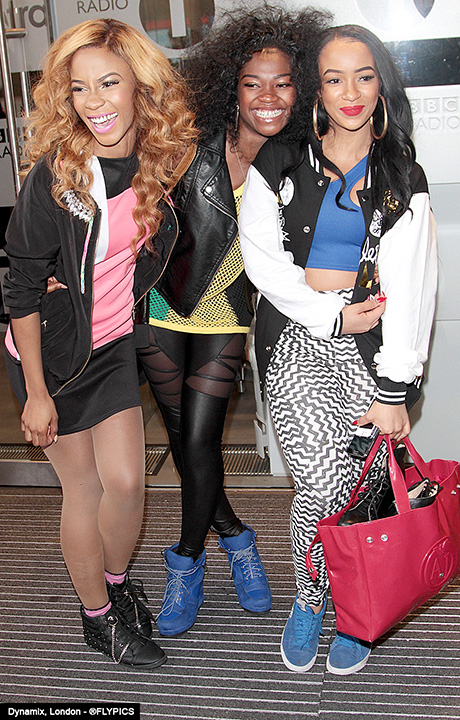 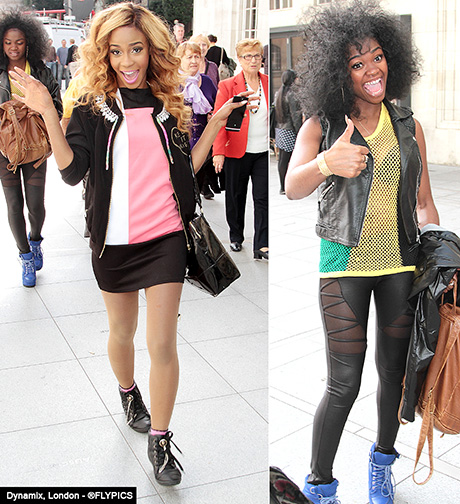 Bubbly singer’s Dynamix have had their fare share of headlines after contestant Shereece Foster (right) announced she was five month’s pregnant with her second child. 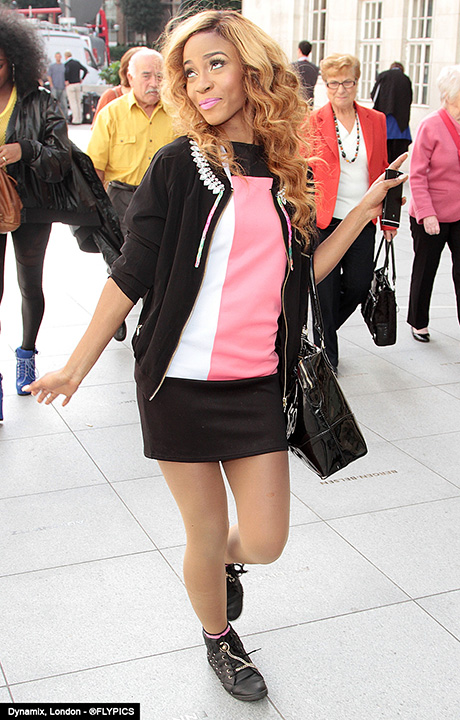 The girls: Shereece Foster, Jeanette Akua and Rielle Carrington admitted that forming a girl-group initially was hard however they’re now enjoying working together. 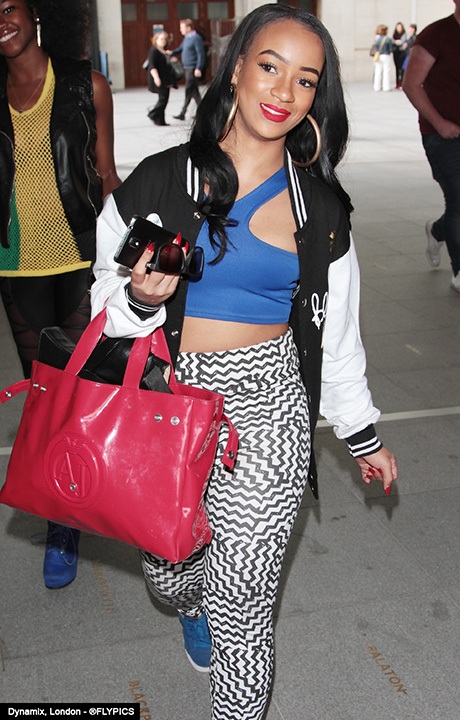 Not wanting to steal the limelight, Nicole Scerzinger did not make a public appearance at Radio One.

Nicole insisted that females who she mentors should be the ones on display. 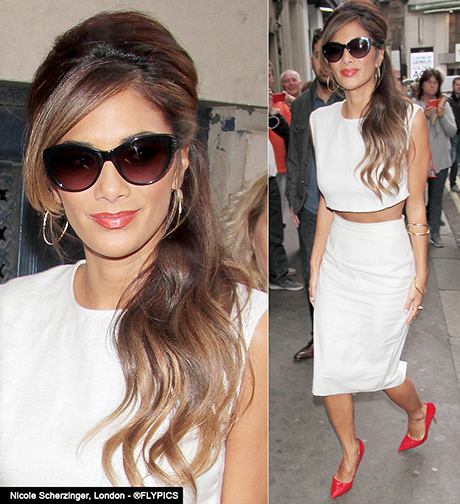 The X Factor judge was pictured later in the day as she arrived for sound-checks at Café De Paris in Leicester Square. 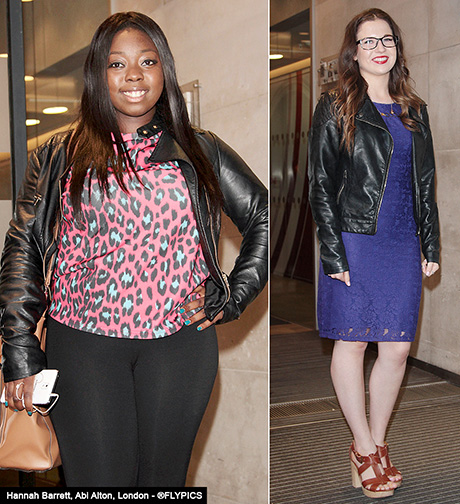 Wearing casuals with wedges Nicole’s girls; Hannah Barrett, Abi Alton and Tamera Foster (below) looked unfazed despite being mobbed by teenagers who had spotted them in central London. 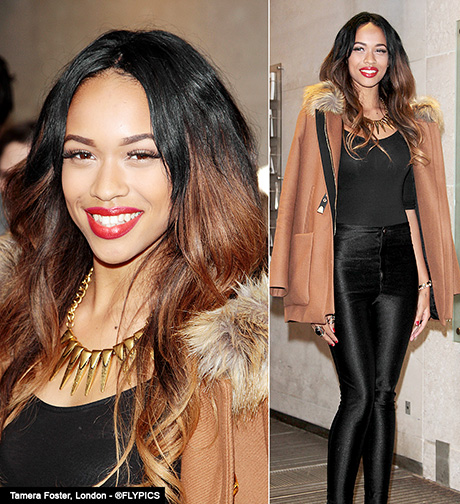 Music for the video (above) is sung by rising star Maria Marshall aka Scorpio.