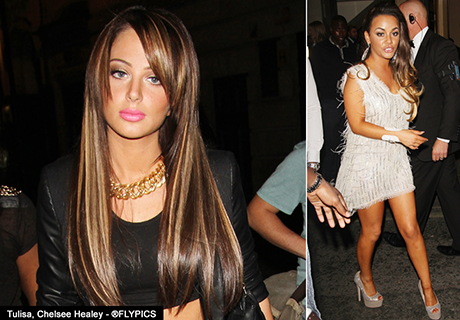 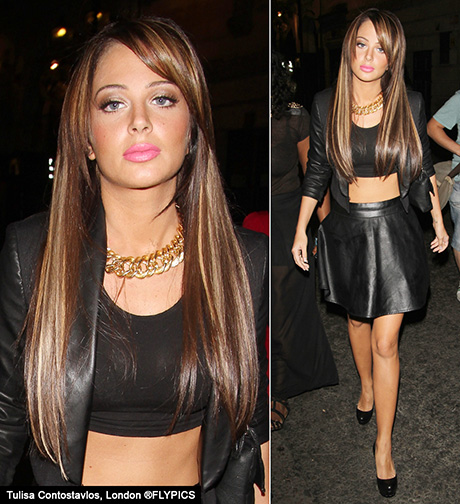 The former X Factor UK Judge cut short her plans to join Chelsee Healey for her Birthday dinner at Gilgamesh in Camden and headed directly to the party in central London. 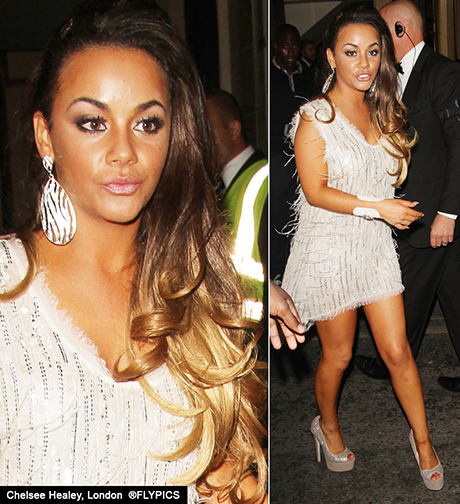 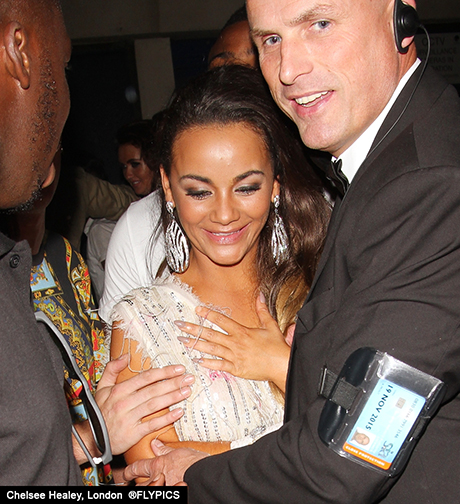 Chelsee had checked into the Mayfair Hotel earlier in the day with her entourage that included former X Factor contestant Marcus Collins. Surprisingly  Chelsee Healey was the first to exit the club at 1.am. “Chelsea was attacked at the same venue the week before,” commented a photographer.

Tulisa’s exit from the less than glamorous nightclub was  far less dignified, the shamed TV star tried to hide behind her friends. 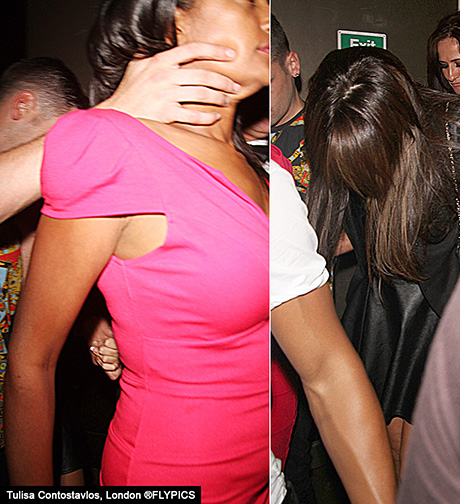 One person in her entourage was so focussed on shielding Tulisa from the glare of the media that he failed to realise he had his hands firmly gripped around the neck of a female member of the group.