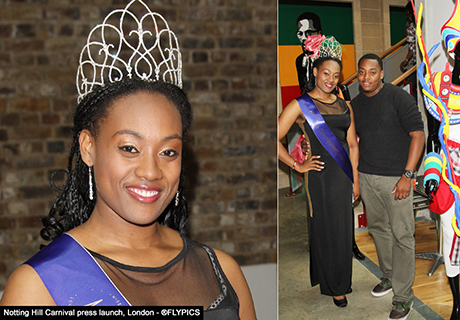 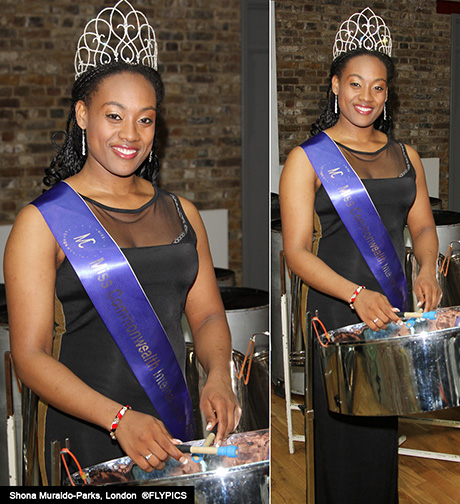 The carnival continues to be the largest street festival in Europe. An ecstatic atmosphere shaped by the artistic excellence of carnivalists which features an abundance of food; dance; music; costumes; and a showcase for emerging talent.

The theme for carnival 2013 is “The stage is we”, a place which embraces multiculturalism and enhances London’s status as a world city.

London Mayor Boris Johnson said: “Our legendary Notting Hill Carnival is one of the world’s biggest street festivals and a prime example of what makes London the greatest city on earth. I hope this years event is even bigger and better than ever.”

Raining Miss Commonwealth International Shona Muraldo-Parks (above) said: “As the granddaughter of a Trinidadian Carnival is an important part of my heritage. I’m here to support the launch of the Notting Hill Carnival 2013.” 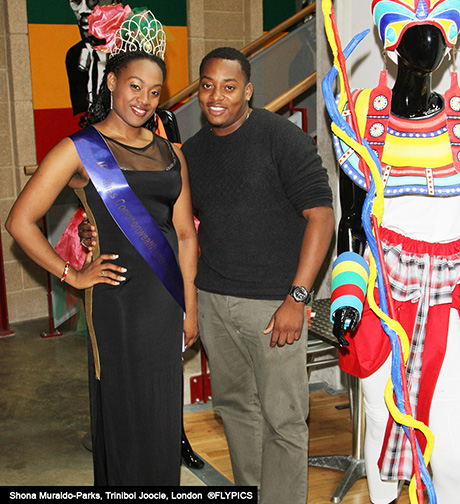 Debora Alleyne De Gazon, Artistic Director – LNHCET said: “My focus is looking at the creative legacy of carnival and looking at the artistic development innovatively. We are looking to see how we can transform carnival from a two-day event, which is a culmination of months of preparation, and hard work to extend it to holding exhibitions, performances and basically send out a message that carnival is a positive thing. Carnival is a tool to bring cultures together.”

“Our theme for carnival 2013 is ‘The Stage is we’” commented Debra. “Life is a stage we are all actors,” said Debra reciting a quote by famous Calypsonian Valentino from Trinidad.

“Carnival is the stage where visitors and revelers can express themselves it’s the integration of cultures and is a place where individuals can become whoever they wish to become on that day whether it’s a king or a queen.

In carnival the music and the static sound systems transform you to another place, I hope that this year when you come to carnival you can find your virtual space and become somebody really positive.” said Debora Alleyne De Gazon. 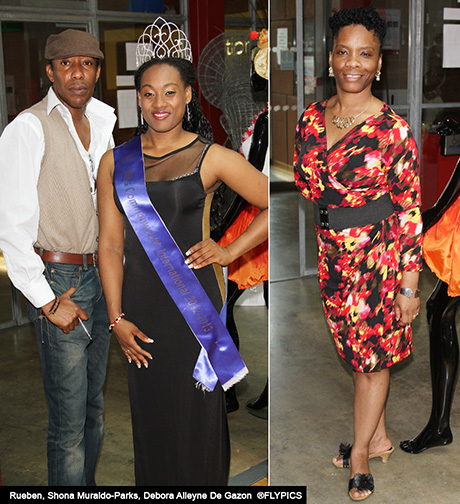 Also attending the Notting Hill Carnival Launch was personal motivator and Choreographer Reuben. Reuben will be drawing upon 100 models to make a stand against gun and knife crime.

Reuben said: “Were getting together 100 models dressed as warriors and princesses to represent the ‘Golden Callabash’. We’re here today to highlight these issues and to make a stand against gun and knife crime in the UK.

When asked how Trinidad’s carnival compares with London’s Notting Hill, Joocie said: “London Notting Hill Carnival is a developing form, Trinidad is seen as the Mecca of Carnival. London is developing and is moving in the write direction.”

Along with defending his Soca Monarch title Joocie said: “During the carnival I like being able to showcase my talent, performing and seeing people react and embrace the music of carnival.” 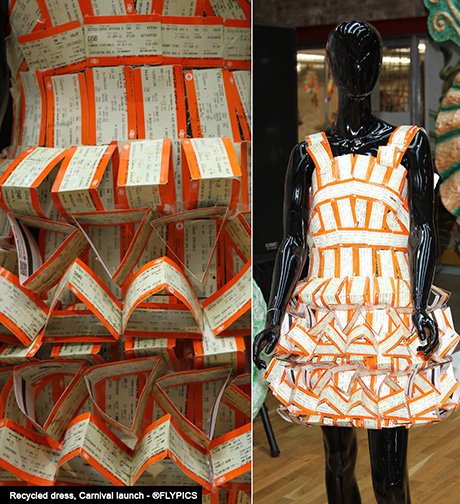