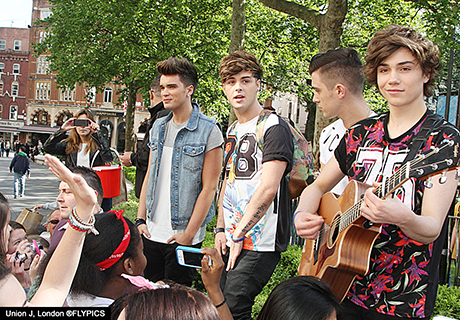 Former X Factor contestant’s Union J took to the streets of London to promote their debut single ‘Carry You’.  Flyer spotted the lads as they emerged from branded taxis in Trafalgar Square.

Earlier Union J kicked of the day with a visit to BBC Radio One where they were interviewed by radio DJ Scott Mills for the afternoon show. 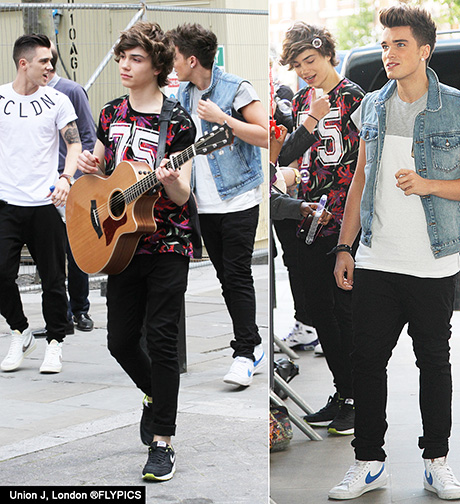 After the show the likeable lads: George Shelly, Jayme Hensley, JJ Hamblett and Josh Cuthbert surprised their fans with a spontaneous performance in Trafalgar Square. 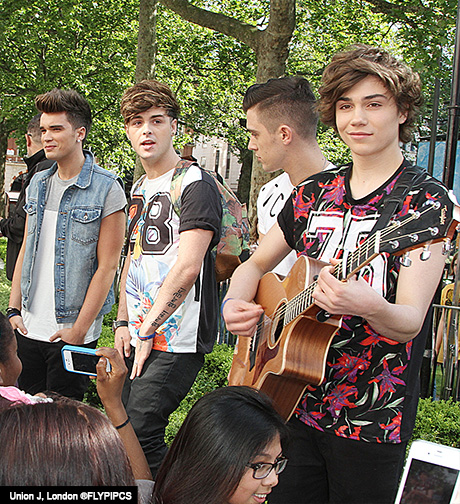 The sight of the branded taxis in Trafalgar Square drew in hundreds on people including an army of Union J fans. Following their spontaneous performance the boys literally had to run from their teenage fans who’d not only grown in numbers but had gotten a little too close for comfort. 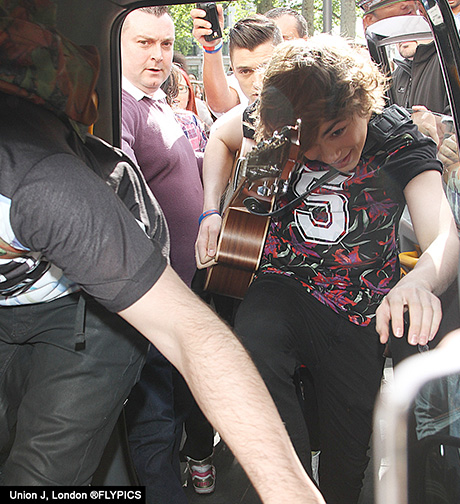 Back on the road again the boys headed to Leicester Square where they performed before crowds of tourists, commuters and their teenage fans. 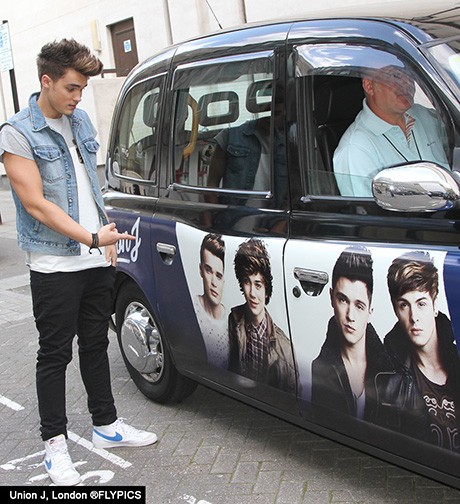