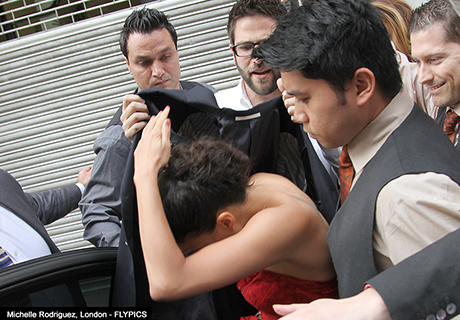 It was a wild week for the stars of Fast & Furious 6 who were spotted hitting up events across the capital ahead of the World premier in London’s Leicester Square however the real action happened even before the premier had got underway. 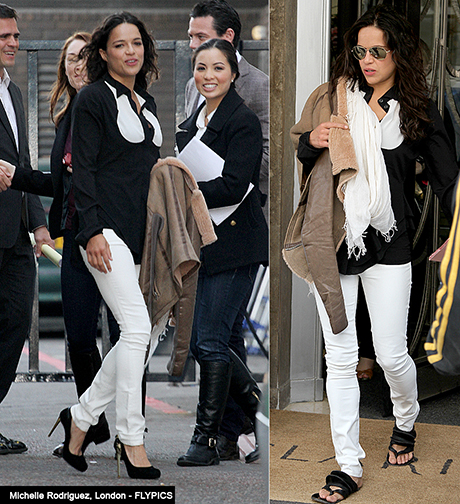 Actress Michelle Rodriguez was spotted at the London ITV studios where she appeared on ITV’s Daybreak. 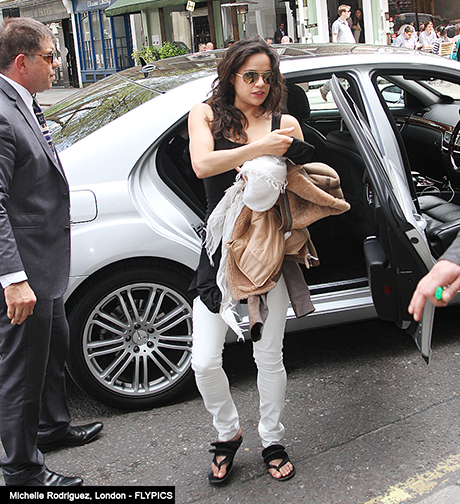 Michelle wasted no time in heading back to her Central London hotel before having a press lunch at Claridges in Mayfair. 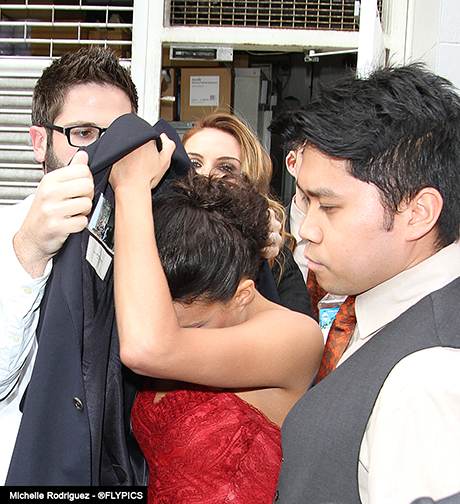 Although Michelle appeared happy to be photographed and traded banter with the paparazzi her PR Team were less than keen for pictures to be taken ahead of the world premier in Leicester Square.

A journalist at the Charlotte Street hotel said: “It was bizarre moment that turned an entertainment feature into a news story.”

Moments before this bizarre incident a driver said: “You never guess what we’ve got planned for you!” which was treated as an open challenge to the paparazzi reported a photographer. 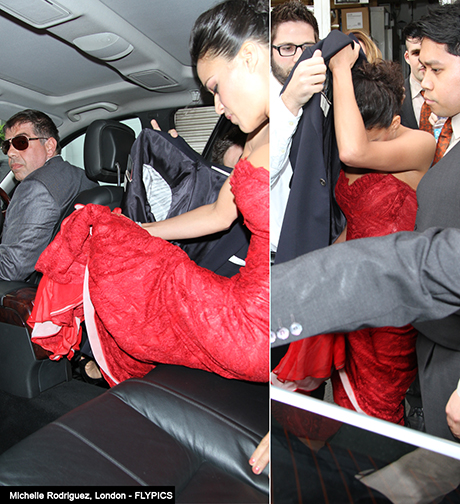 Wearing a strapless red gown Michelle was escorted through a tiny side door at the back of the Charlotte Street Hotel, the star hid behind a blue blazer. 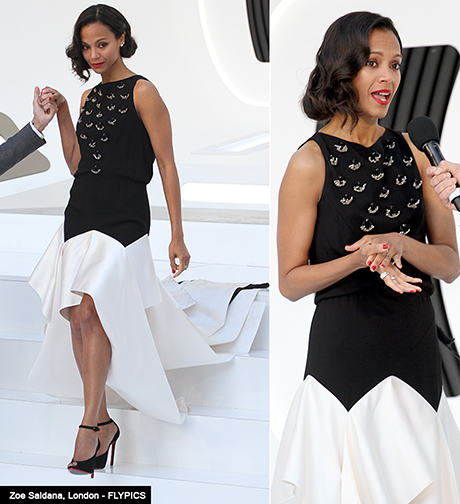 This was in marked contrast to Hollywood actress Zoe Saldana (above) who was happy to be photographed ahead of the World premier of Star Trek Into Darkness the week before.