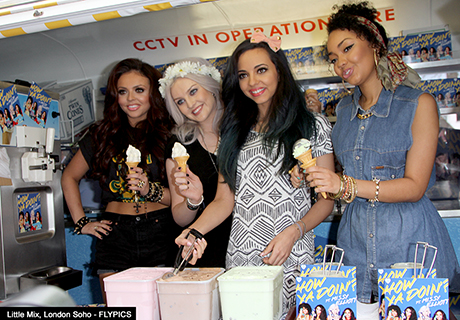 The concept which took a week to plan was to run alongside the promotion of Little Mix’s new single ‘HOW YA DOIN?’ 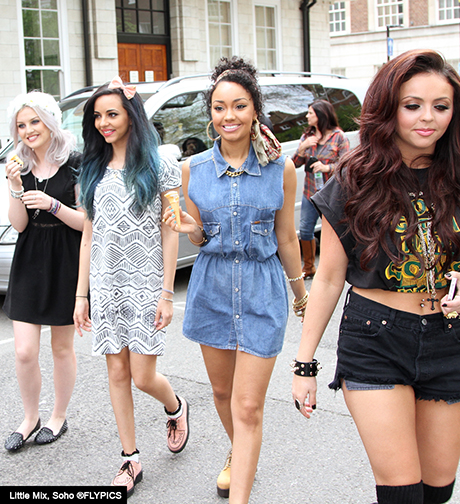 Speaking to FLYER News a team member said: “It has taken roughly a week to plan and the girls were undecided at first on which flavour they wanted to serve to the public. They had a choice of strawberry, mint, vanilla and chocolate. 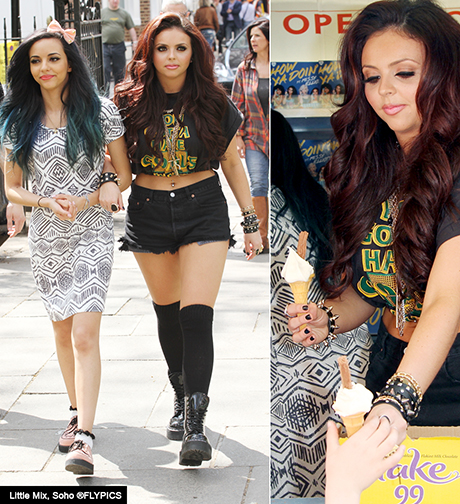 Not content with just serving up ice cream the girls also performed the acoustic single live in Soho Square. 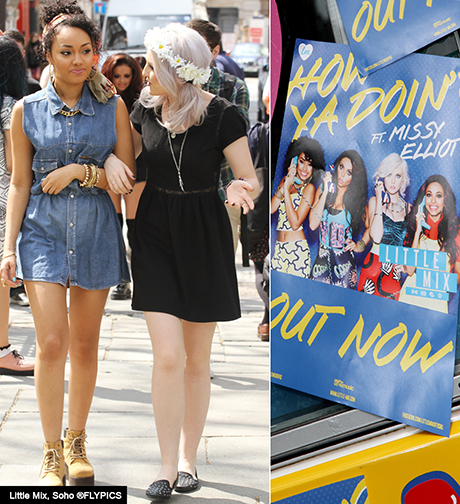 Little Mix fan Rochelle said: “I heard about this event through Facebook last night and couldn’t wait to come down and show my support.” 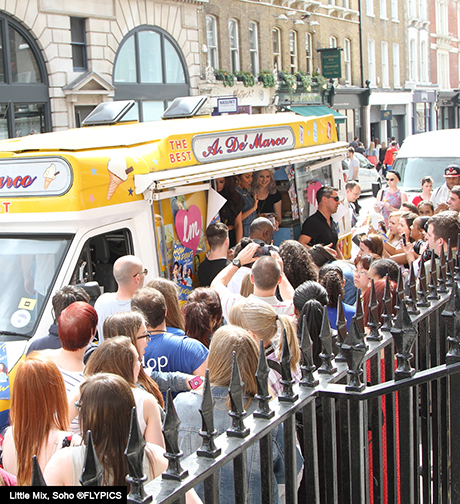 After they had served ice cream to several hundred people in Soho, X Factor 2011 winners Little Mix went to Covent Garden and were greeted by crowds of tourists and their faithful fans. Once again they dished out ice cream and performed two acoustic tracks including their hit single ‘Wings’. 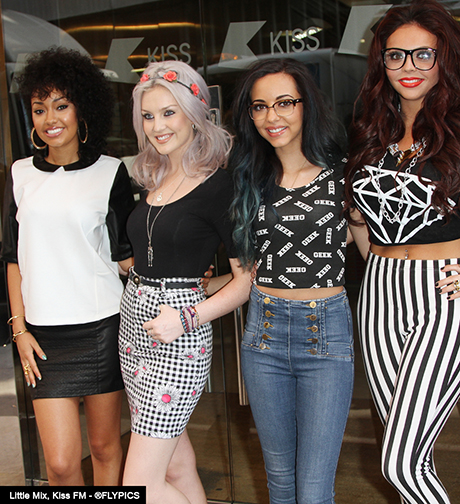 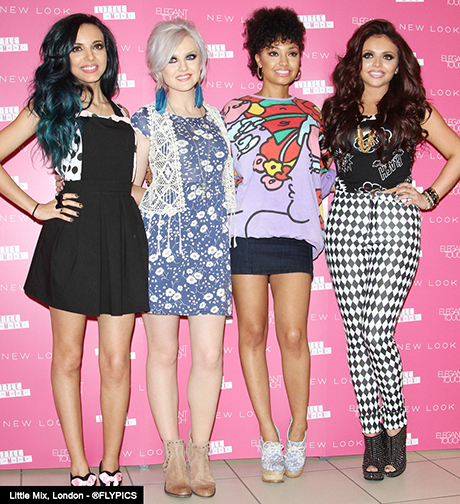 The exclusive launch event was held in-house at the offices of New Look, Westfield, Shepherds Bush. 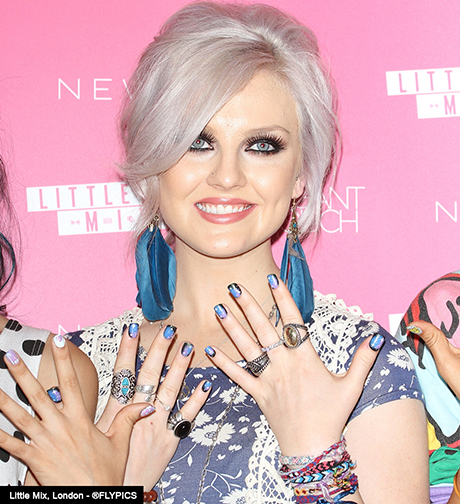 Thousands of people came out out to see the group perform and  launch their peel-on nail collection at Westfield Shepherds Bush.

The girls greeted their fans and signed branded merchandise. 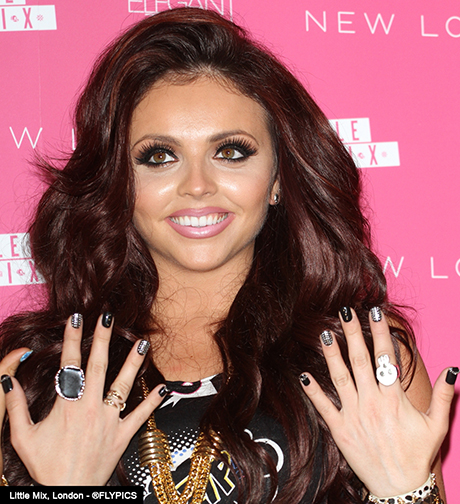 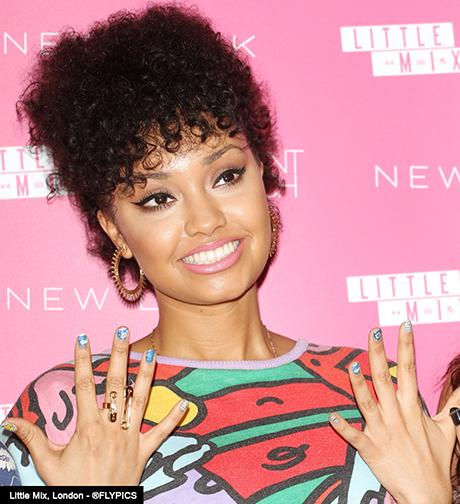 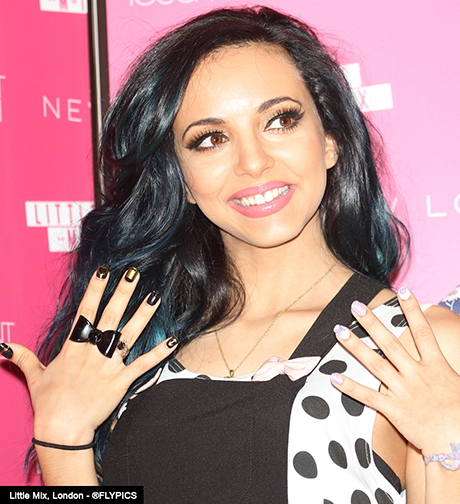